The Foreign Affairs Minister of the Bolivarian Republic of Venezuela, Félix Plasencia, reiterated its rejection of illegal sanctions and urged the members of the Movement of Non-Aligned Countries (NAM) to unite multilaterally against this cruel and inhumane policy, reported the website of the Venezuelan ministry for foreign affairs.

Plasencia made the statements during his speech on Monday, October 11, in the general debate of the NAM meeting held in Belgrade, the Serbian capital, in commemoration of the 60th anniversary of the organization’s founding summit. The NAM includes 120 countries that are not formally aligned with or against any major power bloc, and constitutes the largest grouping of countries other than the United Nations. The organization was founded at the initiative of Egyptian President Gamal Abdel Nasser, Ghanaian President Kwame Nkrumah, Indian Prime Minister Jawaharlal Nehru, Yugoslav President Josip Tito, and Indonesian President Sukarno. Venezuela was admitted in 1989.

The top Venezuelan diplomat called on the members of the international body to defend the Charter of the United Nations (UN).

Plasencia specified that COVID-19, in addition to deepening the gaps between the north and south, has unleashed an unprecedented structural human crisis that affects all areas of life, exacerbated by “a dangerous resurgence of unilateralist tendencies and exceptionalist approaches, to the detriment of multilateralism.”

Plasencia recounted that unilateral coercive measures, inaccurately called “sanctions,” currently affect more than a third of humanity including 30 million Venezuelans, and “are as illegal as they are lethal.” In the midst of the current pandemic, these measures increase difficulties and undermine national efforts to address this multidimensional emergency.

“From government entities such as Washington, as well as from the International Monetary Fund (IMF), which denies our country, for purely political reasons, access to our Special Drawing Rights, today (it is) important to protect our people from the coronavirus pandemic,” said Plasencia.

Faced with this criminal policy of collective punishment, the representative of the Venezuelan government called for redoubling efforts to defend, and increase the effectiveness of, the purposes and principles of the United Nations Charter and the standards of international law. 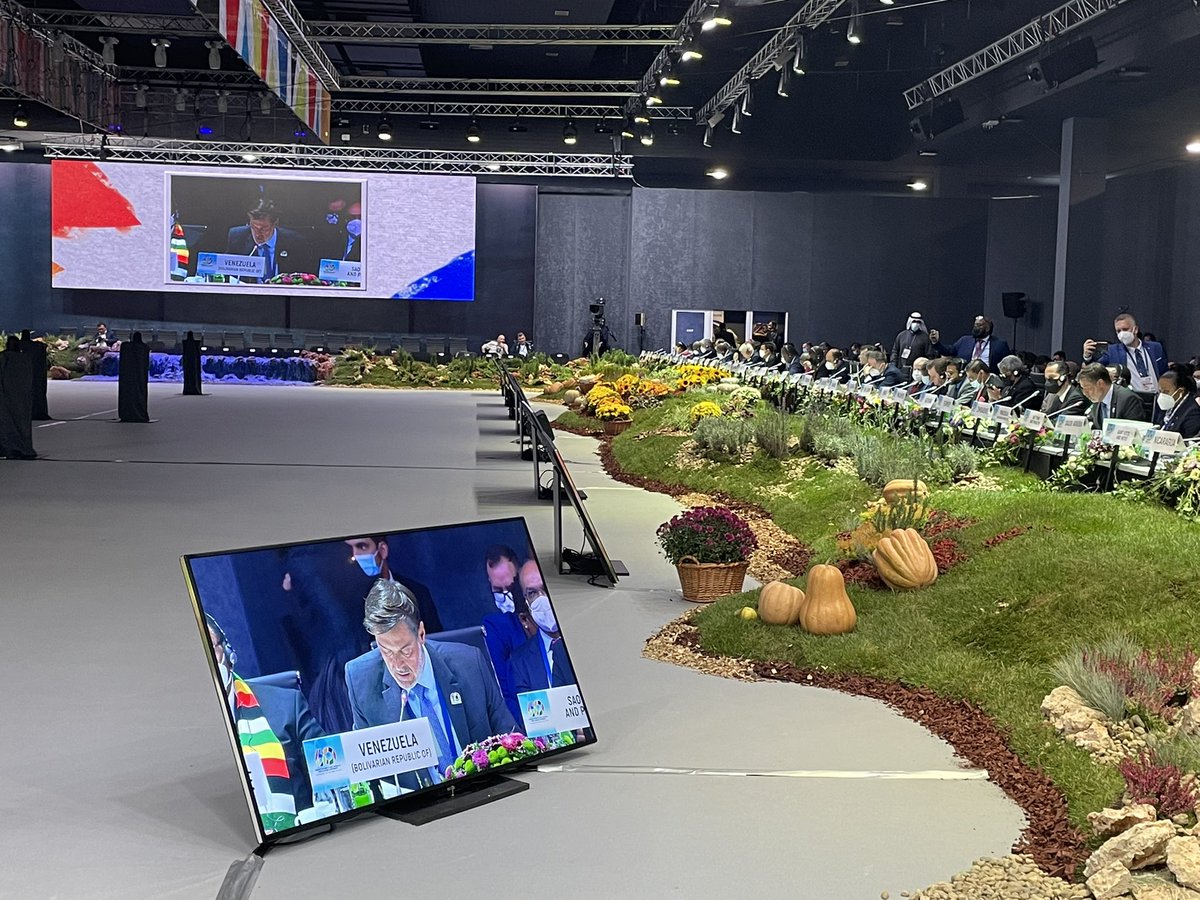 Finally, the diplomat emphasized Venezuela’s firm commitment to continue advancing in the revitalization of the NAM. “It is time to claim our role and our influence in multilateral forums, particularly in the United Nations, for which we must further strengthen unity and solidarity among our members,” he stressed.

Featured image: Venezuelan Foreign Affairs Minister Felix Plasencia during his speech at the 60th Anniversary of the Non-Aligned Movement. Photo courtesy of Twitter/@ViceVenezuela.