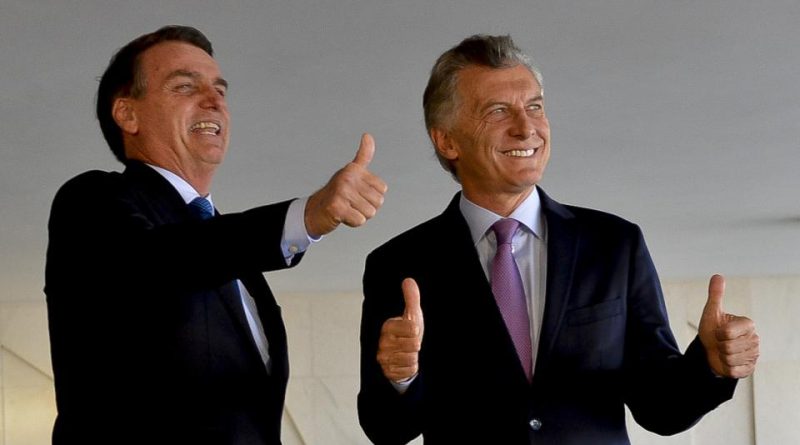 When in the future it is studied how local and international information that we have received, respectively the different populations of the planet, in these times was fragmented, cut, sectioned and disconnected, it will surely be observed that this tendency to partition the facts and not to establish correlations had much to do with the state we find ourselves in today.

We can fall into the media temptation to believe, for example, that the enormous crisis we face in Argentina after the macro experiment (a CEO in each ministry for the first time in the history of a world government, the vultures supporting them for years, the stupor now, how do you understand that stupor if they came to sacrifice us and it was in sight?), has no relation to the fire that stalks the most precious natural jewel, the largest rainforest in the world, the el dorado of multidiversity and the majestic home of those other jewels that the Amazon keeps in its bosom: the more than two hundred indigenous peoples that since the (first) conquest had preserved themselves in their hearts, and had not yet had any contact with “civilization”. “Indigenous people are an obstacle to development,” says Bolsonaro.

We can believe, in that induced confusion, that Macri and Bolsonaro must be studied separately, and not see in one the advance of the other, or two modes and styles of alphas in their most atrocious versions, chosen by someone rather than by their own electorates, to emerge at the same time and unleash in our countries the lowest instincts, the deepest resentments, the most lacerating misgivings in the face of overwhelming majorities and minorities. However, you cannot think of Argentine ruin, without linking it at some point with the fire that has left Bolsonaro internationally exposed as a brute and a liar. It is exactly at the same time that the great world press and the local hegemonic press are “discovering” that they “overestimated” Macri, and distance themselves.

The brutality of the Brazilian president who would have never come to power without the previous political trial trickery against former President Dilma Rousseff and without the lawfare that holds Lula in jail, this week was addressed with an inexcusable awkwardness against French President Emannuel Macron. He did not turn to him to refute what Macron said in the G7 about the breach of the commitment he made and signed by Bolsonaro for the preservation of the Amazon. The forest fire and virgin forests passed to the diplomatic level when Norway, Germany and France, first, announced that they would cut financial aid for that region because Bolsonaro was failing to comply with his part. A political argument.

But Bolsonaro does not live in the world of politics or diplomacy. Bolsonaro lives in contempt. And he mocked Macron because he has a wife twenty years older than him. And as if that was not enough, he uploaded a photo of himself with his young wife, the same as in the middle of the campaign, when they asked her what it was like to live with a man who loved weapons so much, she said, “Well, in love you also have to fear a little.” The French answer came fast, in a press conference, Macron said he felt sad at the lack of education of Bolsonaro, that he felt sadness for the Brazilian people and that he wished that they would soon have a president of a stature fitting the circumstances.” He also said he was sure that Brazilian women felt shame at that excess from their president. Indeed, the next day, thousands and thousands of Brazilian women raised the hashtag #DisculpasBrigitte that the French first lady thanked them for in Portuguese.

If we continue to relate facts or news that are presented to us as fragments, we cannot stop relating to the Swedish teenager Greta Thunberg, on whose imminent role we have been insisting in these notes, with the ravages that not only allows but encourages Bolsonaro (he had already warned the original communities that he would give the landowners weapons to use as they wanted), which rejected the help of the G7 and continues to burn the world. Greta arrived in New York for the Climate Summit that this time will be global, on a sailboat and already identified as “the leading girl” of the current secondary school generation. Almost everything Greta has been saying in all the podiums where they receive her is being fulfilled in Brazil. Greta fights against the emission of gases. According to scientists, the most dangerous are those that arise from large-scale livestock. That is one of the reasons for the deforestation of the Amazon.

If it were a matter of continuing to spin out the thread, we could continue, because these resounding failures of the extreme right do not prevent the extreme right from following its path as a resistant bacterium. Look at London: the new prime minister came up with “closing” the Parliament. Look at Spain: Madrid traded Carmena for a young woman from the PP who is prepared to privatize public education. The thread of relations is infinite, because the plot is the same, the plan is the same, the deformation of the sense of reality of the peoples occurs through equal and enormous devices against which lucid voices are as diluted as the little stars of Christmas.

But finally, one more relationship. Those who are letting that huge portion of precious territory burn are the same that let the bodies of the tainted people burn in the streets, in the dumps, in the peripheries. They are the same as in Brazil or in Argentina or in Spain or anywhere else they have conceived the possibility of the world as a pure object for their own income, and have taken politics hostage and have been sold like high-end cars in exchange for a lot of ads. What they are destroying in an irreversible way is our world, the ancestral guardians who now flee desperately without knowing where to run, because for centuries and centuries they kept in touch and harmony with what surrounded them. No NGOs, no relevant personality, no Nobel prize has done as much for the preservation of the planet as have the first peoples of Latin America.

They have a key that the civilization to which we belong never had. They, that ethnic mixture of a beastly stubbornness that has managed to transmit its secrets to itself, are assimilated to species, to so many other species whose end the neocolonial power has already decided. There was a time when the colonization of these peoples came to establish this way of life that today sounds its death rattle. In this new neocolonial outpost, when we see original peoples fleeing, run off by the fire, let us know that for the new colonizers we are also Indians. If we don’t throw them, they will burn everything around us. They do not colonize to reign. They colonize to sell. 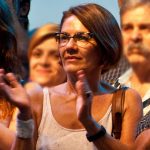 Sandra Russo (Buenos Aires, April 29, 1959) is an Argentine journalist, writer and editor. She writes in the newspaper Página / 12 and participated in the television program 6, 7, 8, which was broadcast on the Public TV of the Argentine Republic.

Sandra Russo (Buenos Aires, April 29, 1959) is an Argentine journalist, writer and editor. She writes in the newspaper Página / 12 and participated in the television program 6, 7, 8, which was broadcast on the Public TV of the Argentine Republic.