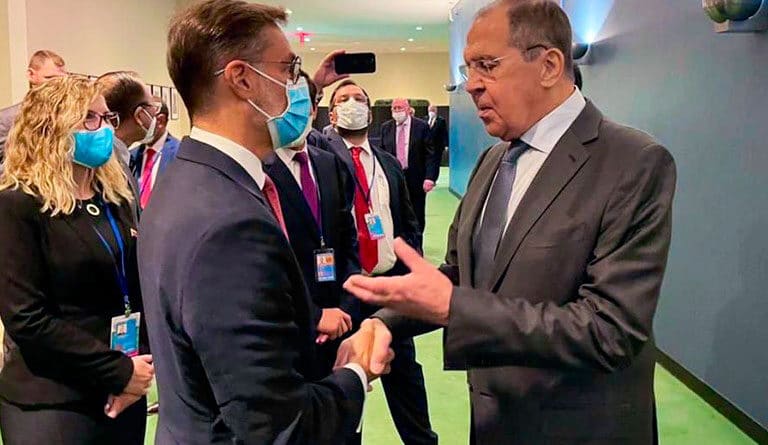 Plasencia posted on his Twitter account: “strong speech by Chancellor Lavrov, in defense of the principles that inspired the #UN Charter. Upon his departure from the General Assembly, we conveyed our greetings from President @NicolasMaduro to President Putin and ratified our mutual commitment in defense of multilateralism.”

In his speech, Lavrov denounced the commercial harassment and the illegal imposition of coercive measures by the US against other countries. Lavrov stated: “within the same ‘rule-based order,’ the United States maintains the archaic trade embargo against Cuba and tries to dictate its will to the peoples of Venezuela and Nicaragua.”

Plasencia is present at the United Nations due to the 76th UN General Assembly, which will run until Monday, September 27.