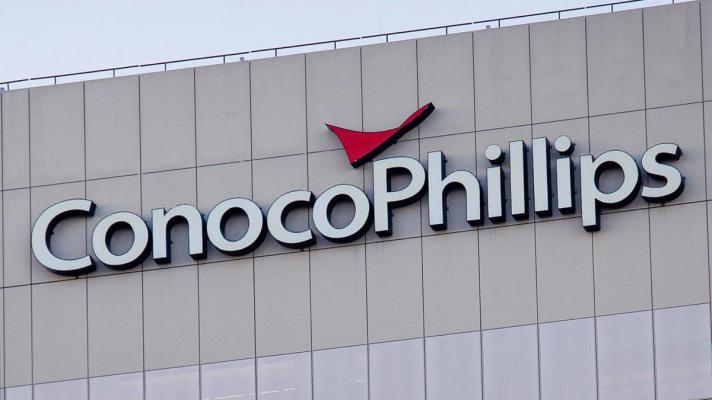 Suspicious information has recently surfaced about the handling of Venezuelan assets abroad, this time referring to possible behind-the-scenes negotiations between members of the Guaidó gang and the US oil company ConocoPhillips.

A document from the US District Court of Delaware was recently revealed which suggests that an agreement was made by Juan Guaidó’s “government” to benefit ConocoPhillips, in the order of a little over $1.287 billion in the form of claims made by ConocoPhillips to Venezuela.

After losing an arbitration that favored ConocoPhillips, President Nicolás Maduro’s government proceeded to make payments to the US oil company. However, these payments were interrupted since 2018 due to the implementation of the financial blockade against Venezuela.

After a string of legal skirmishes, ConocoPhillips has maintained its legal pressure and remains in litigation in Delaware, suing Venezuela in a judicial process that recognizes the non-existent “interim government” as the representative of Venezuela.

Delware Court acknowledges an Agreement Between Guaidó and ConocoPhillips
The aforementioned document, issued by the Delaware Court, did not clarify the payment conditions of the supposed agreement, which may be considered “inexplicable,” due to the declared “insolvency” that the fake government has claimed to have.

Additionally, the payment commitment document, in the sum of $1.278 billion, was extremely striking, given ConocoPhillips’ interest in illegally collecting its “debt” from Venezuela.

ConocoPhillips has proposed that Venezuelan state company CITGO Petroleum should declare bankruptcy, in order to proceed with its liquidation and take its assets as a form of “payment.” They also tried to take over the Citgo Houston refinery with the same purpose.

The sensitiveness of the context
The accusations issued in the document point directly at Juan Guaidó’s fake “government,” raising the possibility that Guaidó’s acolytes residing outside Venezuela were negotiating CITGO’s assets behind the backs of the opposition parties and the country in general, and without being subject to any sort of national comptroller mechanism.

The context of the Delaware Court document is extremely delicate, considering that the dialogue between Chavismo and the opposition, going on in Mexico, seeks agreements in favor of a recovery of Venezuela’s national assets seized abroad.

Recently, the Monómeros Colombo-Venezolanos company, the second largest national company abroad, based in Colombia, was seized. The Iván Duque government has appropriated these assets at the time of the ongoing Venezuelan dialogue, and this should be considered as a clear bet on the failure of the talks in Mexico.

The Monómeros takeover had the notorious endorsement of Juan Guaidó, who supported the measure, which even displaced the Monómeros directive board that Guaidó himself had proposed, and which resulted in the rejection by the parties that support him and who even contacted Iván Duque expressing their rejection.

Guaidó’s consent in regard to the seizure of Monómeros evidently set off alarm bells once the Delaware document was published, since this reveals that Guaidó is negotiating CITGO’s assets in a manner favorable for ConocoPhillips, just as he had discreetly done the same with the Duque government in the case of Monómeros.

These situations raise the possibility that Guaidó is playing two hands, trying to incorporate the abstentionist Venezuelan opposition into the political route through the dialogue in Mexico, seeking amnesty and impunity, while trying to make the recovery and return of the national assets abroad impossible, by delivering them to foreign companies and institutions.

“Clarifications,” contradictions and doubts
In a statement made by the self-titled “Special Prosecutor’s Office of the Republic,” which in reality is the attorney’s office of Guaidó’s fake government, supported by the US, it was pointed out that neither the prosecutor nor Guaidó have made a payment agreement with ConocoPhillips.

The statement reads: “There is also no agreement regarding the final sale, or in process of sale, or the assignment of PDVSA, PDV Holdings and/or CITGO Petroleum Corp. shares with ConocoPhillips Company or other creditors of the Republic of Venezuela.”

The fake attorney’s office also explained that “as is customary in judicial processes” in the United States, judges request parties to present their preliminary proposal for reparations to the other party, in the event of an unfavorable decision:

Under this procedural assumption, a judicial assistant named “Special Master” was appointed, who has only initiated a valuation process of the company and has reviewed the information provided by some creditors who pretended to participate in a hypothetical sales procedure.

Said “Special Master” produced a public report which recorded the amounts (paid and owed) reported by the creditors, and which indicated that the Venezuelan parties have stated that they have reached an agreement with ConocoPhillips regarding the pending amount of the ConocoPhillips Judgment:

It should be clarified that such an indication, in addition to being erroneous, does not imply in any way, nor can it presume or conclude, that the interim government has entered into a payment agreement with said company. It is false, that the amounts previously paid by the Republic of Venezuela or by PDVSA to creditors have been made by the interim government, since the amounts included in the relationships presented by said creditors and expressed in the document in question, were previously made by the Maduro regime, or through deposits already made by the regime previous to February 2019.

However, the antichavista economist Francisco Rodríguez, head of consulting firm Torino Capital, lambasted the fake attorney’s statement in a series of tweets, questioning its content and putting in doubt the “ability and competence” of the “defense” in the Delaware Court.

Rodríguez pointed out that in reference to a response from the fake attorney’s office to the “Special Master,” the Venezuelan “defense” in Delaware at no time questioned the agreement, nor did they point out the existence of an “error” as indicated in their statement.

RELATED CONTENT: CITGO Lost Profits under Guaidó’s Administration, When it Should Have Earned More Than a Billion Dollars

“In other words,” wrote Rodríguez, “the statement from the interim government recognizes that its lawyers failed to ask the court to clarify the alleged error from the judicial expert and allowed the clarification period to pass.”

“This omission is not trivial,” added Rodríguez in his Twitter thread. “The expert’s report provides the evidence to be used by the court in its decision on the future of CITGO. The court will decide on a possible sale based on the non-corrected assumption, that there is an agreement with Conoco.”

“The Special Prosecutor’s Office clarification, therefore,” concluded Rodríguez, “does nothing more than sow serious doubts about the capacity and competence of the legal representation exercised by the lawyers of the interim government in the judicial defense of Venezuela’s assets.”

Negligence or deliberate acts? The risks are obvious. The operation of the fake government as a black box abroad has shown its malpractices that are clearly harmful to the Republic of Venezuela.

The possibilities of CITGO being dismembered to respond to demands by its “debt creditors” (called so by the fake government) loom in a horizon of evident complexity.

CITGO’s fate at the Delaware Court hangs by a thread, and this fate could well be the granting of licenses or authorizations from the Office of Foreign Assets Control (OFAC), a body under the US Department of Treasury, that could authorize the liquidation of CITGO or the seizure of its facilities and financial assets.

OFAC recently extended the “protection” of CITGO until January 2022, temporarily disabling US courts from dismembering it as payment to plaintiffs such as Crystallex and ConocoPhillips.

This means that, unless important agreements occur in Mexico, such as the definitive expiration of the fake government, CITGO’s fate will remain strictly in the hands of the Delaware Court, once OFAC decides to take away the protection that today keeps the courts at bay.

If the court proceedings were to develop further as they seem to be doing now, it is clear that CITGO could be dismembered.

All of this can be explained through the deliberate negligence by the fake attorney general’s office, or by secret agreements that Guaidó could be forging while his representatives are in Mexico.