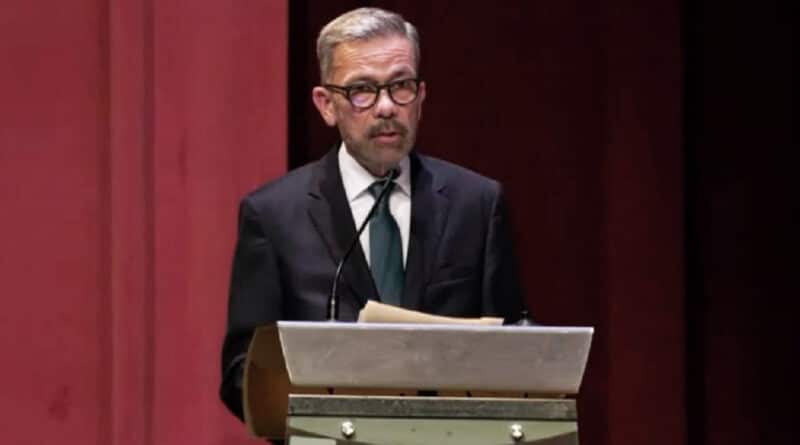 According to the head of the Venezuelan opposition delegation Gerardo Blyde, representatives of the Government of Nicolás Maduro did not arrive for the next round of talks in Mexico City, which was supposed to begin this Friday, September 24.

In a statement made by Blyde on his Twitter account: “in the absence of the delegation of the regime today, the delegation of the Unitary Platform reiterates its commitment to advance in this process, always within the rules previously agreed in the Memorandum of Understanding.” Blyde highlighted the willingness of his delegation to continue negotiations on issues of social importance and in a discussion on the Venezuelan justice system, he also promised to report, in a timely manner, the progress of the negotiations.

In response, the head of the government delegation, Jorge Rodríguez, criticized the speech made by the United States Charge d’Affaires in Venezuela, James Story who, Rodríguez declared, controls the Venezuelan opposition.

Rodríguez stressed that: “the Bolivarian Govt will NEVER attend to an agenda that tries to impose such a character.”

The third round of talks in Mexico City was scheduled to take place from September 24 to 27. A week before the meeting, Rodríguez published a statement on his blog condemning the opposition’s attempts to divert the discussions from the issue of the immediate return of Venezuelan assets blocked by sanctions in third countries, in particular, regarding the expropriation of the chemical company Monómeros Colombo Venezolanos by Colombia.

During the first two rounds of the renewed negotiations, centered on a resolution to the Venezuelan crisis, the parties adopted a Memorandum of Understanding and agreed to ratify and protect Venezuela’s sovereignty over the Essequibo region, disputed with Guyana, and also approved agreements regarding the social protection of Venezuelans.

In Venezuela, in early 2019, massive protests against President Nicolás Maduro began shortly after he was sworn in. Juan Guaidó, head of the opposition-controlled National Assembly, illegally proclaimed himself the interim head of state. Several Western countries, led by the United States, announced their recognition of Guaidó. In turn, Maduro called Guaidó a US puppet. Russia, China, Turkey, and several other countries supported Maduro as the legitimate president of Venezuela.

Featured image: Gerardo Blyde at the Mexico Talks between the Government of Venezuela and the Opposition. Photo: File