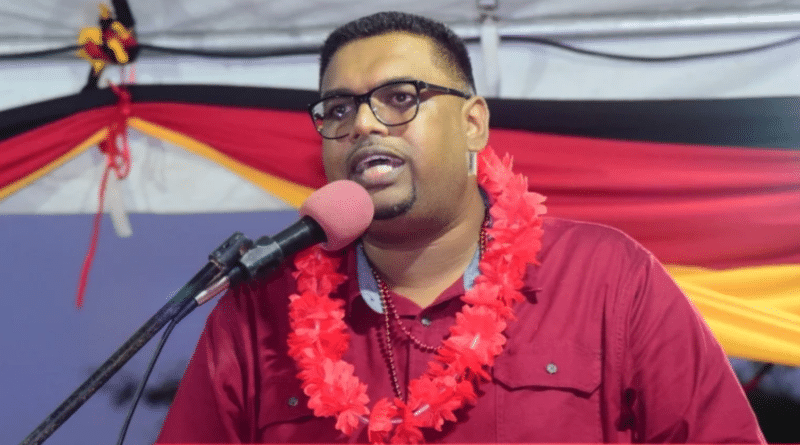 On Monday, the Bolivarian republic of Venezuela welcomed the announcement of a new president of Guyana, Mohamed Irfaan Ali, after the elections of last March that were inexplicably delayed.

In a statement released by the Minister of Foreign Affairs, Jorge Arreaza, the Venezuelan administration urged the country “to resume cooperative ties”

In this sense, Venezuela reiterates the need to “reactivate the mechanisms of dialogue and negotiation as soon as possible” regarding the controversy over El Esequibo.

In this regard, it reaffirms that the arrangement should focus on the 1966 Geneva Agreement, “an international legal instrument of full force for both parties.”

Here is the full unofficial translation:

The President of the Bolivarian Republic of Venezuela, Nicolás Maduro Moros, on behalf of the Venezuelan people and Government, congratulates the people of the Cooperative Republic of Guyana after the electoral process that, after a prolonged period of recounting votes, allowed the definitive results of the regional and general elections held on March 2 to be known, in which Dr. Mohamed lrfaan Ali was elected as president.

Venezuela recognizes the democratic will of the Guyanese people and extends its congratulations to the Progressive People’s Civic Party (PPP / C) for the victory won, while wishing the best of success and performance to the new government.

The Government of the Bolivarian Republic of Venezuela vows to resume the ties of cooperation and good neighborliness that characterized the comprehensive bilateral relationship with Guyana until 2015, always seeking the shared development of both peoples.

Finally, referring to the historical territorial controversy over Essequibo territory, the Bolivarian Republic of Venezuela reiterates to the new Government of the Cooperative Republic of Guyana the need to reactivate the dialogue and negotiation mechanisms as soon as possible to reach a practical and satisfactory settlement, always framed in the 1966 Geneva Agreement, an international legal instrument of full force for both parties.