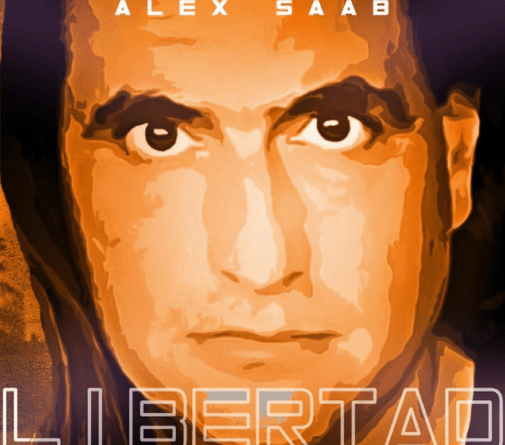 Venezuelan diplomat Alex Saab remains defiant after over 14 months under US-ordered arrest in the African archipelago country of Cabo Verde. A special envoy of the Venezuelan government, he is fighting extradition to the US for the “crime” of trying to procure humanitarian supplies of food, fuel, and medicine from Iran in violation of illegal US sanctions. To date, Saab’s legal appeals for freedom have been either denied, rejected, or ignored as his extradition to the US is becoming increasingly imminent.

The legal case
Saab continues to fight this flagrant attempt of extra-territorial judicial overreach by the US. In response to Saab’s recent appeal to the US 11th Circuit Court, the US filed on August 24 an application for an extension to reply on October 7. This legal delaying tactic is likely a US ploy to allow Saab’s pending extradition without recognizing his diplomatic immunity.

Under the Geneva Conventions, a credentialed diplomat such as Saab has absolute immunity from arrest, even in the time of war. The US does not recognize Saab’s diplomatic status as if Washington has the authority to qualify who other countries may choose and receive as their ambassadors.

To begin with, Saab’s arrest on June 12, 2020, was arbitrary, illegal, and irregular. While on his way from Caracas to Tehran, his plane was diverted to Cabo Verde for a technical fueling stop. Saab was forcibly removed from the plane by Cabo Verdean police who did not have an arrest warrant.

The day after the arrest and detention, the US had INTERPOL issue a Red Notice, which was subsequently annulled by INTERPOL. And when the arrest warrant arrived after the fact, it was made out in the name of a person who was not Alex Saab. Such is the truly farcical legal basis for the diplomat’s detention.

Cabo Verde is a member of. and under the jurisdiction of, the Economic Organization of West African State (ECOWAS) Court of Justice, which ordered Saab to be released and even paid damages by the Cabo Verde government. Cabo Verde appealed the ruling, lost, and then claimed – even though it had recognized the authority of the court by participating in the proceedings – that it did not have to obey the court’s orders.

Saab’s legal team went to the Cabo Verde Supreme Court with a writ of habeas corpus. This was denied on the absurd grounds that Saab was at “liberty” under “house arrest.” In fact, he was not only detained but not allowed to be treated for a cancer condition by his doctors or even meet with family who came to support him when they first came to Cabo Verde. Only after pressure was Saab allowed minimal visitation.

On August 13, Saab’s case came before the Cabo Verde Constitutional Court contesting his detention on twelve constitutional grounds. Saab was not allowed to appear in person at the court. Although the Constitution Court is bound to respond, it has simply run the clock so far.

The political case
This legal theatre around the Saab case serves as an obfuscation for what is fundamentally a political case of the US attempting to impose regime-change on Venezuela through its punishing unilateral coercive measures; measures which amount to an unlawful blockade of the Latin American nation.

The US wields an inordinate amount of influence on one of the smallest nations in the world with a larger Cabo Verdean population in the US than on the home islands. With few natural resources, Cabo Verde is dependent on remittances from abroad and more unfortunately is “a waypoint for illicit drugs and other transnational organized crime,” according to a US government report. With a GDP of only $1.7bil, the current $400mil US embassy building project is a considerable carrot for Cabo Verde.

The political nature of the case is in effect recognized by the US. Saab is accused by the US of being the mastermind behind a network of sources that has allowed Venezuela to bypass the US blockade and procure needed supplies, which is the reason for targeting Saab. In pursuit of enforcing its illegal sanctions, the US would likely want to extract from Saab information on how Venezuela has tried to circumvent the blockade, which the US has imposed to asphyxiate Venezuela into submission.

Saab alleges that he has been tortured while in Cabo Verde. He has reason to expect that he would face more of the same, if he were extradited to the US, to force him to not only disclose his trade contacts and channels but to denounce the government of Venezuela.

Saab in his own words
Saab, however, remains defiant. On August 19, Saab legally charged Cape Verdean authorities with gross misconduct in his case including torture. The following are his own words in a statement released through his lawyers August 25:

“Cape Verde has not decided yet because despite having all legal terms expired and having clear knowledge that innumerable laws have been violated, the fact of now having to totally violate its own constitution in order to extradite me, upsets the conscience of those judges of the Constitutional Court, who have been honest until now, but who are strongly pressured by the US.

In Cape Verde, its president, the prime minister, the corrupt attorney general, and even the humblest people, know and recognize that I am kept kidnapped.

For those who dream that my speech or integrity will change if I am extradited, let me spoil that illusion. My integrity does not change with the [political] climate or the type of torture. Venezuela is sovereign. It is the country that adopted me.

It is the country for which all decent people fight. We do not go around the world lying and asking for sanctions against the people.

Venezuela will win this battle, whether in Cape Verde or in North America, we will win. I hope to see the sanctions lifted soon, and that priority will continue to be given to the people who need at least 30 more years of electoral victories, led by a people united around the PSUV [socialist party] and our President Nicolas Maduro Moros.

So, leave the emotions out wondering if the plane arrived, if it didn’t arrive, if I will ‘sing’ as a tenor in case they extradite me, etc. Let go of that ridiculous illusion, first because there is nothing to ‘sing’ about and second because as I have said many times, I will never betray the Homeland I serve.”

International effort to free Alex Saab
Internationally, Cabo Verde has received diplomatic letters protesting the Saab case from Iran, China, Russia, the United Nations, the African Union, ECOWAS, and, of course, Venezuela based on the principles of immunity and inviolability of consular rights. Over 15,000 internationals have signed a petition to the US and Cape Verdean political leadership to free Alex Saab at https://afgj.org/free-alex-saab.