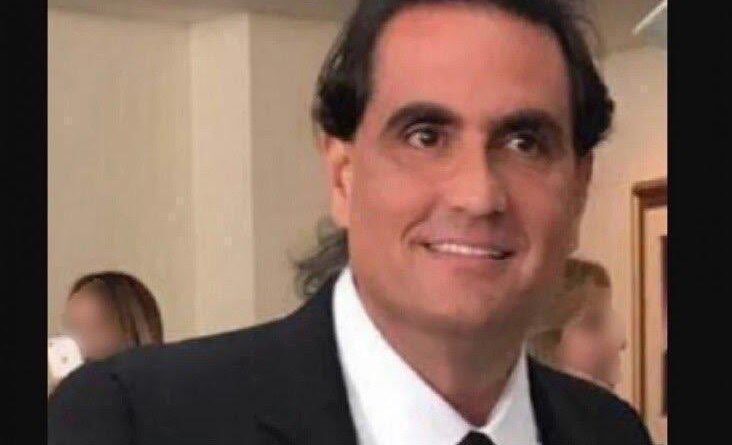 This Monday, August 23, the defense of the Venezuelan Special Envoy to Iran Alex Saab issued a statement denouncing the constitutional violations in his case.

They also urged the Constitutional Court of Cape Verde to enforce justice and release the Venezuelan diplomat.

Below is the full translation of the statement by the defense:

In a few moments the Constitutional Court of Cape Verde will rule on the appeal presented by the Venezuelan diplomat Alex Saab in which he invokes no less than 12 constitutional irregularities in his case.

This is a serious and solemn moment, with multiple and complex diplomatic, political, international, and legal considerations at stake. However, among all these considerations, the ones that should prevail are respect for the rule of law, human rights, and the freedom of a man who has been arbitrarily detained for more than a year.

The long-awaited judgment of the Constitutional Court in this case will be a judgment unlike any other. The Court is asked to rule on the law and serve justice in a case whose processing has been dotted with irregularities, abuses, violations, and negligence. Any impartial and neutral observer invited to examine the case would be stunned by the impressive number of irregularities that stain this procedure.

Without a doubt, it will one day serve as a counter-model to explain to law students what not to do.

These few lines alone cannot explain the abysmal violations of procedural and legal norms that occurred in this case. However, the narration of some key episodes of the case would be enough to outrage any lawyer with a legal conscience and a sense of justice.

Diplomat Alex Saab was detained on June 12, 2020 by Cape Verdean authorities at the request of the United States of America, during an urgent technical stop at the Sal Island airport, while conducting a special humanitarian diplomatic mission on behalf from Venezuela and headed to Iran.

The first phase was the arrest by police. The original flaw in this procedure lies in the purely arbitrary nature of the arrest, which was carried out without an arrest warrant or Interpol Red Notice, and for no reason. This detention is dotted with irregularities and illegalities that are attested by a series of documents, evidence, and even statements from the police officers and other actors in charge of the case.

A first elementary rule that must be remembered was breached: every diplomat is protected by immunity and inviolability. Alex Saab’s status as a special envoy was immediately confirmed by the highest authorities in Venezuela. Cape Verde could have challenged this status, but did not. However, the rule is clear, and in no case was Cape Verde empowered to detain a diplomat in those circumstances, thus violating the sacrosanct principles of immunity and inviolability.

A second, equally basic rule is that, under the rule of law, all detentions must have a legal basis, in most cases a flagrant crime or, failing that, an arrest warrant. Also in this case, the detention was carried out against the law, since on June 12, 2020, the Cape Verdean authorities acted without any legally valid reason, without an arrest warrant and without a Red Notice.

What is more serious, to cover up this flagrant and incurable irregularity, a Red Notice was laboriously transmitted to the Cape Verde authorities the day after the arrest, but still without an arrest warrant, and it was also annulled a few days later by Interpol itself.

From the moment this illegal Interpol order against diplomat Alex Saab was annulled, he remained in a cell for 17 days, without an arrest warrant and without an Interpol warrant, waiting for the United States to send the request for his arrest. It was on June 29, 2020 that the United States of America formally communicated its request accompanied by an arrest warrant in another person’s name.

The second phase is judicial. Although there is no legal doubt that such detention was arbitrary, illegal and irregular, clumsily concealed by the instrumentalization of the Interpol mechanism, and by the presentation of irregular and erroneous documents, the case took an even more alarming turn when the Cape Verdean judge, supposedly the guarantor of the legal order and the rule of law, tried to cover up these irregularities by validating the order of arrest, detention, and the continuation of the process.

Be it the Barlovento Court, the Attorney General, or the Supreme Court of Justice which confirmed the US request on March 16, 2021, all these judicial actors from Cape Verde tried, with obvious complicity, to deny the evidence of arbitrariness. In decisions and accusations that challenge legal understanding, the prosecutor and the judges added to the arbitrariness of the detention, that of a prolonged, disproportionate, abusive and excessive detention, and the continuity of a procedure without a court order. They went to great lengths to cover up the original irregularities in the case, attempting to legally validate them in absurd decisions, which in turn are riddled with legal errors and abuses of process.

It is difficult to determine whether the incompetence or abuse of these bailiffs is to blame, but desperate attempts to purge Alex Saab’s arbitrary arrest and detention of procedural flaws and flagrant violations were thorough, though impossible from the legal point of view.

An arrest without a warrant remains an arbitrary arrest and cannot be remedied. Indeed, after having detained a Venezuelan diplomat under unjustified and inhumane conditions, he was even tortured to encourage him to agree to a transfer to the United States and to provide information, all without success.

The Cape Verde Attorney General did not obtain a valid arrest warrant until March 24, 2021, several months after the illegal arrest, while the judicial decisions, and in particular the judgment of the Supreme Court of Justice of March 16, 2021, which confirms the continuity of the process, are models of unconstitutionality.

The Cape Verdean judge goes so far as to affirm that the current situation of Ambassador Alex Saab, under house arrest, is not one of deprivation of liberty, to deny him the exercise of his fundamental right to habeas corpus. Such a position, unworthy of a civilized democratic state, is a clear and flagrant violation of international law, human rights and the applicable constitutional norms.

There is no doubt that there are irregularities and illegalities, but it will be determined whether they are the result of incompetence or abuse. Finally, the third phase, which is developed partly in parallel, is the international dimension of the case. The government of Cape Verde illustrated its notorious incompetence in the diplomatic management of the case, which is evidenced by its responsibility for the violations of international law.

Clearly obeying instructions, or even orders, from Washington, the government of Cape Verde appears, at best, powerless in the international dimension in the case of Ambassador Saab, and tried to respond to instructions without worrying about the law. Invited, in accordance with the elementary rules of diplomatic life and international relations, to act as a sovereign State in the face of such a dispute, engaging in a diplomatic dialogue with a view to finding a peaceful solution, the Government of Cape Verde has chosen to ignore diplomatic letters from Venezuela, Iran, China, Russia, the United Nations, the African Union, and ECOWAS, to name just a few.

However, the violations of international law that compromise its responsibility in this case are telling since Cape Verde violates, among others, the principles of immunity and inviolability, consular rights, as well as a consistent number of norms of international human rights law, starting with the prohibition of torture and ill-treatment or the prohibition of arbitrary detention.

These actions and omissions are illegal under international law and also constitute constitutional irregularities. The government of Cape Verde maintains an evasive attitude towards international organizations that require legal explanations.

This same government continues to turn a deaf ear to the recommendations made, for example, by the United Nations Human Rights Committee, which requested the suspension of the process, and the provision of medical care for Ambassador Saab.

These positions adopted by Cape Verde, which accompany the flagrant violations of international law for which it is responsible, have been indispensable to consolidate and perpetuate the arbitrary detention of the Venezuelan diplomat, and also contribute to the challenge of legal rationality that this case illustrates.

It is in the context of this case, infected everywhere by unconstitutional defects, irregularities, approximations, and improvisations, that the Constitutional Court will have to enact justice and the rule of law.

It will have to resolve the irregularities that are the result of incompetence and those that are the result of abuse, to protect the Constitution of which it is the guarantor. Its mission is complex, in view of the magnitude of the irregularities in this case, but also because it will have to try to restore the rule of law, human rights, constitutional values, ​​and justice, by asserting and maintaining the obvious irregularities, preserving as far as possible the credibility and reputation of the judicial actors involved.

This is your challenge. We appeal to justice, rationality, legal conscience, and the rule of law, so that the Constitutional Court serves justice, protects the law and the Constitution of Cape Verde, applies the law, and enforces it. This is the condition for justice to be served for the Venezuelan diplomat Alex Saab, and for him to be released as soon as possible.