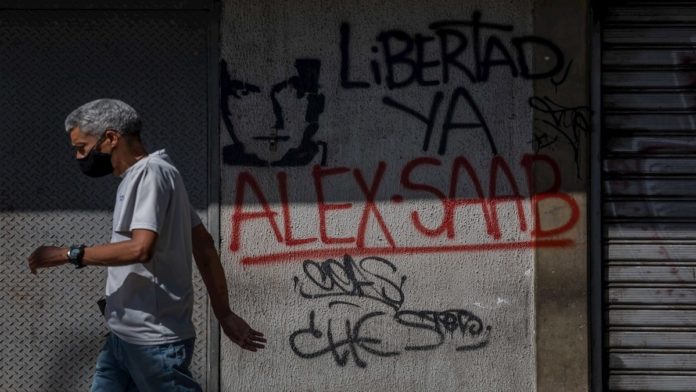 This Wednesday, August 25, defense lawyers of the Venezuelan diplomat Alex Saab shared a series of notes sent by the ambassador who was abducted in Cape Verde more than a year ago, and who continues to wait, alongside international observers, for the decision of the Cape Verdean Constitutional Court to confirm his immediate release, expected any moment.

The Venezuelan diplomat noted the pressure exerted by the United States government on Cape Verde and the violations of his human rights, diplomatic immunity, and of international law. In addition, Saab mentions the series of constitutional irregularities required to maintain the case against him, according to the press release.

“Cape Verde has not decided yet because, despite having all the legal terms expired, it is clear that it has violated innumerable laws, to the point that now it has to totally violate its own Constitution in order to extradite me. The conscience of the—until now upright—judges of the Constitutional Court, under powerful pressure from the United States, is at stake. In Cape Verde, its president, the prime minister, the corrupt attorney general, and even the humblest of the people, know and recognize that I have been abducted.”

Any day now, a court in Cape Verde may decide to extradite Venezuelan diplomat Alex Saab to the US

Saab’s kidnapping and detention is a complete violation of international law. He has been tortured while in custody. My conversation with his lawyer: https://t.co/k0LvCVJxMF

Likewise, Saab addressed those who foresee the continuation of the legal case against him. “For those who imagine that my speech or integrity will change if I am extradited, let me shatter that illusion,” he said. “My integrity does not vary with the weather or the type of torture. Venezuela is sovereign. It is the country that adopted me. It is [the nation] for which all decent people fight, and we do not go around the world lying and demanding sanctions against the people.”

Finally, Ambassador Alex Saab stressed that “Venezuela will win this battle, whether in Cape Verde or in North America, we will win, and I hope to see that the sanctions end soon, and that priority will continue to be given to the people who need at least 30 years of victories—electoral victories, led by a people united around the PSUV and our President Nicolás Maduro Moros. So drop this belief that… I will sing like a tenor… Lose that ridiculous illusion. Firstly, because there is nothing to sing about, and secondly, because as I have said many times, I will never betray the country I serve.”