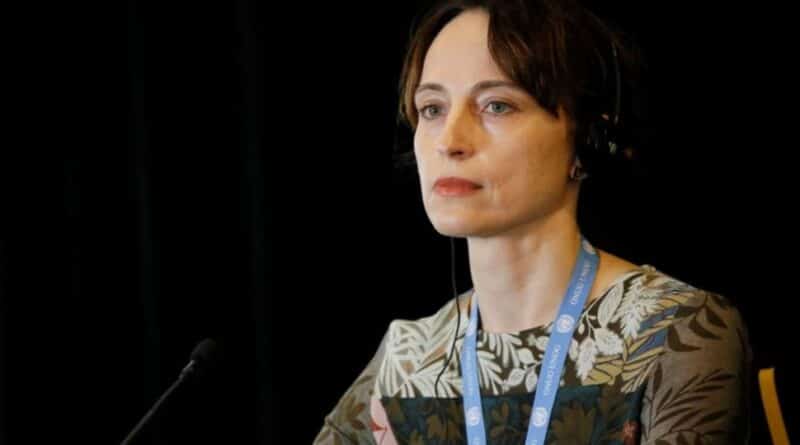 “I was one of these special rapporteurs who was there and asked for the release of Ambassador Alex Saab,” she stated during the event moderated by Venezuela’s Permanent Representative to the United Nations based in Geneva, Héctor Constant Rosales.

Douhan stressed that “we are doing everything possible,” and said that “continuing the media campaign is important,” noting that her office maintains communications in order to promote the release of the Venezuelan diplomat, detained by Cape Verde at the service of the United States.

Venezuelan diplomat Saab was abducted by the authorities of the African country following Washington’s instructions, when Saab was traveling to Iran in order to fulfill a humanitarian mission initiated by the President of the Republic, Nicolás Maduro, in order to acquire much needed food, medicine, and other supplies. Due to the illegal economic blockade applied by the US against the people of Venezuela, exacerbated by the COVID-19 pandemic, these items are scarce.

In this regard, Douhan emphasized that there should be no discussion whether unilateral coercive measures, such as the economic blockade of Venezuela, are legal or not, because, given the consequences and what is stipulated in the UN Charter, any unilateral activity is illegal, and these measures meet all the definitions required.

This new call for the release of the Venezuelan diplomat by the rapporteur joins Douhan’s previous pronouncements on the matter. Douhan has noted that the extension of the jurisdiction of the US and its companies beyond its national borders, as well as the pressure it places on other nations to comply with its dictates, “is not justified in international law and increases the risks of causing adverse effects.”

Likewise, in her UN report on the impact of coercive and unilateral measures against Venezuela, presented in September, Douhan argued that the blockade “violates the principle of sovereign equality of states and constitutes an undue intervention in the domestic affairs of Venezuela that also affects its regional relations.”