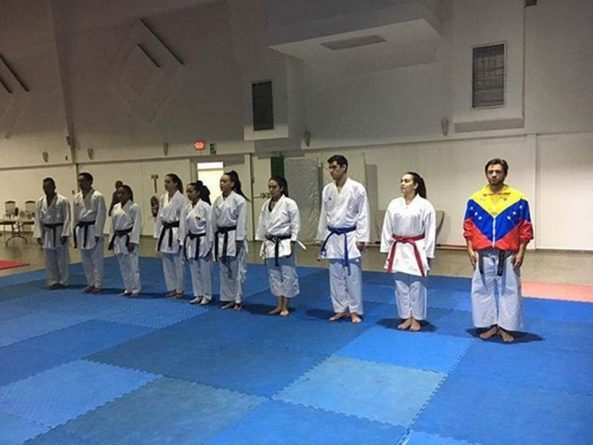 Caracas .- Due to the refusal of the Panamanian government to grant visas to a part of the athletes of the Venezuelan Karate Do team, who aspired to participate in the Pan-American Championship that takes place in that country from Monday, March 18 until On Saturday 23, several athletes from the national team were stranded at the Maiquetía international airport. They did not receive the permits that authorized their trip.

Press sources of the Venezuelan Federation of Karate Do (FVKD) reported that the official position of the entity, with respect to the impasse occurred with the authorities of Panama, was captured on Wednesday in a statement posted on his Instagram account (fvkarate). They noted that the procedures to obtain the visas were made with sufficient anticipation, so that they could be granted in time to the competitors.

A group of the national team, including the Katá world champion Antonio Díaz, and the Pan-American champion of Kumité Andrés Madera, among others, are already on Panamanian soil, where they began the practice with a view to measuring themselves in the contest.

Díaz and Madera complained in their Twitter accounts (@diazkarate and @ANDRESMADERA, respectively) about their colleagues’ situation.

Among those who will not be able to attend the event is the national and Iberoamerican champion of Katá, Valerya Hernández, and the Kumité champion in the category -55 Kg, Bárbara Pérez, who were strong candidates to be at the (winners’) podium.

The FVKD stated in the communiqué that despite the timely requests made to the Panamanian embassy in Venezuela, and even when organizations such as the Panamanian Karate Federation, the Olympic Committee of Panama and the Panamanian Sports Institute backed them and mediated with the authorities of their country, they never obtained an answer about the visas.

The Pan-American Karate  championship in that country would allow the Venezuelan team to access the Pan American Games to be held in Lima, mid-year. The Venezuelans counted on qualifying in five key categories to compete in Peru, but due to the situation, the aspirations of the Venezuelan karatekas are reduced to only two of the categories.

The statement also notes that one of the competitors, Jhosed Ortuño , had managed to embark on a flight from Peru, but not having the visa was returned upon arrival in Panama .

The competitors had their tickets ready from Sunday 17, to travel with Copa, Laser, Venezuelan and Turpial airlines. Airlines could be sanctioned for boarding passengers without the respective permits.

The federation thanked the support of Panamanian entities and asked to create, in the future, a resolution in which “neutrality prevails over politics “, in order to avoid incidents like the one that occurred.