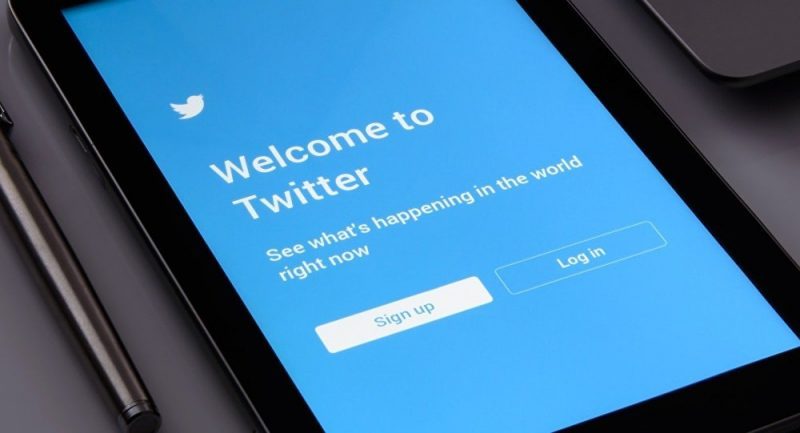 The romantic story places Twitter, as well as Facebook, in the mind of one or several talented young people who, in good time, are born in the country of the ‘American Dream’. A great idea and you’re on top, the world surrenders at your feet. At least that is the myth.

But what has rarely been said, is that for your idea to get noticed not only globally but to be globally adopted (say, what happened with Twitter), not at all disinterested venture fund companies associated with the CIA, like In- Q-Tel had to contribute huge amounts of resources, in addition to all the media apparatus.

They pushed a new standard for digital communications and thus controlled the valuable and massive data flow of billions of people around the world.

Why then should we be surprised that Twitter, a company that was born linked to the CIA, is in charge of the most viral and systematic hate campaign in Venezuela?

Hate in Red
Journalists, comedians, politicians, sympathizers, linked to the Venezuelan opposition, have launched to mass messages that promote the persecution and murder of Chavistas. Twitter has been one of the preferred tools for this campaign.

Tweet Below: @JoseRGuzman  calls for the assesination of people for political reasons, the other account (@AlfredoJaliferR requests a former Mexican President explain his links with corruption cases, guess wich account got suspended?

To understand the situation, but above all Twitter’s position, we interviewed one of the most important hacktivists: Luigino Bracci, better known for his digital identity @lubrio and his blog . He is emphatic when affirming that “Twitter is a company that is clearly and absolutely biased with the right wing side in this struggle that is lived in Venezuela.”

He recommends that the agencies of the Venezuelan State sit down with the US company and show the Venezuelan Law against Hate and the Law against Violence against Women, and demand compliance with it under penalty of “ceasing to render service to Venezuela, such and how the European Union has done with all the social network companies, which have had to begin to comply with strict laws regarding the protection of minors, fake news, privacy and data storage of their users “.

– Twitter has ignored complaints about messages that incite hatred towards Chavismo, however, has been quite diligent in suspending countless accounts associated with people who support Chavez. Do you think this is a simple omission or constitutes something else? What is happening there?

On the other side, we see total impunity. The comedian José Rafael Guzmán has been issuing polls on Twitter directly promoting “death to the Chavistas”, which not only violates the rules of that social network, but the Venezuelan Law against Hate, for Peaceful Coexistence and Tolerance, approved in 2017. And nothing happens, neither from the Twitter company nor from the Venezuelan justice. This impunity only serves to make ‘normal’ something that under no circumstances should be normal. The fact that a political or racial group calls everyday to kill another one, only favors things like what happened in Rwanda in 1994, when more than 800 thousand people died in a genocide incited by the media. With the difference that Chavistas are not going to let themselves be killed so easily … they will defend themselves,

On the other hand, I do not understand why female Chavistas are attacked in such an aggressive way on social networks, compared to us men. They use brutal aggression of hatred, sexual references, threats of rape against them and their relatives, threats to burn them alive … I really do not understand what happens there. It is something that goes far beyond cowardice or misogyny.

– Does not this scenario (Media platforms + political operators) remind you of similar scenarios where genocides such as Rwanda or Yugoslavia took place? What international bodies can you go to? Are you aware of any action being taken by Venezuelan justice to curb this situation? What should people do?

The recent assault on the father of a journalist from La Radio del Sur, is a clear demonstration of this, and unfortunately the respective court decided to release the aggressors.

– It is not a secret the support and funding Twitter and Facebook receive from risk funds associated with the CIA and the security apparatus of the US. Are these companies really independent of US foreign policy and national security?

– Why has it not been possible to propose successful options to these platforms? What do you think should be done?

However, in terms of State security, the Government should create its own messenger and chat application at least for public officials. Their databases should be installed in Venezuela, so that the conversations do not have to go through the United States, as happens today with WhatsApp, making it easier for them to be spied by the agencies. Hopefully the (Venezuelan)  ministers and the President are not using WhatsApp to communicate with each other, because if they do, Trump surely has a huge monitor in his office watching everything they say.
– In the year 2017 an event called ‘Digital Venezuela’ was held in Venezuela, where innumerable cybersecurity issues were addressed. However, two years later Venezuela suffers the biggest attack in its history. What should be done as a country to avoid these attacks? What has failed and what has been achieved?

RELATED CONTENT: Who Protects the Identified Murderer of Orlando Figuera?

– How do you evaluate the management of the Ministry of Science and Technology? What do you feel there is still to be done to advance the country’s technological development? Could not this be an option to the model of oil dependence?

However, that we have gone through the oil strike of 2002-2003, in which we also suffer external attacks in the heart of the state company PDVSA, and we have not understood the lesson, it is a cause for reflection. This is a new opportunity to understand that we have to take technologies very seriously. We have to transform the platforms and control centers of our state-owned companies to free technologies, if it takes us years. We have to look for our best scientists and technicians and say: “Look, we have to make these PLCs, these SCADA and these pieces of software and hardware, we have to understand very well how they work and we have to rebuild them from scratch in such a way that never again we have to call or depend on the companies that made them. ” If it’s something that’s going to take 10 years, well, we will have to fight with politicians to be patient. If the Chinese, Cubans and Russians have to help us, let them do it but understanding that we want to be sovereign, that we want to understand how everything works without depending on anyone.