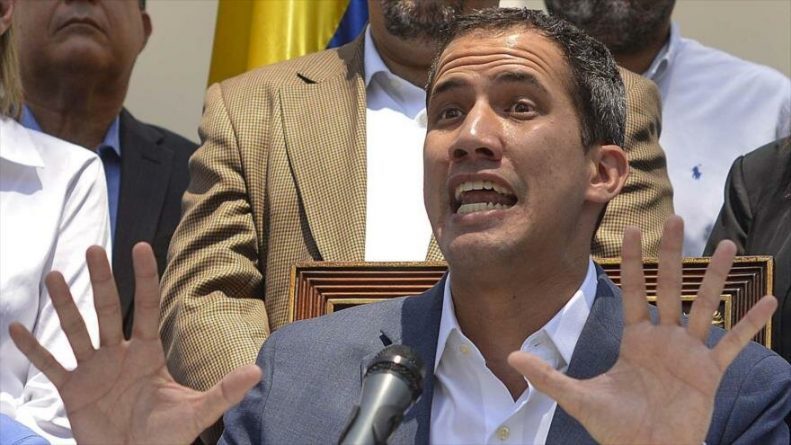 The coup leader Juan Guaidó is sure that the government of President Nicolás Maduro is in its final phase and foresees that soon there will be a change in Venezuela.

“I have no doubt that Maduro is in his final phase, soon there will be a change of government, ” says the self – proclaimed interim president of Venezuela, Juan Guaidó, in an interview with the British news agency Reuters, published Saturday.

According to the opposition parliamentarian, the Chavistas “are isolated and alone,” and do not enjoy popular support in the Bolivarian country.

In another part of his statements, Guaidó has highlighted the support of Western countries, such as the US, for the Venezuelan opposition to overthrow the legitimate government of President Nicolás Maduro.

I have no doubt that (the Government of Nicolás) Maduro is in its final phase, very soon there will be a change of government, “declared the self-proclaimed president in charge of Venezuela, Juan Guaidó.

Despite having broad international support, Guaidó has not managed to break the military’s and people’s loyalty to Maduro.

On the same day on Saturday, Maduro has called Guaidó “puppet” of the United States Government in his plan to seize the oil wealth of the South American country and has accused him of having directed a plan to assassinate him. However, he made clear that when the time comes justice will be served.

On Monday, Maduro warned of the existence of people seeking a total state of violence and asserted that these “can not be called political leaders,” but terrorists.