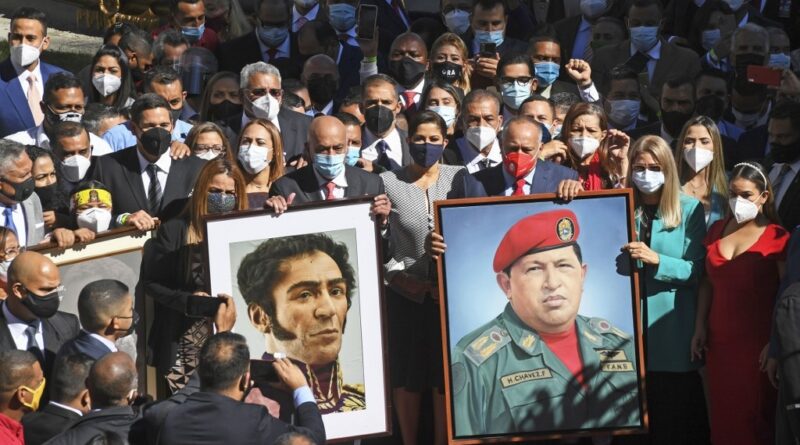 At the inauguration of the National Assembly (AN), elected on December 6, its new president, Deputy Jorge Rodríguez, indicated some fundamental guidelines that the new parliament will have, including a priority on legislating in favor of the strengthening of communal power in Venezuela.

Rodríguez said that the new parliamentary management “will go towards the Communal Parliament. This management will go towards the formation of laws to protect the communal cities, the communes, and the communal councils,” implying a relaunch or reform of the laws of popular power and the enactment of others, among them the Communal Cities Law, considered by many to be a missing piece of legislation for the advancement of self-government in the country.

Already, in the framework of the parliamentary campaign, Rodríguez had indicated that the transformation of the state will be made possible, starting with the deepening of mechanisms for the transfer of power to organized communities.

“We must approve laws that empower those who know the neighborhood, the communal councils,” said Rodríguez. “We have to give real power to the communes, and that will be through the law of the communal cities… for the communes to assume once and for all the power in the territory.”

The AN’s agenda is accompanied by the strategy of the Venezuelan Executive in assuming new terms in social management and the exercise of power. Last October in the National Congress of Communes 2.0, carried out by digital means, President Nicolás Maduro called for the organization, installation and deployment of 200 communal cities run by self-government, by the popular power itself, by the communes and communal councils.

Likewise, the president accepted the proposal to grant the request, through the AN, for an instrument that gives legal standing to a Communal Parliament that, according to his words, “would force the national Parliament to consult the communes on all the projects and all the issues they are debating.”

This makes the proposal very ambitious politically, as Chavismo is proposing the creation of a legislative body complementary to the AN itself, that would have a real political presence in the sphere of communal power.

Similarly, President Maduro has referred to the need to consolidate a new national historical bloc, in which new ways of doing politics would be an inexorable factor. They are influenced by the possibilities of, in Gramscian terms, reshaping the scaffolding of management and participation to modulate the country’s infrastructure and superstructure.

On this subject the time has come to air all possible reflections and opinions, which we aim to do with the following remarks.

The new AN has assumed its place in national politics with a clear and concrete mandate. They are intent on “repairing” the damage left by the preceding parliamentary cycle, realizing that this allowed a new framework of realities to be consolidated in the country. Namely: external blockade and siege, the fracture of the internal space and the political debate among Venezuelans, and the complete or partial stagnation of internal politics.

The new AN, in favor of “reconciliation”, the opening of “mechanisms of dialogue,” and the insistence on creating political indigestion, according to the speech of deputy Jorge Rodríguez aims at sustaining peace, breaking the blockade, and renewing institutionalism and national political harmony as strategic political assets.

But Chavismo does not pretend that the forms of national dialogue are perpetuated as one side of a dichotomy. Chavismo can recognize the existence of a variety of political oppositions, and beyond them an entire country much more diverse, with a set of political needs, population demands, and with lasting duties in terms of social participation and participatory democracy.

A complete recognition of the political terrain makes these parliamentary proposals extremely strategic. For the first time in a national parliament, laws concerning people’s power have risen to the top of an incoming legislative agenda.

Next, Chavismo recognizes the national political space beyond the diatribe between parties. Going to the Commune is, for Chavismo, going to the core, to the political bowels of the nation, where the daily debate takes place, amidst the sorrows and conquests that have been outlined by the new national reality.

The new AN is, on all sides, an AN for the “unblocking” of the country. This implies that its political work, within its powers, will focus on loosening the critical knots tied in the attempts to cripple Venezuela.

Internal politics are also an element to “unblock,” and for this, beyond the dialogues with the opposition, they call for the formation of laws that, across the breadth of the social spectrum, change the rules of the democratic game at the core of the country.

These laws will be drawn up in a framework of dispute, as they will be opposed by the self-relegated sectors of politics, who abstained in the elections and will defend the permanence of the old forms of politics. In this they will leap to the defense of institutions that supposedly would be eradicated, such as mayors, or they will point to the elimination of the AN by a Communal Parliament, declaring the unconstitutionality of these laws of popular power.

They will encourage external pressures, the blockade and the continuity of the paralysis of the state, demonizing these initiatives and again denouncing a supposed communism imposed in the country.

Additionally, these laws will be debated within a new nation, a different one, subject to new inertias and conditions that did not exist when the first laws of popular power were promulgated. The new laws will be drafted under the aegis of a state limited in resources, under blockade, in permanent contingency and in the process of dismantling oil rentierism, which has been the foundational material state of contemporary Venezuela, in pre-Chavista times and after 1999. 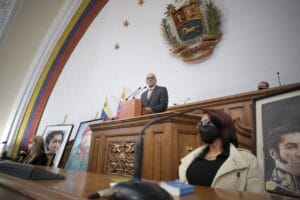 Perhaps the best reference on which the parliamentarians in the AN can count on to assume the new legislative tasks regarding the Commune, are in the memories of the Communal Congresses that took place in recent years. There are elementary principles that have been learned, from their own expertise, and from the experiences of those involved.

The communal forces and other expressions of the political fabric of Chavismo are the social, moral and political reserve of the country, they are the forces who have had the arduous privilege of experimenting on the political terrain of “the new.” They’ve worked through ups and downs, errors, inconsistencies, weaknesses, and with a thousand obstacles in front of them, but they’re the ones who have given birth to a new way of doing politics in Venezuela and are, consequently, essential for the expression of knowledge indispensable for reimagining the nation.

The communal councils, and after them, the communes and communal aggregation systems, all are germinal expressions of social power. They are the starting points for shaping the Communal Cities as geo-human spaces. They are also the exact points from which to choose a system of communal parliamentary participation, which will allow Venezuela to overcome the old client logic of past parliamentarianism.

But drafting a Communal Cities Law, and one that refers to the Communal Parliament, implies the identification of suitable political subjects with greater political awareness, not only to be granted visibility by these laws, but also because they are the factors that can give support in reality to these initiatives and legislative acts in the complex workings of society.

This refers to the avant-garde, to the CLAPS (Local Committees for Supply and Production), UBCH (Battle Hugo Chávez Units of Battle), and the mostly female political fabric that makes real everyday politics, in the depths of the national political space. They are an indispensable reference, since they work in the cellular forms of politics every day, living in and from the people in adversity, and forming a wall of containment and attention to the demands felt.

These are sectors that, par excellence, are clearly trained in the ways of doing politics amid the new inertia of the country, trained in on-the-ground methods in the formulation of public policy. These sectors are key—recognizing that the eventual Law of Communal Cities and a Law of Communal Parliament must go in search of new forms of political and social management in the midst of the disruptions and opportunities that confront us.

These social sectors and their natural spaces are a hotbed of invaluable expertise and can be, as front-line elements, promoters of the timely change of rules that could arise from these important laws.

The laws that will come could even reformulate the laws of the People’s Power in force, because after years of their promulgation, reality has shown that the mechanisms provided for their implementation are out of phase, they haven’t been fulfilled because the methods to impose them have not been been effective. In addition, many conditions have changed.

In other words, the accumulated experience of the legislative demands the rethinking of this normative framework. This does not imply the expiration of the laws in force, but rather recognizes that these were formulated amid experimentation, and that this same process of invention now sees great possibilities of reformulating itself in favor of the current political and social environment.

The natural struggle between constituted power and constituent power, which has been long and complex in the bowels of public management, will now have new laws that with great emphasis will delegate to new political actors new roles in the exercise of power. This is very important, as these laws could resolve disputes that arise from old practices and claims of officials and institutions to preserve quotas. Hence, this struggle is also a source of learning for legislators.

For this item, the ability to draft legal instruments that are politically effective, viable, relevant and adjusted to the material and existential conditions of the country will be of particular importance.

As an additional suggestion, it would be appropriate for the drafting of these laws to be original, exploring the original national ideology, particularly that which arose from Simón Rodríguez himself. Rodríguez used the name “Toparquía” to refer to local government and self-government as a form of organization for the exercise of the power in the territory of the Republic, dissolving the forms of power that arose in colonial inertia and replacing them with autonomous forms made to measure by free men and women in association and organization. There is, in all this theoretical accumulation, an immense wealth that we cannot continue to underestimate.

Ultimately, the whole scenario is suitable and fertile ground for political daring, to unleash the forces of politics within Venezuelan society, with a new impetus and with more ambitious aspirations.