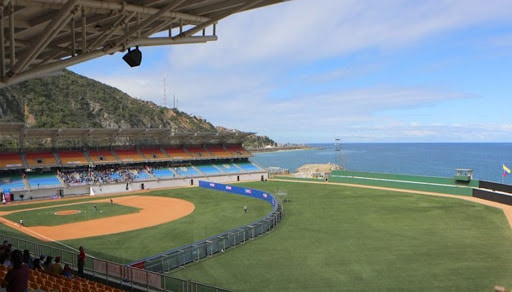 The shortened Venezuelan professional baseball season will be played in La Guaira, Caracas, Barquisimeto and Aragua. There is no start date yet.

The new La Guaira Forum; the University of Caracas; the Antonio Herrera Gutierrez, in Barquisimeto; and the Jose Pérez Colmenares, in Aragua, are the stadiums that are being evaluated so that, in a shorter format due to COVID-19, they can be used for the shortened season of Venezuelan professional baseball in its 2020-2021 season.

The information was provided by the governor of La Guaira, Jorge Luis García Carneiro, while the Venezuelan Professional Baseball League, which groups together the country’s eight teams, remains silent on the matter after President Nicolás Maduro himself announced, on November 1, that there would be a professional baseball season.

The League will start with a month and a half delay, using the bubble format that the local soccer league already uses, in which the teams face each other in the same arena and without an audience to avoid possible contagion by COVID-19.

Experts say that pitchers need at least five work sessions spaced out over a month to play without risking injury, since the start date for the season reported by Carneiro shortens the preparation times of the players.

In addition, according to the latest public information available, two teams in the Venezuelan league still suffer from the veto imposed by Major League Baseball (or MLB, for its acronym in English) that prohibits them from using Venezuelan or foreign players signed by teams from the United States, within the framework of illegal US sanctions imposed on Venezuelans.

According to local media, the US Treasury Department issued a “license” that authorized players employed by MLB teams to defend the colors of six of the eight teams that make up the Venezuelan Professional League (LVBP).

However two teams, Tigres de Aragua and Navegantes del Magallanes, were excluded due to the alleged participation of the governments of the states of Aragua and Carabobo in the board of directors of Tigres and Navegantes, respectively. These are among a zillion other consequences of US criminal sanctions—in part responsible for the lame state of the Venezuelan opposition, especially the groups around the G4 political coalition and deputy Guaidó.

Baseball and basketball are the sports most followed by Venezuelan audiences. Many analysts agree that this is the result of US oil corporations exploiting oil fields all over Venezuela since the beginning of the 20th century.