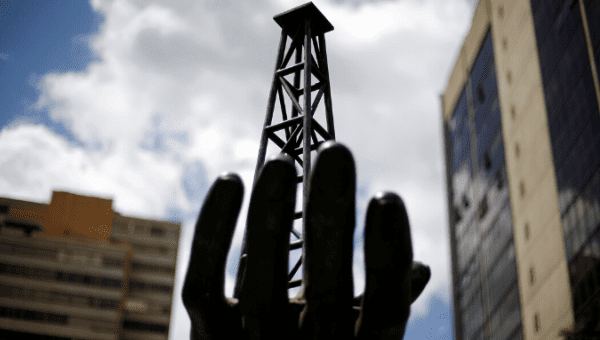 Despite the coercive measures of the United States, Venezuela shows a favorable trend of economic growth by 2020, said the Venezuelan economist, Jesus Faria.

In an interview with the international news agency Xinhua, the Venezuelan economist, Jesus Faria said that economic recovery is the number one issue on the country’s agenda for 2020.

The also former Minister of Foreign Trade and International Investment of Venezuela (2016-2017) stated that “there is a perceived activation of trade and some productive activities as well as a stabilization of the oil activity that stopped falling and there are signs of a recovery” although without an “economic boom.”

“We think the year 2020 is going to be better economically and that is going to be very important for us. One of the fundamental lines of action is to recover the economy in order to give the people well-being,” he said.

Faria states that another important factor for the reactivation is that “private economic actors have begun to use their foreign exchange resources to carry out their production and trade activities.”

The economist stressed that another factor that makes these results possible is the guarantee of internal peace “through the activation of the working class and social movements” as a political element with social and economic implications.

This situation, he said, is reflected “especially in basic industries, where measures have allowed partnerships, joint ventures with the national and foreign private sector, in all companies of the Venezuelan State.

Faria highlighted how the Venezuelan government has been able to overcome the limitations and shortcomings that have emerged after two years of intensification of the coercive and unilateral measures imposed by the White House on the South American nation.

“Venezuelan authorities have been able to decipher the blockade and began to evade it, which will allow the progressive recovery of production, as has happened in recent months,” he added.

“We are not going to quickly reach the 2 million 100,000 barrels a day that was the national production when the sanctions began, but we will be able to progressively recover production as has actually happened in recent months,” said the expert.

However, despite his perspective, the economist notes that the biggest threats to Venezuela’s economic recovery could be sanctions, as everything points to their deepening, as well as the parliamentary elections planned for 2020.

The Venezuelan economy has been sustained for decades by the oil industry, whose activity has suffered severe damage in recent years, with a noticeable decline in the production and export of hydrocarbons since the violent U.S. sanctions.