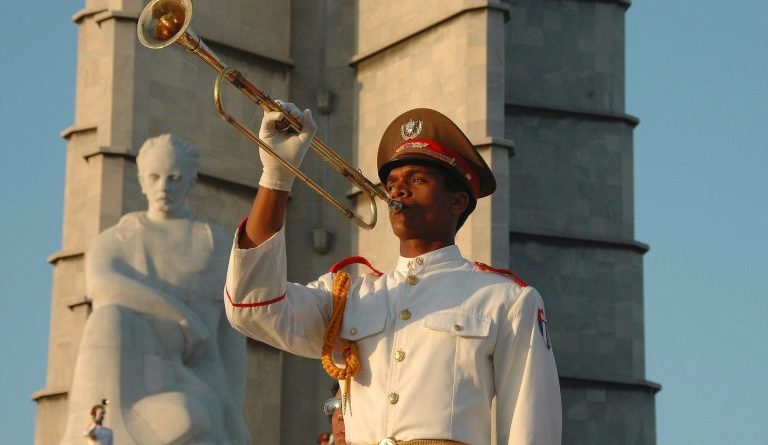 It was confirmed in 2019 that the end of the progressive cycle in Latin America and the Caribbean was nothing but a fallacy. The overwhelming victories of Andres Manuel Lopez Obrador in Mexico and Alberto Fernandez in Argentina would be enough to refute it. Nevertheless, the alleged end of this cycle was based on real and very sad but at the same time exemplary facts for popular, progressive, and revolutionary forces. After all, popular governments in this region following Venezuela’s Hugo Chavez in 1999 seemed to be not only moving backward but at a standstill as two very serious defeats were suffered by Our America’s popular movement by 2016: The victory of a neoliberal and pro-imperialist coalition headed by Mauricio Macri in Argentina; and a media-judicial-parliamentary coup d’état staged against Dilma Rousseff in Brazil on August 2016.

A gang of bandits arrived in Brazil’s government thanks to that coup. The same as the Macri Administration in Argentina, they immediately started to govern for the one percent and the defense of the national sovereignty and social welfare set up by the Workers’ Party was taken to pieces. Uncontrolled financial speculation was unleashed, as well as selling natural resources and public goods to transnational companies. Though these were the most devastating defeats for the left in this analyzed period, they were not the only ones. In 2009, the Manuel Zelaya administration was ousted by a military coup openly orchestrated by the United States, for having joined the Petrocaribe oil alliance, the ALBA treaty, and fostering a decent and sovereign foreign policy for Honduras. Four years later, Paraguay’s Fernando Lugo was overthrown by a parliamentary-media coup. He was a prominent progressive supporter.

Moreover, Lenin Moreno’s treason to his comrades of the Citizen Revolution, the Ecuadorian people, and to his own rhetoric since he joined Rafael Correa’s first term in office until he was elected President himself, moving his country back to neoliberalism and unprecedentedly surrendering to Washington. Similarly, Brazilian ex-president, Luiz Inacio Lula da Silva was unfairly and evilly sentenced to prison on April 2019, an evident maneuver of the U.S. empire and local oligarchies to prevent his certain victory on the October presidential elections taking place that same year. As a result of it, Jair Bolsonaro came to be a reinforcement of extreme right-wing positions not only in the region but around the world; as well as to the deepening of neoliberal policies and even more servile behavior towards imperialism, brought to their own countries by Chile’s Sebastian Piñera and Colombia’s Ivan Duque.

Regional organizations such as the Union of South American Nations (UNASUR)—today dissolved—and the intergovernmental mechanism for dialogue and political agreement CELAC—at a standstill—also suffered hard blows as a consequence of these events. Coming to existence after 2004, they had been able to help make important steps towards unity, integration, and achieving of sovereign policies in Latin America and the Caribbean. Meanwhile, Petrocaribe and ALBA were impacted by the decline in oil prices and, above all, by the increasing economic war staged by the United States against Venezuela and Cuba.

But three highly significant events can be described as the most outstanding issues during this year and they represent undeniable victories for the revolutionary and progressive forces, besides the two mentioned above victories in Mexico and Argentina. First, large people’s protests across the continent since the first quarter of the year, cornering governments in several countries of the region, particularly Chile’s Piñera and Colombia’s Alvaro Uribe-Ivan Duque. The stability and public order existing in Cuba, Venezuela, Nicaragua, and Mexico are opposite to the lack of unpopular right-wing governments, all of them hanging by a thread and basically sustained with the United States’ support. The fact is that neoliberalism cannot govern south of the Rio Grande without brutally violating the rules of liberal democracy. A second issue is Cuba’s and Venezuela’s brave resistance and struggle for their own development, each of them with their own set of circumstances against Washington’s relentless and increasing economic war, marked in Venezuelan by an ongoing coup and serious violent counter-revolutionary events. Third, the relevant role played by the Caribbean Community (CARICOM) defending the principles of the rule of law, evidenced on December 19 when the United States and Luis Almagro were defeated in the Organization of American States (OAS), as well as other events along this year. Bolivia’s coup d’état, the defeat of Uruguay’s Broad Front, and some other issues are pending for our next article.