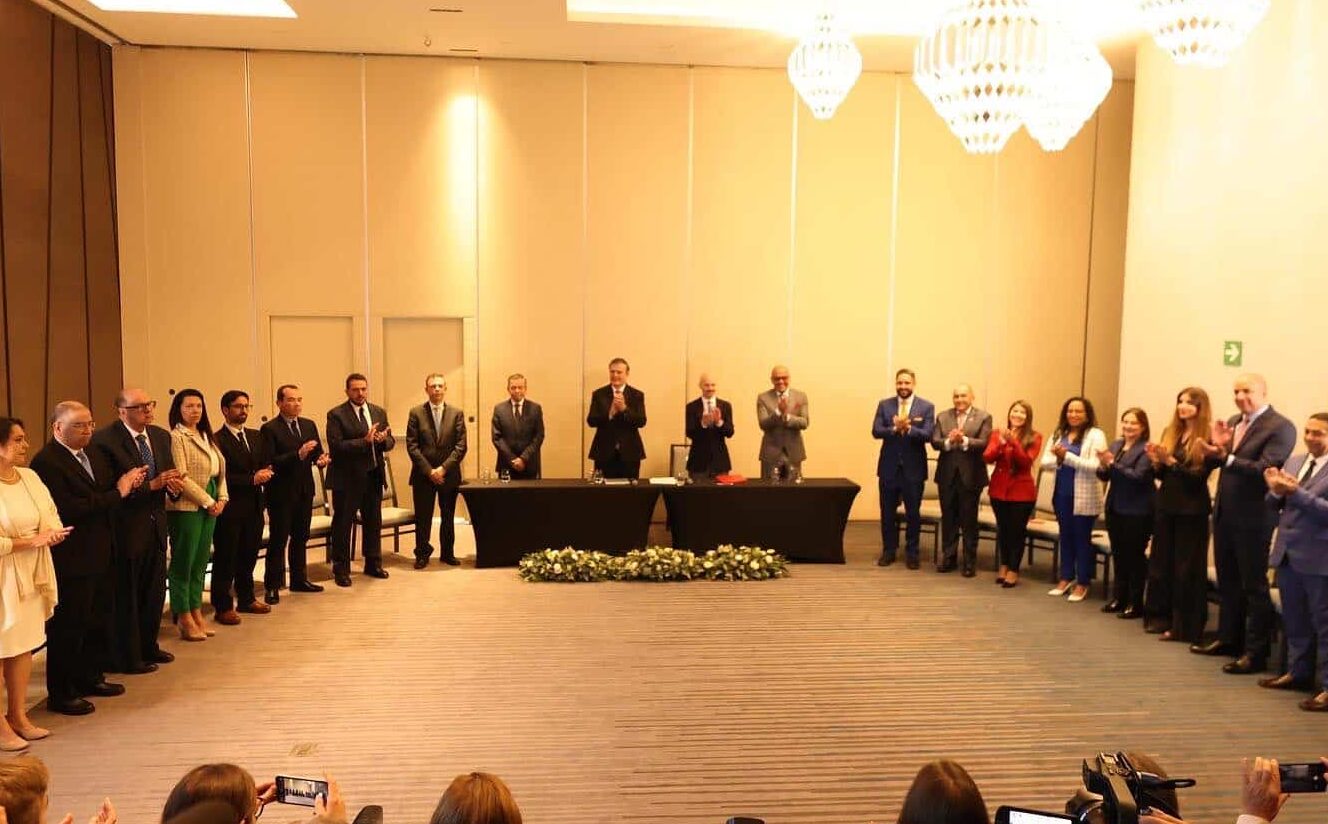 On Saturday, November 26, the delegations of the Venezuelan government and the far-right opposition platform Unitary Group resumed the Mexico Talks and signed the second agreement on social matters for the protection of the Venezuelan people.

In a formal ceremony at the headquarters of the Foreign Affairs Secretariat of Mexico, the representatives of the two delegations signed the document, which was read out by the mediation representative from Norway, Dag Nylander.

“Today we celebrate a historic milestone for the benefit of all Venezuelans, not only for the resumption of dialogue between the government and the Unitary Platform, but also for the signing of a partial agreement on social issues,” said the Norwegian representative.

The two delegations signed an agreement to unfreeze around $3 billion of Venezuelan funds blocked in financial institutions abroad, with the aim of creating a social fund for the welfare of the most vulnerable people in Venezuela who have been heavily affected as a direct result of the US and European blockade. The fund will be administered by the United Nations.

The agreement also stipulates a plan for humanitarian and social welfare spending, such as repairing of power grids and funds for healthcare programs in Venezuela.

In addition, a monitoring and verification mechanism made up of representatives of both sides was created.

The delegations of the Venezuelan government and the Unitary Platform identified resources illegally frozen in the international financial system, and discussed mechanisms to gradually unfreeze them.

Government of Venezuela and Opposition Resume Mexico Talks: What Is on the Table? (+Alex Saab)

It was decided that the issue of healthcare and public services, along with response to torrential rain emergencies will be addressed with the help and participation of experts.

“The agreement signed today has reinforced the conviction that this process is the best way to find a political and inclusive solution for Venezuela,” said Nylander.

The dialogue process restarted in Mexico with good results, after it was suspended for 13 months in protest against the illegal extradition of Alex Saab to the United States in 2021. In this new phase of dialogue, Camilla Fabri, the wife of the Venezuelan diplomat, has been incorporated as part of the Venezuelan government delegation.

Both delegations are accompanied by their respective advisors on legal, financial and other relevant issues.