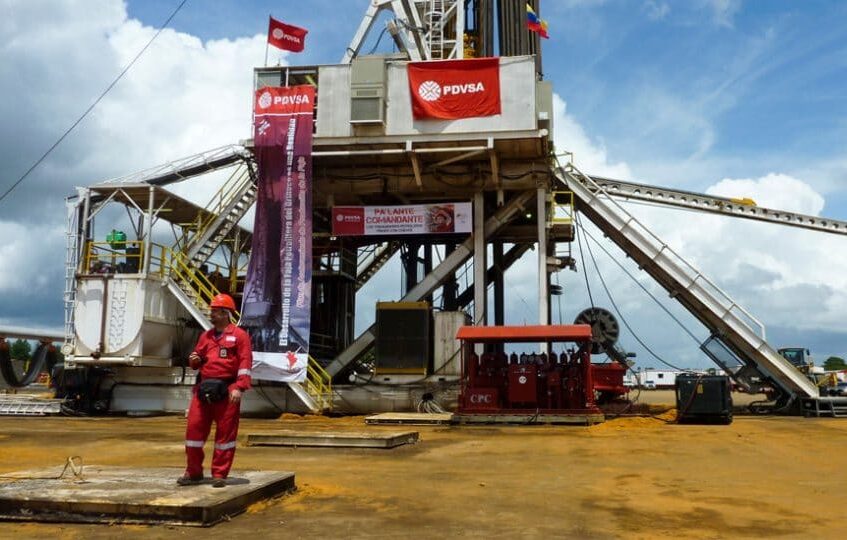 Venezuela’s state oil company Petróleos de Venezuela SA (PDVSA) achieved a total oil production of 930,000 barrels per day (bpd) in the first week of December. The level approaches PDVSA’s forecast of one million bpd by the end of the year, as detailed in an internal PDVSA report. The nation’s oil industry, in addition to millions of Venezuelan citizens, have seen their livelihoods damaged by illegal coercive measures (or “sanctions”) issued by the United States and Europe in an attempt to oust President Nicolas Maduro.

The level of production was reached due to the efforts of exploration and production workers, according to PDVSA. In addition, a stable supply of Iranian diluents, as part of an oil-for-condensate swap agreement, made it possible to continue improving the country’s main production and transportation operations in the country’s Orinoco Belt.

PDVSA workers face the arduous task of overcoming delays and incidents in the fields, which are caused in part by divestment and neglected maintenance work, following the “sanctions,” which cut PDVSA off from the world market, making it difficult to source parts and effectuate maintenance and repairs. These coercive measures are the main causes of the acute drop in Venezuela’s oil production, now recovering at a steady pace.

The 930,000 bpd production figure for the first week of December is far above the 569,000 bpd average for 2020. The figure also represents a significant boost from the 756,000 bpd reported for October 2021, according to the data provided by OPEC’s latest Oil Market Report.

In the second half of this year PDVSA began to take advantage of a stable supply of Iranian condensate to dilute the extra-heavy oil of the South American nation and increase crude production in order to meet the demand for both export and domestic consumption. More than two-thirds of the shipments leave for China and other Asian countries.