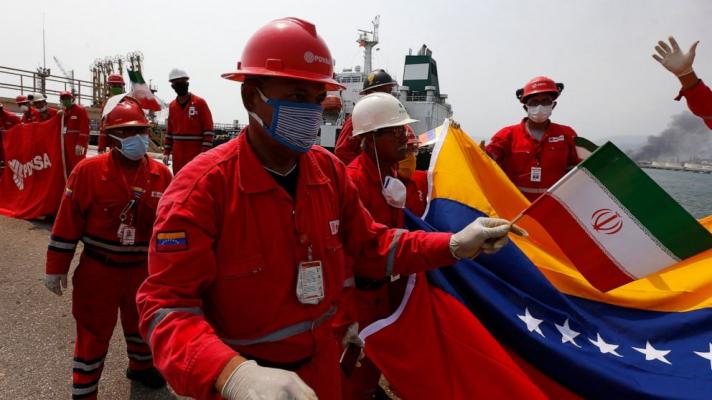 Iran and Venezuela have reached a strategic agreement in the oil industry sector, specifically to exchange Venezuelan heavy crude for Iranian condensate, which would help improve the quality of oil that is similar to tar.

The information comes from a report to which The Cradle had access. The outlet added that “the agreement between two of Washington’s main rivals will last for six months, with the option of extending it for a longer duration if it is successful.”

The condensate can be used to optimize the quality of Venezuelan oil that is exported and to deliver lighter oil to refineries that produce motor fuel, explained The Cradle.

Responding to this new agreement, the White House has expressed “concern,” and a US Treasury Department official asserted that sanctions will continue to be imposed on the two countries.

According to the statement by the US Treasury Department, “any transactions with NIOC [National Iranian Oil Company] by non-US persons are generally subject to secondary sanctions.” The Treasury Department added that it “retains authority to impose sanctions on any person who is determined to operate in the oil sector of the Venezuelan economy.”

Caracas and Tehran have in common resistance to the economic, commercial and financial siege of the United States government, which has blocked the channels for the proper functioning of the oil industries in both countries. In response, governments have teamed up to find alternative ways to overcome the criminal blockade.

Featured image: Despite the blockade, Iran and Venezuela achieve exchanges in the oil industry. Photo: AP