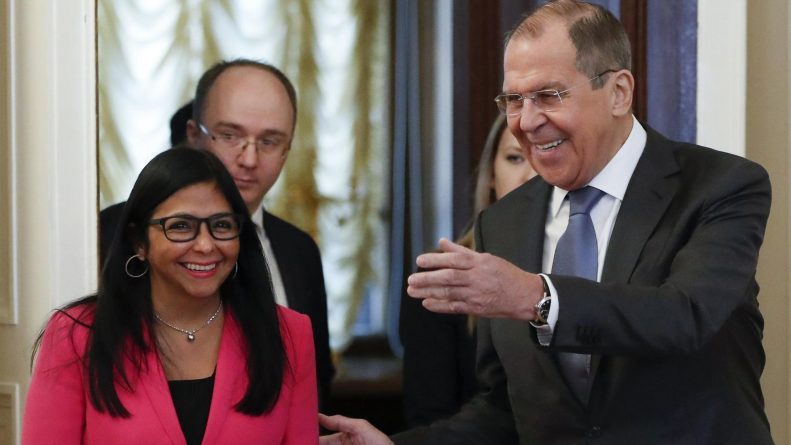 Venezuelan Vice President Delcy Rodríguez said Friday during a joint press conference with Russian Foreign Minister Sergey Lavrov that the Venezuelan president gave instructions to close the PDVSA office in Lisbon to move it to Moscow.

“President Nicolás Maduro has instructed that the office of Petróleos de Venezuela SA in Europe, which is located in Lisbon, be transferred to Moscow,” said Rodriguez, stating that the measure should “strengthen” the cooperation between Russia and Venezuela.

The measure is a sign of the strengthening of the energy cooperation that Caracas had with Russian oil companies such as Rosneft and Gazprom, Rodríguez said. According to their statements, the Venezuelan authorities “have no doubt” that the timing of the announcement of this transfer is “the best.”

The vice president of Venezuela has affirmed that Caracas will take legal measures to recover its assets in other countries, which were stole by the US government.

This Friday, the executive vice president of Venezuela, Delcy Rodríguez, and the Minister of Foreign Affairs of Russia, Sergey Lavrov, hold talks in Moscow related to the current situation of Venezuela.

In the framework of a press conference after the meeting, the Russian minister reiterated Russia’s support for the efforts of Venezuelan President Nicolás Maduro, aimed at stabilizing the situation, as well as confirming its solidarity with the legitimate Government of the Latin American country.