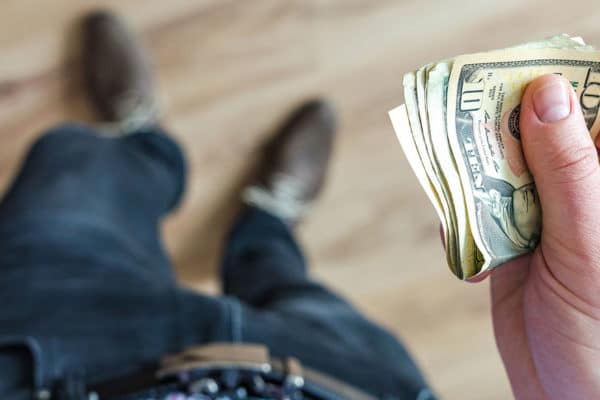 According to a study carried out by the private polling company Datanálisis, notoriously unsympathetic to Chavismo, 50% of those consulted in the Bolivarian Republic of Venezuela believe that their living conditions in 2021 are better in comparison to previous years.

These results were stated by opposition commentator Luis Vicente León, director of the opinion analysis firm, during a radio interview. He also addressed issues related to the dialogue process taking place in Mexico, and the mega-elections scheduled by the National Electoral Council (CNE) for November 21.

According to León’s statements, people surveyed felt a change in 2021 in comparison to the previous year, for example. “Basically, because they feel that there is a change that has to do with the de facto dollarization of the economy, which allows them to seek alternatives,” he explained.

In this way, the perceptions of the citizens do not necessarily imply that everything is fine, but that people are beginning to adapt. He said that the population that remains in the country, for the most part, are seeking alternatives to maintain their livelihood and satisfy their needs.

“Despite the fact that more than 90% of Venezuelans indicate that the situation in the country is bad or very bad,” noted León, “when you ask them what their life or personal situation is like, more than 50% tell you that it is better than before.”

False expectations?
On the other hand, the director of Datanálisis commented on what those sympathizing with the opposition can expect, and what they cannot expect, to come from the political process that the country is going through with the Mexico talks, from the point of view of what he called “reasonable expectations.”

In addition, he confirmed that it is not possible for the right wing to achieve a dramatic change of government in Venezuela in the short term through political dialogue. He explained that the opposition does not have the strength to remove President Nicolás Maduro from power because, if it did, it would not have to go to a negotiation.

“The government is in power, remains in power, and has no credible possibility of exiting,” said León. “And it is not true that the international community opposes him, beyond elements such as international pressure.”

Likewise, he reiterated that the possibility of a foreign military intervention in Venezuela is not feasible, and that it has been this way for two or three years. “Rather, the government of the United States is leaving countries where it entered by force,” he said.

Twitter uproar
These statements unleashed a wave of attacks by right-wing sympathizers against Luis Vicente León—who, incidentally, is a self-declared adversary of the constitutional government of President Nicolás Maduro.

Datanalisis poll: 50% Venezuelans believe life got better in the last couple of years due to dollarization. Right wingers uproar on Twitter against Luis Vicente Leo, but the truth is the truth. It only means economy is better than 2015-2018.There is a long way to reach 2013 level https://t.co/2CltTYfkXN

“Luis Vicente León” reached the top of Venezuelan trending topics on Twitter, mostly due to tweets from extreme-right anti-Chavistas accusing him of being bought by President Maduro, and insulting León. They expressed their rage at having one of their ideologues repeating the results revealed by the recent polls.

Since 2014, Venezuela’s gross domestic product (GDP) has shrunk by almost 75%, mostly due to the brutal and illegal economic blockade imposed by the United States and the European Union. The period from 2014 and 2018 marked a dramatic increase in the scarcity of basic consumer goods, accompanied by hoarding and inflation.

In August 2018, President Maduro announced a set of economic decisions including the lifting of the exchange rate control and of restrictions on the use of foreign currencies. Although radical “sanctions” on Caracas were increased by Trump’s regime, Maduro’s decisions were key for the Venezuelan economy to weather the attacks by the US and Europe and will lead—according to many experts—to GDP growth in the second half of 2021, and to positive forecasts for 2022.