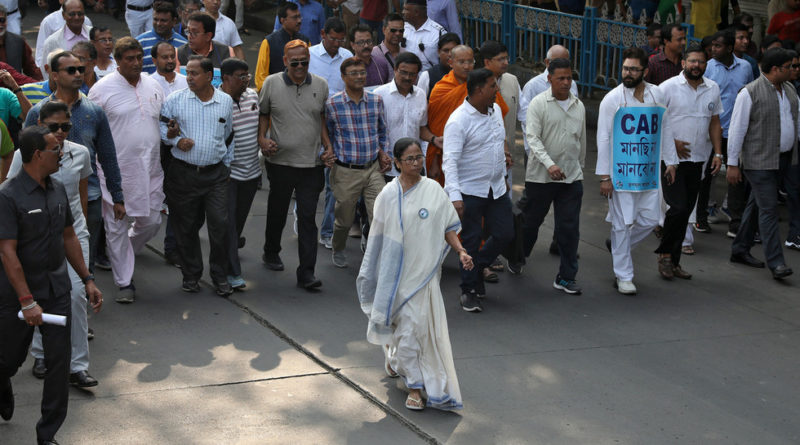 On Monday the state of West Bengal, which borders Bangladesh, one of the three countries covered by the Citizenship Amendment Act (CAA), passed a resolution rejecting the legislation. Chief Minister Mamata Banerjee said the law and the plan for a national population and citizenship registries (NPR and NRC) would be enforced in her state “over her dead body.” She called on the repeal of the CAA.

Banerjee heads the All India Trinamool Congress (TMC), which has only a small representation in the national parliament, but controls more than two thirds of seats in the West Bengal state legislature.

Kolkata follows the example of three other states which have defied the central government on the citizenship issue. Kerala, Punjab and Rajasthan, all of which are controlled by opposition parties, passed similar resolutions. India consists of 28 states and 9 union territories.

New Delhi questioned the efficacy of such moves, saying it was the prerogative of the central government to manage citizenship issues. The states pointed to the federal nature of India in response.

The CAA offers a fast track to non-Muslim refugees from three Muslim-majority countries neighboring India. It sparked widespread protests by those who see it as marginalizing Muslims.

India’s BJP government insists that the law is aimed at helping people who came to India fleeing persecution in their native Pakistan, Bangladesh and Afghanistan, and denies any discrimination against Muslims.