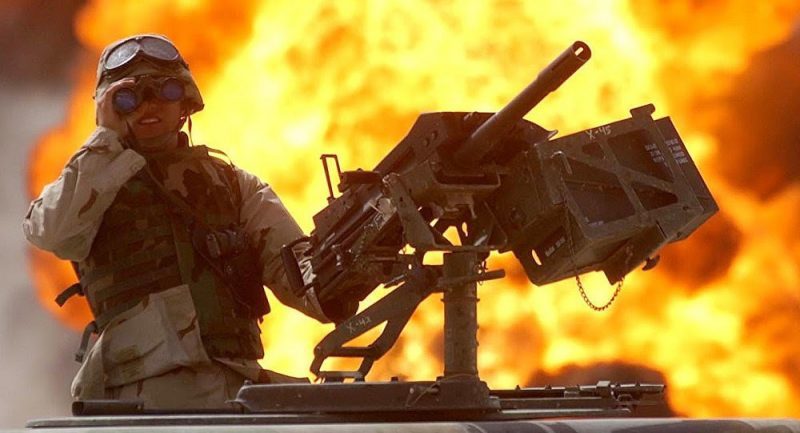 The viscerality with which Donald Trump handles his foreign policy has led him to a dead end in Venezuela. Dragged by its political-military operators in the Miami-Bogota-Madrid axis, it is on the verge of a new diplomatic defeat that will further impede its precarious international leadership.

A war waged through its allies in South America seems to be the only option, but media marketing is one thing and operational reality is quite another.

What they do not want you to know

The Bolivarian Armed Forces remain cohesive around the Constitution of the country and the leadership of its Commander in Chief, Nicolás Maduro. Despite individuals without any real weight within the military apparatus, there is nothing to indicate that the bastion that defines the stability of the political system in Venezuela is going to collapse.

Gina Haspel, expert in covert operations, has been the great architect of the campaign to try to break the will of the Bolivarian Armed Forces. Its objective is to organize and feed the parallel army that is being prepared in Colombia and which has already been denounced by the Venezuelan Government. To this end, it has extensive profiles of officers who have been discharged for illegal or unethical acts, as well as information about those who have money, relatives and property outside of Venezuela. Any element is used as a pressure point.

Haspel needs a media avant-garde, since she can not show the television cameras the bulk of the parallel army, made up mostly of paramilitaries and elements of criminal gangs linked mainly to drug trafficking. However, despite the bloody war of intimidation, it has not achieved more than punctual and timid statements repudiating Nicolás Maduro. If we think that the FANB has more than 500,000 troops and at the moment, it is approaching to incorporate more than two million militiamen to defend the territory, what Haspel has achieved is absolutely insignificant.

Another aspect corresponds to the internal reality of each of the countries that will be used as a spearhead for the war aggression.

Colombia has been at war for more than fifty years. At this time, the talks with the National Liberation Army (ELN) and with the breach of the peace agreements signed with the Revolutionary Armed Forces of Colombia (FARC) have failed, the Colombian Army acknowledges that it would leave extensive vulnerabilities in its own territory if it engages in a conflict outside its borders.

To this, we add the impossibility that Colombia has to confront the displaced ppersons that a military conflict with Venezuela would provoke.

Brazil, no better. At this time there is a lot of speculation about the true state of health of President Jair Bolsonaro. The official narrative attributed the operation to which he was subjected more than a week ago, to the event not yet fully clarified, in which he was stabbed while he was a presidential candidate. A struggle for the succession of power seems to break through in Planalto. If we add to this tension, the accusations of corruption that Flávio Bolsonaro has received and the refusal of the Brazilian army to accept a US military base in its territory, we can attest that the political conditions in Brazil are not at all favorable for those who wish to involve it in war.

What is the United States afraid of?

On October 3, 1993, Somali rebels toppled two Black Hawk helicopters, killing more than 18 special forces soldiers and wounding 73 others. The images broadcast by news networks such as CNN, which could be seen as rebels, they paraded through the streets of Mogadishu with the bodies of the soldiers, generated such rejection in the public opinion of the United States, that the Clinton Administration was forced to withdraw its troops from Somalia a few months later.

In a time of vast digital interconnection, the United States can not afford to submit to more defeats that will be instantly viralized. For this reason, they have chosen to subsidize the war through mercenaries, as they did in Syria and Libya, but also in making other countries fight for them. However, the problem remains latent: is the Brazilian and Colombian population willing to see their soldiers die for a conflict whose only beneficiary, as John Bolton has openly expressed it, will be the US oil companies?

Through media propaganda, the idea has been sold that a war against the South American country would be a kind of “surgical operation” in the style of Hollywood movies. Without victims, beyond the military and civilian fighters who oppose Nicolás Maduro being removed from power, and with the supporters of the opposition hidden comfortably in their homes, following everything in real time through social networks.

The Pentagon has made a comprehensive analysis of Venezuelan weapons capabilities, and it lies when it says that the intervention will be short and that it will not find resistance.

Yuri Liamin, military expert, considers that the priority of the United States is to fracture the Bolivarian Armed Forces, so as not to have to face Russian weaponry that includes systems of long range air defense S-300VM Antey-2500, Buk-M2E and the Pechora -2M medium-range, as well as a large number of tanks T-72B1V, BMP-3, BTR-80A, SAU Msta-S, self-propelled weapons Noah-SVK, MLRS Grad and Smerch.

Liamin especially points to the air power of the Venezuelan State, which has Su-30MK2 fighter jets, placing it as one of the first in South America.

Another complexity for the United States is the Venezuelan ground forces, equipped with Igla-S MANPADS and ZU-23 / 30m1-4 systems, as well as special operations commands, especially the highly trained sniper groups equipped with Dragunov SVD rifles, capable of stopping a whole contingent of enemy soldiers by themselves.

But perhaps the biggest obstacle, for those who cry for a military outcome in Venezuela, is precisely the military doctrine of comprehensive defense of the country, which includes “the war of all the people”, as well as an agile and powerful system of training known as the Tactical Method of Revolutionary Resistance.

If the Venezuelan government achieves its expectations of strengthening the Bolivarian Militia with two million members before April, and of organizing them in some 50,000 units of defense throughout the nation, it is possible to generate a powerful deterrent (and perhaps of conscience) for those who do not want a continental-scale military disaster.

The psychic siege as a last resort

Understanding the operational reality, the United States has opted during the last hours to keep social networks saturated with fake news and rumors about the entry of ‘humanitarian aid’ to Venezuela. The intention is to try to break the unity of the Bolivarian National Armed Forces and the Venezuelan people who support the Bolivarian project.

While supporters of the opposition are terrorized in their homes, (prisoners of the latest audios or messages proclaiming the end of the world), those who want peace in the country must commit to an option that will free the “collective mind” from the siege imposed on them.

This does not mean passivity or neglecting the threat, but giving it new meanings: repoliticize the population around the need for the political project, organize and train it for territorial defense, achieve the greatest consensus and dialogue among all sectors that oppose war and military intervention; and finally, to overcome the economic aggression to which the Venezuelan people have been subjected.

In these moments, the enemy is called despair and his most powerful weapon is the one that seeks to make us believe that Venezuela is an isolated, helpless country, with no possibility of response to an aggression and that resignedly awaits the apocalypse offered. Nothing is farther from the truth.

Remember that 200 years ago, this same country defeated for the moment what was the most powerful empire on earth. Hopefully, it will not be necessary to demonstrate, again, what it is capable of and allowed to do, just as the verses of the Palestinian poet, Suheir Hammad, asks for a life far from the war tragedy.

“I will not dance to the beat of your war drum.

I will not lend my soul and my bones to your war drum.

I will not dance at your pace.

I know that rhythm, it’s a lifeless rhythm.

I know very well that skin that you hit.

It was still alive after being hunted, stolen, stretched.

I will not dance to the beat of your war drum.

I will not kill for you. Especially, I will not die for you.

I will not mourn death with murder or suicide.

I will not dance with bombs because everyone else is dancing.

Everyone can be wrong.

Life is a right, not collateral or casual damage.

I will not forget where I come from. I will play my own drum.

I will gather my beloved close and our song will be dance.

Our buzz will be the rhythm. I will not be deceived.

I will not lend my name or my rhythm to its sound.

This beat of my heart sounds louder than death.

Your war drum will not sound louder than my breath. ”