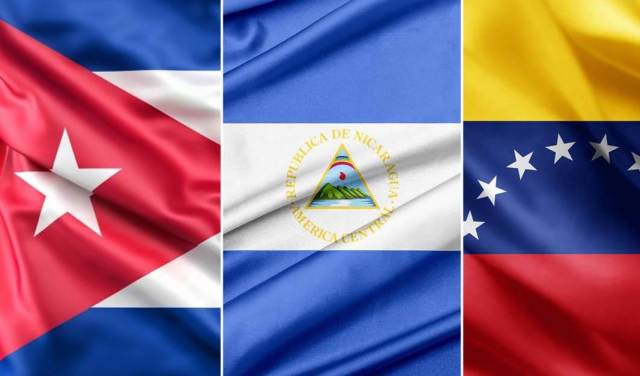 Do you know which three countries have the lowest number of COVID-19 deaths per capita in Latin America? The data is provided by the US Institute for Health Metrics and Evaluation, yet curiously it is not headline news. Do you know why? Because they are Nicaragua, Cuba and Venezuela—countries subject to US blockade and sanctions, and with public-oriented healthcare policies.

Let’s talk about press freedom in Russia and the USA. Vladimir Putin attended an hour-long press conference with all the Western networks to report on his recent meeting with Joe Biden. At the latter’s press conference, on the other hand, the Russian media were banned. Another example of press freedom “made in USA”: Emily Wilder, correspondent of the US’s Associated Press, a Jewish journalist, has been fired for her criticism of “Israel” on social media networks.

A recent report by the ILO and UNICEF tells us that in Latin America and the Caribbean there are 8.2 million working minors. If there were significant figures of child labor in Cuba, there is no doubt that we would read extensive reports about yet another symptom of the “communist failure.” However, if there are currently more than one million working children in Peru, why don’t they write about the failure of the capitalist system?

The European Union has imposed new sanctions on Belarus for the arrest of the ultra-right opposition leader Roman Protasevich, after a Ryanair plane was diverted. For Brussels, it was “an attack on democracy, freedom of expression and European sovereignty.” Eight years ago, let us recall that the official plane of Evo Morales, then president of Bolivia, was forced to land in Austria, following the closure of airspace by Spain, Italy, Portugal and France. The order came from the US government, which claimed that the US dissident Edward Snowden was hiding in that aircraft. This was later proven to be false. But it showed us what the “defense of European sovereignty” is all about.

Colombia: since the end of April, the number of deaths in social demonstrations, mostly due to police action, exceeds 70. More than 500 people are missing. At the end of May, the Argentinean activist Juan Grabois, participant of an observation delegation, was deported by the Colombian government. Nevertheless, all of this is treated with kid gloves by the international press. Imagine if the deaths, repression, disappearances or deportations were to take place in Cuba or Venezuela.

This country, Venezuela, suffers a brutal economic blockade. Not only has this oil-based economy, due to sanctions, gone 14 months in a row without selling a barrel of oil; not only have all its public funds and gold reserves been withheld in international banks. In addition, a few days ago, the COVAX mechanism of the World Health Organization confirmed that, after receiving $109 million from Caracas for the purchase of COVID vaccines, the UBS bank, applying the US sanctions, had blocked the payment. Media scandal? No media scandal.