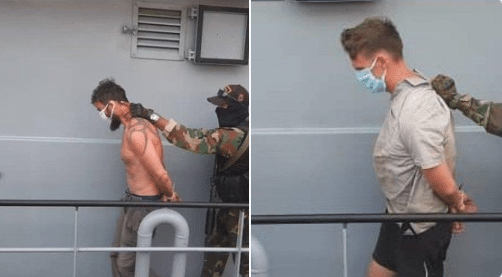 On Monday, the President of Venezuela, Nicolas Maduro, granted pardons to a group of more than 100 individuals who are politicians facing criminal processes for violating the law. It was done to promote national reconciliation, three months before the parliamentary elections scheduled to be held on December 6. However, the list did not include the two US mercenaries involved in Operation Gideon, a failed armed incursion that took place on May 3.

Operation Gideon was organized in Colombia under the protection of Colombian authorities following the orders of the US regime and with the complicity of Juan Guaido. He signed a contract with a US mercenary firm belonging to Jordan Goudreau who uncovered the whole operation using social media, upset for not having received the payment.

The two former US special operation military-men, identified as Luke Denmnan and Airan Berry, committed serious breaches of justice, peace and Venezuelan sovereignty, seriously undermining the security of the nation. These criminals took advantage of legal benefits through delation, and have already been prosecuted and convicted by the Venezuelan authorities.

It is important remember that Denman and Berry were members of the United States contractor SilverCorp Usa, which was administered by Jordan Goudreau, with whom the opposition Juan Guaidó signed a contract in which the training of mercenaries was established in order to invade Venezuela, kidnap/kill President Maduro and depose the Bolivarian government and other authorities.

RELATED CONTENT: The Stage Is Set for a Venezuela October Surprise

On August 8, the Venezuelan Attorney General, Tarek William Saab, reported that the two former US military personnel and other co-conspirators in the terrorist incursion called Operation Gideon were sentenced to 20 years in prison.

“They admitted to having committed crimes of conspiracy, association, illicit trafficking of weapons of war and terrorism, typified in the Penal Code, for which they were sentenced to a prison time of 20 years,” Saab said when announcing the sentence.