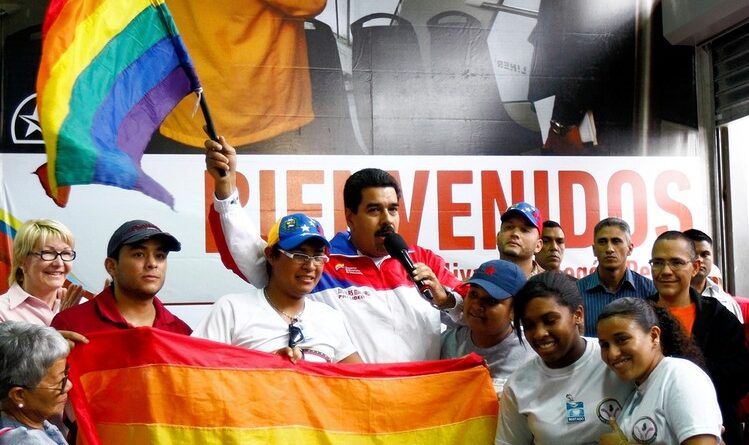 “I will leave that task to the new National Assembly,” said the President of Venezuela, Nicolás Maduro, about discussions in Venezuela regarding possible approval of same-sex civil unions.

Many countries in Latin America, traditionally very conservative on LGBT issues due to machismo culture and church influence in government decisions, already have legal framework for same-sex civil unions. Argentina, Brazil, Costa Rica, Colombia, Ecuador, Uruguay, Chile and Mexico (in some states) are countries that have advanced in eliminating this regressive restriction on the civil rights of same-sex couples.

“The discussion about the use of the term ‘marriage’ or ‘civil union’ is a trap used by the church to divert attention from the main issue here, the fact that you have hundreds of thousand of citizens being marginalized for not fitting into the traditional sexual pattern and church dogma. That’s a form of discrimination, they need to have the same right to form a family, to have the same legal status as heterosexual couples, and to not be afraid of stigmatization and cultural rejection,” a political expert told Orinoco Tribune.

The president referred to recent statements by Pope Francis, who was openly in favor of civil union between members of the LGTBIQ community (an acronym for the initials of the words Lesbian, Gay, Bisexual, Transgender, Intersexual and Queer). Maduro said that the new Venezuelan parliament should be in charge of discussing the law that deals with this issue. Venezuela has scheduled its parliamentary elections for December 6, following the constitutional mandate. Many analyst project that the new parliament will have a PSUV majority.

Venezuela, despite having a socialist government for more than two decades, has not yet initiated the path to allow same-sex couples to enjoy the same rights that heterosexual couples have. “There is still a strong presence of the church in Venezuelan society imposing all their regressive dogma, and there is also a very deep-rooted macho culture that needs to be eradicated if we really want to talk about equality and socialism,” the expert added.

“Homosexuals are children of God and have the right to a family. What we have to do is create a civil union law. This is how they are legally covered. I supported that,” the Pope said in a documentary recently made public, in response to which Maduro asked a group of LGBTIQ activists: “ What do you think? I have several friends who agree with the Pope,” addressing those attending the meeting with the candidates of the Great Patriotic Pole for the National Assembly this Thursday, October 22.