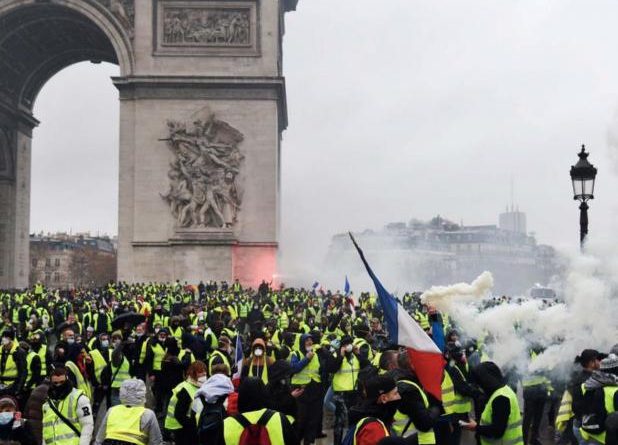 The yellow vests will go to the streets of Paris today and will make a big demonstration to cross the city from east to west while the Prefecture of Police announced a broad security device during the demonstrations, announced the Latin American Information Agency, Prensa Latina.

To avoid disturbances, the Paris authorities again banned the gatherings on the Champs Elysees , as well as in front of the National Assembly and the Elysee Palace.

Thus, to control the situation, since last Friday night the surveillance in metro stations and trains in the zones concerned by the veto was reinforced.

During the morning of this Saturday the agents will realize registries in the bags of the passers-by in the same stations and in strategic places, detailed the Prefecture.

Independently of the actions in Paris , mobilizations have also been planned in various cities throughout the country. The movement is today reaching its twenty-first consecutive Saturday of actions in demand for a change in government policy that promotes greater social and fiscal justice.

That act will be the first after the end of the national debate advocated by the president, Emmanuel Macron, to try to appease the crisis generated by the manifestations of the yellow vests.

The Executive promised to deliver on Monday the summary of the more than 1.5 million contributions made by citizens.