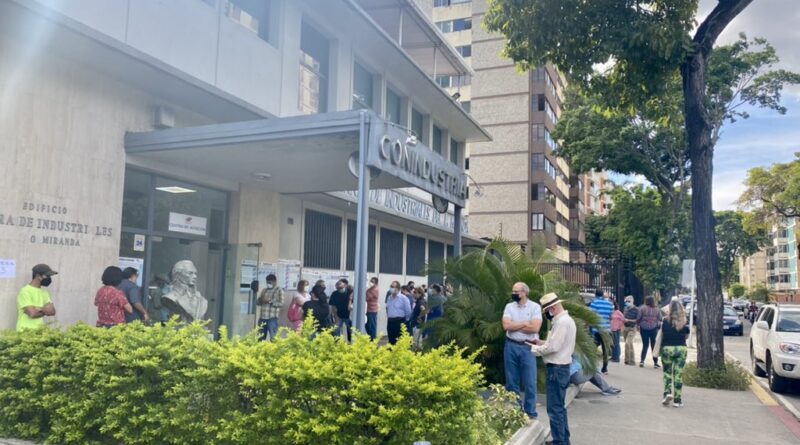 Caracas, November 21, 2021 (OrinocoTribune.com)—This Sunday, November 21, Venezuela held its election number 29 in 22 year of the Bolivarian Revolution. Besides some ordinary delays in the opening of some electoral centers, some voting machine issues and only one violent  incident in Zulia state (border with Colombia), most Venezuelans consider the electoral day in very positive terms.

Orinoco Tribune team toured Caracas in the afternoon and noted a higher turnout, higher than the ones registered since 2017, besides the fact that traditionally most Venezuelans prefer to go to vote in the early morning. “If you ask me to make a forecast,” said Orinoco Tribune editor Jesús Rodríguez Espinoza, “something that is not easy to do if you do not have a wider picture, I would say that it might be between 45% and 50%.”

Brief report about our afternoon tour around different voting centers here in Caracas. Best turnout we have seen in recent years, not perfect but strong. #MegaElecciones2021 #Regionales2021 #Venezuela pic.twitter.com/BbPG5Wj2VY

Apart from the improvement in turnout in comparison with recent elections, most of the right-wing parties that boycotted the last elections decided to participate in this one, not due to their democratic spirit but fearing the risk to losing political grounds to new right-wing forces, according to some analysts. The general overview of the Orinoco Tribune team was that today’s election was a democratic process that went through in peace and with a very well organized and fast voting mechanism.

Orinoco Tribune did a tour around different voting centers in Caracas between 2pm and 5pm. Good turnout specially in the East (very unusual and good sign). Below all the videos. This is Centro Venezolano Americano in Las Mercedes #MegaElecciones2021 #Regionales2021 #Venezuela pic.twitter.com/M6rGhGG3Sx

In the tour we visited 10 voting centers, approximately from 2:00pm until 5:00pm, and in 9 of them we were able to record videos outside the voting center. Only in one of them the security did not allow us to record videos. Our team had not requested media credentials, something that was suggested to us by some people who witnessed our problem to record videos at that center. In future, for relevant events, we would consider to apply for media credentials in order to do our journalistic work more efficiently.

Here some images from our tour. This is colegio San Jose de Tarbe, El Paraiso. Here we recorded a video inside our voting center, not in a voting station. A voting staffer with an attitude call a military officer to erase it. Thread. #MegaElecciones2021 #Regionales2021 #Venezuela pic.twitter.com/qet6swM7WC

At the moment of closing this note most Venezuelans were still waiting for the first preliminary report to be issued by the National Electoral Council (CNE) that usually waits until the winning statistical tendency is clear before making any announcement that might be reverted. It is important to highlight here that in the last regional elections held in 2017, five states were won by the political anti-Chavismo, the states being Anzoátegui, Mérida, Nueva Esparta, Táchira and Zulia.

Featured image: Venezuelans waiting to vote in Conindustria, a voting center in Chuao (east Caracas) in the afternoon of November 21, the day of the regional and municipal elections of Venezuela. Photo by Orinoco Tribune.