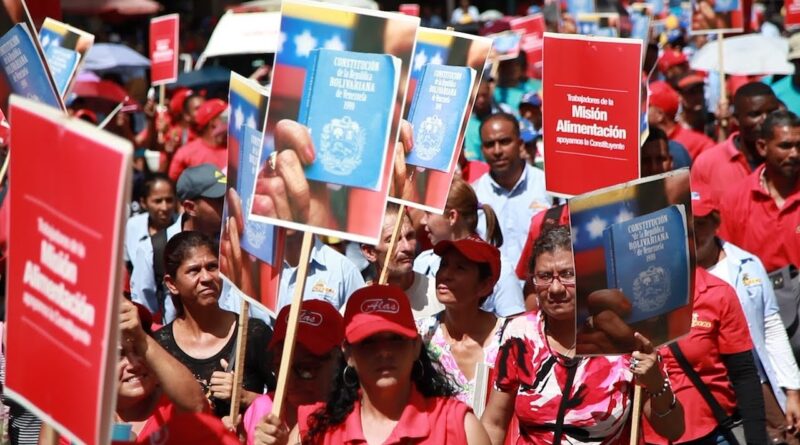 On this coming Sunday, November 21, Venezuela will go to regional and local elections to vote for over 3000 public officials. However, some governments and people still think that the country is a dictatorship ruled by President Nicolás Maduro. We all know where these words come from, but despite it, is there any solid evidence or argument to believe it? The upcoming electoral process gives us the perfect context to put a light on this issue.

In this opportunity, the right-wing parties have proposed candidates for the first time since 2018. The Venezuelan opposition intentionally missed three elections prior, arguing that there were no democratic guarantees in the country. Nevertheless, they have come back now, even when no major change has been implemented in the electoral order. The strategy was clear, targeting the Venezuelan democracy. This attitude was part of its role in the regime change project against President Maduro’s government, but now they are back to elections.

They tried to discredit the country’s democracy, but that did not work, and now they are back. After countless government attempts to establish a dialogue, the opposition agreed to negotiate in Mexico and signed a memo with the government on August 13. What kind of dictator is Maduro when he encourages the opposition’s participation in every election?

Over 80 political parties and regional organizations have presented candidates for this election. Meanwhile, the governing United Socialist Party of Venezuela (PSUV) organized primary elections where over three million people cast their votes and decided on their candidates. This figure represents over 10% of the country’s electoral roll (21 million people) and tells us that Maduro is a popular “dictator.”

The National Electoral Council (CNE) has been working hard during the last months, and it even has four new members, who were elected by the National Assembly last May, among them its President Pedro Calzadilla. The electoral authority will deploy over 30,000 polling machines, which have been audited 19 times before being used in the election. The Bolivarian National Guard will also take part in the election day, to safeguard polling stations and voters from terrorist acts, like the one they dismantled a few days ago when four individuals linked to the opposition fugitive Leopoldo López were arrested before they could destroy a CNE warehouse using explosives and gallons of fuel.

According to experts, Venezuela’s electronic voting system is one of the most upgraded in the world. Some people (including former US president Jimmy Carter) say that it is the best and most transparent system with biometric authentication since 2012 and seven verification steps, which reduces chances of fraud to practically zero. Even though some foreign governments continue to repeat, ad nauseum, that Venezuelan elections are a fraudulent, it is like throwing stones at their neighbors while living in a glass house.

Dictatorial Venezuela is not satisfied enough with its high-tech anti-fraud system, and has invited over 300 international and national observers to oersee the process. The European Union sent over 30 people, while the United Nations (UN) sent an expert panel. Nothing seems like it’s enough for Venezuela when it comes to electoral transparency.

Democracy is a pillar of the Bolivarian Revolution, started by Hugo Chávez in 1999. The campaign orchestrated by the western right-wing to depict the country as a totalitarian regime clashes with the democratic character of the PSUV and the many transparent measures taken by the government and the electoral authority. Even with all this the smear campaign keeps going, so they can retreat to screaming “fraud” every time they lose an election.

The truth is that calling Venezuela a dictatorship is a joke. It is probably the only country in the world that has held nearly 30 elections in the last 22 years. So after all this if somebody still insists on calling the South American country a dictatorship let’s at least be fair and call it the “dictatorship of democracy.”

Featured image: Venezuelans marching in favor of democracy of sovereignty of their country. File photo