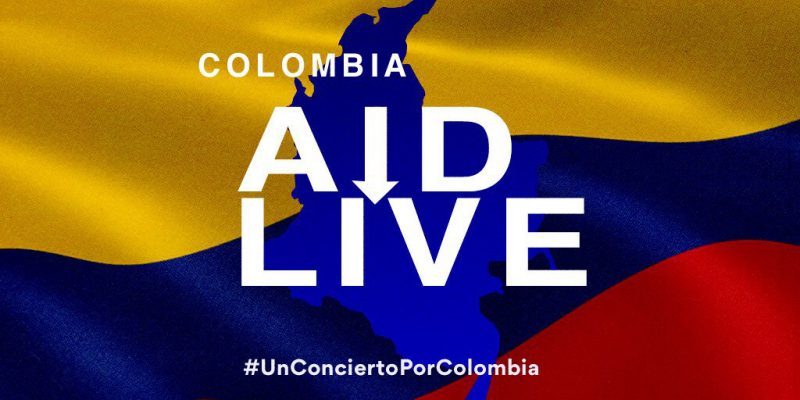 Let’s start at the beginning and without detours. According to the European Commission, based on its own index (prepared by the Permanent Inter-Agency Committee of the Reference Group on Risks, Early Warnings and Readiness, INFORM), Colombia is the Latin American country with the highest risk of humanitarian crisis, above from Guatemala, Mexico, Honduras and, of course, from Venezuela.

A poor child in Colombia would have to wait 330 years on average to stop being poor, according to a report by the Organization for Economic Cooperation and Development (OECD). 11 generations are needed to achieve that.

One in ten children in Colombia suffer from chronic malnutrition, according to the United Nations Children’s Fund (Unicef). A report from the National Administrative Department of Statistics (DANE) indicates that between 2012 and 2016, 1,562 children have died from malnutrition throughout the national territory of Colombia. According to Unicef ​​itself, 1 in 3 children live in multidimensional poverty conditions and half of children under two years of age are in critical overcrowding.

RELATED CONTENT: Mayor of Cucuta to Duque: “Distribute the US Aid to us”

Colombia ranks third, among 175 countries, with the highest rate of child homicide in the world, according to the latest report of the international NGO Save the Children for the years 2015-2017.

In the last 11 months, 162 human rights defenders and social leaders in 99 municipalities throughout the country were murdered, according to data from the Colombian Ombudsman’s Office.

According to the latest Transparency International report, Colombia has worsened its Perception of Corruption Index, which is already in the 99th position of the 180 countries analyzed. Corruption in Colombia costs 18,400 million dollars annually, according to the General Comptroller’s Office of the State; that means something more than 5% of GDP, or 15% of the national budget.

US “Humanitarian Aid” Concert for Venezuela Raised Less than 3%

In Colombia, attacks against journalists increased by 89% between 2015 and 2018, according to the Foundation for Press Freedom. In fact, Colombia is (along with Mexico and Brazil) among the 14 leading countries in the world where murderers of journalists are not punished in the courts, according to the global index of impunity prepared by the Committee to Protect Journalists.

Colombia continues to be the country with the largest number of internally displaced persons in the world, with 7.7 million people in 2017, according to research published by the United Nations High Commissioner for Refugees (UNHCR).

Economically, the weight of industrial activity in Colombia fell from 25 to 12% of GDP between 1970 and 2016, according to figures from the Central Bank of Colombia. And, on the contrary, banking gained weight in recent years and its assets reached 48% of GDP (when the figure was 23% in 1990). 55% of workers earn less than the minimum wage.

The Financial Action Task Force (FATF) warns of a very problematic situation in Colombia. In its latest report, it states: “the systems and tools for anti-money laundering of assets and against the financing of terrorism are not completely in line with the risk-based approach and there are important gaps in the supervision of activities.” This report determines that Colombia has ignored the reality of the total amount of money laundered in the country. In a World Bank study, it was estimated that the volume of laundered assets in the Colombian economy amounts to 7.5% of GDP.

For its part, in the democratic field, Colombia is the country in the region with the lowest level of electoral participation in all of Latin America. Between 1994 and 2018, the average number of abstentions for presidential appointments was 54.21%. Two additional data confirm this weakness of the Colombian democratic system: a) in the plebiscite on peace agreements, abstention was 62.57%, and b) the popular anti-corruption referendum held in 2018 had an abstention rate of 67.96%.

For all this, and for much more, His Excellency President of the Republic of Colombia, Mr. Ivan Duque Márquez, I propose that you summon the De Lima Group to try to obtain help for your country that, apparently, needs it according to the data of multiple international organizations. I suggest that you go to the United Nations or, if you prefer, to the Organization of American States (OAS), to find the relevant support for your country. And if none of this appeals to you, you will always have the concert.