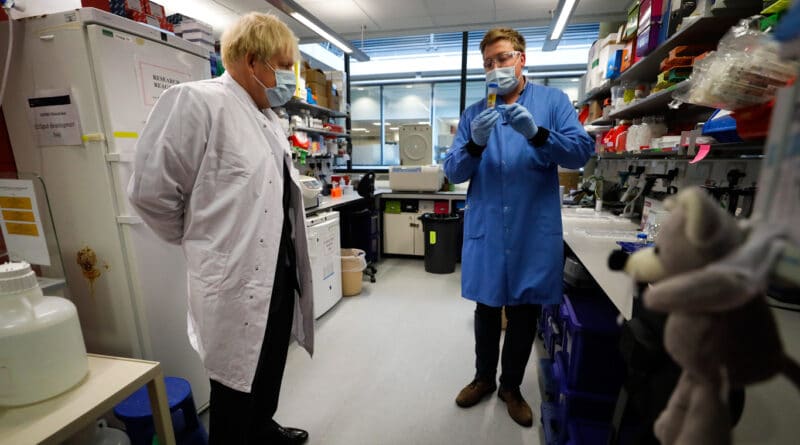 The world’s wealthiest nations have already quietly bought up more than half of the potential future supply of the most promising COVID-19 vaccine doses, leaving little for anyone else. International charity Oxfam studied five leading COVID-19 vaccine candidates, currently under clinical trials, and found that rich countries had pumped billions of dollars into research, securing 51 percent of the promised doses. This means that the United Kingdom will have 45 times more doses per head of population than a poor country such as Bangladesh.

Worryingly, the vaccines are being researched and produced by for-profit transnational pharmaceutical corporations, who have already announced they intend to make profits on any future sales. Massachusetts-based Moderna, for example, has already sold options for all its supply to rich nations, for up to $35 per dose, effectively pricing out poorer countries who cannot afford to pay such a high price.

More concerning still, however, is that the five companies surveyed have nothing like the capacity to produce enough vaccines for all. Even if all five potential remedies succeed (an extremely unlikely best-case scenario), the large majority of the world’s population will not be able to be treated until at least 2022, Oxfam warns. Moderna, it notes, could only produce enough for around six percent of the world’s population on its own.

Without organized and committed popular pressure, big pharma has shown minimal interest in working together for the good of humanity, sharing knowledge and expertise, another example of the profit motive clashing with the public interest. “Governments will prolong this crisis in all of its human tragedy and economic damage if they allow pharmaceutical companies to protect their monopolies and profits,” said Chema Vera, Interim Executive Director of Oxfam International, “No single corporation will ever be able to meet the world’s need for a COVID-19 vaccine. That’s why we are calling on them to share their knowledge free of patents and to get behind a quantum leap in production to keep everyone safe. We need a people’s vaccine, not a profit vaccine.”

Pharmaceutical corporations are already engaged in serious pandemic profiteering. Antiviral drug Remdesivir has proven relatively effective in fighting COVID-19. California-based operation Gilead Sciences has been charging Americans over $3,000 for a full course of the drug, despite the fact that it costs them less than the price of a Subway sandwich to produce. Indeed, so cheap is the antiviral that the syringes and equipment needed to administer it cost more to make. Gilead’s price gouging was described as “ethically unacceptable” and “a new low” in pharmaceutical malpractice by medical researcher Dr. Andrew Hill.

While morally questionable, the pharmaceutical industry has a long history of reprehensible actions. Gilead itself is being sued in the U.S. and accused of deliberately holding back a lifesaving HIV drug for years to extend the profitability of its previous, inferior one. It has been alleged that this caused 16,000 needless deaths over a nine-year period. Gilead sells the drug for around $8 in Australia, but charges Americans $2,000 per month, thanks to U.S. laws preventing government price bargaining.

Dozens of pharmaceutical companies also took Nelson Mandela’s South African government to court for its decision to use generic HIV medication over infinitely more expensive brand name drugs, claiming it was breaching trade laws. They only dropped the case in 2001 after worldwide public pressure. 7.7 million South Africans live with HIV/AIDS, an official prevalence rate of over 20 percent, according to the U.N., although actual numbers may be higher.

The COVID-19 pandemic has also led to a rise in highly questionable behavior from nation-states. The U.S. under Trump has led the world in confiscating and stealing vital supplies bound for other nations, seizing ventilators meant for Barbados, masks meant for Germany, and equipment Brazil, France, and Canada had already paid for. It has also used the pandemic to push for harsher sanctions against Iran and Venezuela. Nearly 7 million Americans have tested positive for the coronavirus, and more than 200,000 have died, although some believe the official figure is too low.

The global pandemic presents an opportunity for worldwide solidarity and cooperation, with viruses not respecting international borders. Unfortunately, the crisis seems to have brought out some of the worst behavior from corporations and governments alike. It appears the most powerful nations are treating lifesaving treatments as commodities to be bought and sold, rather than a pressing need for all of humanity.