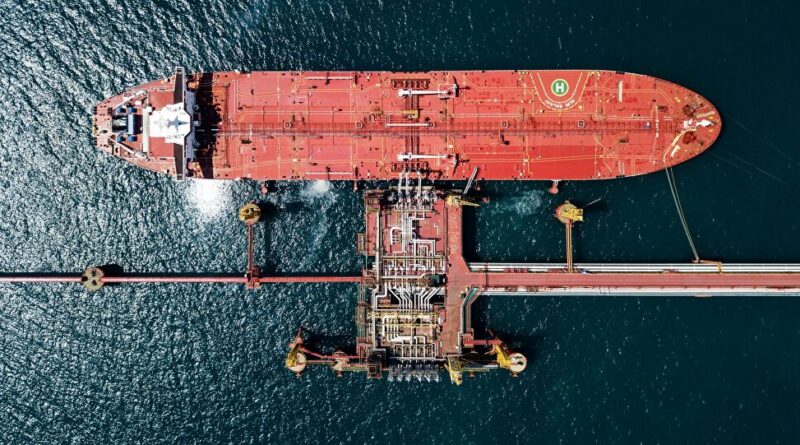 The largest Venezuelan oil tanker, the Ayacucho, has changed its name and has gone on to sail under the Russian flag under the name of Maxim Gorky. This change could help to find an insurer for the vessel, which became almost impossible due to the imposition of sanctions on PDVSA by the US.

Out of more than 800 ships that had once operated under the Venezuelan flag, only a handful of them went on to change jurisdiction, opting in some cases for Liberia or Panama, according to the Equasis database.

With a dead weight of 320,800 tonnes, Maxim Gorky is now the largest tanker sailing under the Russian flag. Previously this honorable title belonged to Umba with 300,000 tons and Kola with 309,000.

“It is a ship that carries two million barrels. Never before have we had a ship with these characteristics in Venezuela. It is almost as big as an aircraft carrier (…) the aircraft carrier of the homeland, of sovereignty,” said the then Venezuelan Minister for Oil and Mining.

How Washington paralyzed the ship
Before passing to Russian jurisdiction, Ayacucho was part of a group of four supertankers that belonged to the Singaporean company CV Shipping. It was a joint venture founded by Venezuela’s PDVSA and China’s PetroChina.

Once the United States imposed its first package of restrictions on PDVSA, the Standard Club insurer revoked the policy granted to these tankers. CV Shipping’s insurance broker Willis Towers Watson explained in an email sent to Reuters that the insurer had made that decision because “it did not want to risk being subject to US penalties.”

This kind of corporate reaction is called by experts as “over compliance”, meaning avoiding doing business of all sorts with the sanctioned country not due to an explicit sanction but as a precaution, affecting its operations and finances. Many analysts refer to US sanctions as the one being imposed against Venezuela during Trump’s administration but in reality Venezuela has been heavily affected by “over compliance” measure since 2013.

Singapore law requires all commercial vessels to have protection and indemnity insurance in order to navigate. This policy protects in the event that a third party files a claim for damage caused by the insured vessel. For this reason, the revocation of Standard Club made CV Shipping’s tankers unable to navigate in international waters, said a PetroChina lawyer.

As a result, CV Shipping, which had made annual revenues of between $600,000 and $14 million in the 2013-2018 period, went on to post losses of $500,000 per month. The cause of its financial problems was that it had to pay the management fee and fuel fee while its ships could not generate income from transporting oil.

As a result, in January 2020, one year after the imposition of the sanctions on PDVSA, PetroChina had to go to a Singaporean court to administer the liquidation of CV Shipping. The Asian country’s oil company has been left with three tankers, while its Venezuelan partner kept control over Ayacucho.

How does the flag change help the ship?
Although in the Russian market it is not entirely easy to take out an insurance policy for such a large oil tanker since the respective contracts include clauses on the risks of sanctions, this task is not impossible to fulfill. Russian insurers provide insurance for their flag vessels, as it is generally easier to assess their form of ownership, navigability and history.

“However, any insurer in the first place (…) pays attention to the technical condition, to the documents that classify the vessel, to the experience and reputation of the owner, that is, the policyholder. So it can be deduced that this has been the reason to change the flag, but it is unlikely that this cause is the only one,” explained to the Russian newspaper RBC Victoria Zhdanova, partner of the Inmarine law office, who is familiar with this market.

Apart from this, the flag change is very often carried out for commercial reasons. The Russian flag is included in the so-called white flag registery used for the purposes set out in the Memorandum of Understanding on Control by the Port State Guidance signed in Paris in 1982.

“That is, ships sailing under the Russian flag have a good reputation and are less frequently inspected by port authorities. The flag change can also be implemented if in the future a vessel must sail in Russian inland waters,” she added .

Those who register their vessels in Russia may enjoy other advantages, depending on the outlet. One of them is the preferential tax regime that is imposed on ships registered in the Eurasian country. In addition, these ships are exempt from value added tax (VAT) and their owners’ income is not accounted for in determining the tax base for income tax. They are also not subject to property and transportation tax.