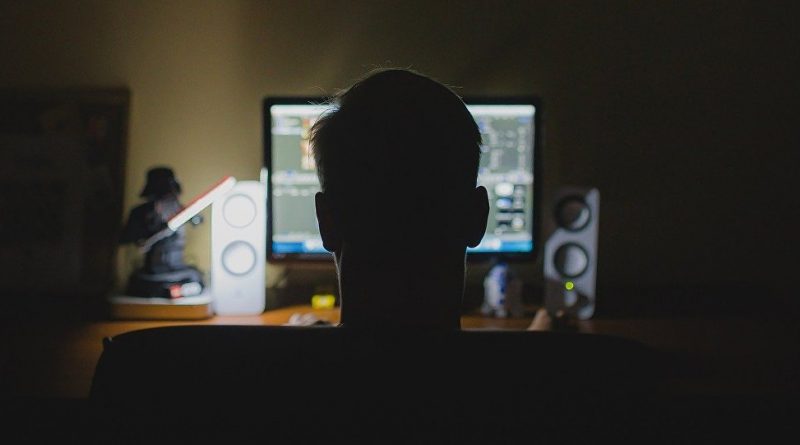 Adobe frightened Twitter in Venezuela. With a very professional statement, framed, it seemed, in a PDF file, unmodifiable, of course. The California-based US company announced to the world that due to Executive Order 13884 of US President Donald Trump, they are no longer authorized to provide services in the Caribbean country.

Adobe says that it regrets a lot, feels the inconvenience caused and claims to offer “a prior notice and a grace period” until October 28 of this year, the date on which, following the formal sob, the “dear customer” will not have access to his/her account or services.

But there is room for hope. “If there is any change in the current laws that affect your account, we will inform you by email,” the statement ends.

The networks were revolutionized: Adobe is responsible for programs that have become popular for years, such as Photoshop, Illustrator, Flash, Premiere Pro, AfterEffects or Audition, among others. La crème de la crème of the modern tools of design, photography or video and audio editing, which for better or worse have become popular among a population dedicated more or less professionally to make their first steps with the multimedia options package.

But the inevitable question after the shock is: is this Adobe blockade due to US sanctions really going to affect Venezuela?

Luigino Bracci, Venezuelan computer scientist with experience in web page design, responds. “Yes and no,” he says. Bracci estimates that in the Caribbean country there are approximately one million Adobe users, of which, “most use the pirate package, that is, what we call here ‘burners’.”

“Understanding that the original package can cost around 500 dollars (important to remember here that the minimum monthly salary of Venezuelans is 2 dollars a month), many people have to work with these pirate download alternatives that they find online, so this decision is irrelevant for them,” he assures Sputnik.

Because the “burn” package and its new updates do not understand blockages. However, and as the computer expert says, “the biggest problem is going to be for the company itself because in Venezuela there are also some users who prefer to pay for their subscription. We are talking about some private corporations or some freelancers photographers, for example, that pay for the service that Adobe offers to save and share their photographic catalog in the cloud. It is a kind of social network itself called “Behance” and it is very useful for these types of profiles,” he explains.

Bracci says that, according to his conservative calculations, Adobe can lose around $200,000 a month in Venezuela, an amount that is probably much smaller than a fine by the United States government. “They play with fear,” he concludes.

After the announcement, the hackers of the world have launched in the last hours to proselytize their mantra: free software as the primary choice for their technology devices and as a lifestyle; as a philosophy and declaration of intent beyond the merely practical.

The computer expert is a strong defender of free software and says that Venezuela has already taken its first steps to implement it at the state level in 2004. At that time, President Hugo Chávez decreed the priority use of free software throughout the national public administration, something that today has not been achieved despite the fact that on October 21, 2013 it was promulgated and the Law of Info-government was approved.

This regulation establishes “the mandatory use of free information technologies and standards open to national, regional and municipal public authorities, to autonomous institutes, universities, grassroots organizations, civil associations and state companies, with the objective to improve the transparency of the State and guarantee technological independence.”

The decision is a consequence of a more or less recent history. The attempted coup d’etat that Chavez himself suffered in 2002 with the subsequent oil strike that led to millions of losses for the country and a loss of control of PDVSA (Petroleos de Venezuela), the main company in the country, occurred through hacking of its electronic brain. Their computers were fully automated and in the hands of coup managers and workers.

“That was a lesson for Venezuela,” Bracci recalls. “The computer part of such an important [state] company cannot be entrusted to anyone but must be under the control of the State. It is what is called the ‘concept of technological sovereignty’; and that was when it was decided that the best way to do it was with free software,” he adds.

And although there is still much (much) to do, the Venezuelan government has made considerable progress in this area. For example, the National Information Technology Center, currently attached to the Ministry of Popular Power for University Education, Science and Technology, has been using free software for more than a decade for all its multimedia and design work.

Its president, Kenny Ossa, observes that “there is an important advance in the conscience of the Venezuelan people for the use of these tools.” He also considers that the sanctions imposed by the US on Venezuela are “a gigantic opportunity because all the countries and societies of the world grow in the midst of crises and that is precisely what we are doing here.”

The head of the CNTI firmly believes that there is nothing that can not be done using free software, and that only cultural barriers that still predominate among some sectors of the population must be overcome.

“The best example,” he says, “is what we do with the Venezuelan national operating system Canaima (a free operating system designed in the country and installed in the so-called “Canaimitas”, state-owned computers distributed to more than 6 million children and adolescents in schools throughout the national territory.) All its interface is adapted to the Venezuelan idiosyncrasy; all the aesthetic suite, the color palette, the backgrounds, the animations, all the graphic and multimedia material is assembled in our own operating system with free software designed by the CNTI for several years.”

Other advantages of free software advocated by both experts is that they have access to their source codes (as we say, their “entrails”, their DNA), and can be modified if necessary to avoid secrets and sabotage.

“Also, let’s study it to see if there is a back door,” explains Bracci. “Recall the revelations of Edward Snowden when he acknowledged that there was a backdoor in the Microsoft company for the NSA (US National Security Agency) to spy on people around the world,” he remarks.

The computer also defends free software applications against commercial apps. “They are very good, sometimes they are even better, but you have to open your mind because there is a myth about what the market sponsors.”

The best example may be Blender, a cross-platform computer program that allows 2D, 3D, video editing, postproduction and special effects animations. The film multinational PIXAR is using it in its most recent creations; and the animated short “Alike”, made by Spaniards Daniel Martínez Lara and Rafa Cano Médenz and which won the Goya Award for Best Animated Short in 2016, was made completely using the free software of this alternative program.

Other examples of free software platforms that can be an alternative to the end of the world without Adobe are:

The post-traumatic shock after such a media announcement as Adobe’s departure from the country is part of the non-formal blockade play against Venezuela. It is a jibarizado game because it focuses, above all, on creating bubbles of anguish at the click of social networks; and adept users begin to spread the apocalypse.

The technological mobbing alters the consciences of millennials too young to know the importance of people like Richard Stallman, who was in the 70s, the creator of the free software movement and the pioneer messiah to promote its dissemination on the arrival of the Wall Street giants, like Microsoft first, or Apple later. But Stallman is still alive and does not work in garages. In Venezuela the fan club to his irreversible legacy, surely, will soon appear.