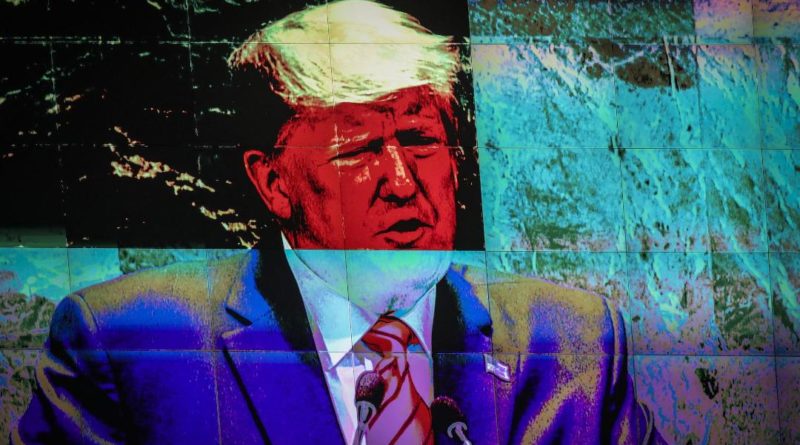 In the midst of a desolate scenario, when the United States has become the country with the highest number of those infected by the corona virus, President Donald Trump and his team of serial criminals like Elliott Abrams, Cuban-American Mauricio Claver-Carone, Marco Rubio and others, announced that their country and 22 other nations would launch a far-reaching operation against drug trafficking in the Western Hemisphere, deploying naval and air force military reinforcements in the Caribbean Sea and the South Pacific.

From Venezuela, President Nicolas Maduro denounced this situation to the world, in an extraordinary letter to the governments while the majority of the countries of the world and even the United Nations are requesting that the United States lift the sanctions against Cuba, Venezuela, Iran and other countries, in view of the very serious emergency of a pandemic of this magnitude.

So far there has been no positive response and the most serious thing is that the threatening military maneuver is not stopping and in the last hours journalists and humanitarian agencies in Colombia have been denouncing the presence of US troops in their country where there are 9 US military bases.

Holman Morris, director of Colombia’s channel three, warned this weekend that U.S. troops and helicopters have arrived at the Colombian-Venezuelan border in the Santander area, posing a scenario of invasion and war at a time when United Nations Secretary-General Antonio Guterres has called for an “immediate global ceasefire in all corners of the world” warning of what any act of war could mean for the most vulnerable and war-torn countries where there has been a collapse in health systems, while COVID 19 is claiming thousands of lives daily.

In the midst of the pandemic, a U.S. aircraft carrier, the USS Theodore Roosevelt, is being grounded in Guam, with 5,000 crew members, 10 percent of whom are affected by Covid 19, after its commander pleaded with his superiors for the sick to be released. The carrier’s captain, Brett Crozier, told the Pentagon that the coronavirus was spreading rapidly on board and asked for help in quarantining his crew. In his letter released initially by the San Francisco Chronicle, Crozier wrote “the spread of the disease is on the move and is accelerating. We are not at war. Sailors don’t need to die,” he warned. The sick sailors were brought off the ship but Crozier was relieved from his post for the way he handled the situation. As he was leaving the ship to fly back to Washington, his sailors cheered and chanted his name out of gratitude for his brave gesture. The Pentagon was also critical of Crozier for releasing the number of infections.

“For security reasons, we will not report the total number of affected, service members in the individual unit, base or Combatant Command,” declared U.S. Defense Department spokeswoman Alyssa Farah at the time, while also reporting that more than 2,000 of New York’s 40,000 police officers are infected. There is no protection for anyone.

How many sick or dead soldiers will the U.S. hide right now? How many black bags will go under ground in that country, without the families knowing about it?

LATIN AMERICA UNDER THREAT OF WAR

In Latin America, the United States has imposed four coups d’état in this century and validated illegal presidents, such as Lenin Moreno of Ecuador, who ascended to government in the name of a political party and a program, which he ignored just days after taking office, violating the popular will, as Sebastián Piñera does, harshly repressing the longest popular uprising of all time in Chile, both constituting new forms of dictatorship and causing dozens of deaths, injuries and prisoners.

In Brazil, Jair Bolsonaro was elected under a de facto government, without international observation and keeping the candidate that the polls predicted as the winner, Luiz Inácio Lula de Silva, in prison under false accusations after President Dilma Rousseff was impeached in 2016 – with the complicity of the justice system, parliament and the media. These elections cannot be considered free.

In Honduras, the current government is an unbridled continuity of the dictatorship that was imposed with the coup d’état against President Manuel Zelaya in June 2009. The murders of leaders, indigenous journalists and peasant leaders are daily occurrences. The coup d’état in Paraguay in 2012 that overthrew President Fernando Lugo in hours also allowed a return to the longstanding dictatorship of Alfredo Stroessner through personalities who were associates of the dictator or his descendants.

The 2004 coup against Haitian President Jean Bertrand Aristide, kidnapped by US troops and taken out of his country, the poorest and most punished in Latin America and the Caribbean, was left in eternal chaos, constituting another crime against humanity against a defenseless people. In Bolivia, the self-proclaimed President Jeanine Añez, whose “presidential” sash was placed on her by the military coup leaders, violated all the rules after the coup against President Evo Morales, in which the Secretary General of the Organization of American States (OAS) Luis Almagro, was a chief protagonist (Nov 2019).

And what about that scandalous character Juan Guaidó, who, at the height of his delirium and imperial decline, proclaimed himself on a Caracas street as president in charge of Venezuela, by order of the Trump government? A president without a country, collecting large sums of money from the world and asking for the invasion of Venezuela, because otherwise he knows that he would never be elected by the people of that country, not even by the opposition to Maduro’s government.

In fact, the de facto or subjugated governments of the continent, which respond to the US administration, are showing total disregard for their people in the face of the pandemic that is ravaging the world. We see this in Brazil, Ecuador, Chile, Colombia, Bolivia, Honduras and others where the population has been deprived of its essential rights.

Meanwhile, Washington is waging a war, covertly and not so much, against countries such as Mexico, Argentina and other Caribbean countries for trying to find their own way. At this time and with these circumstances, the pandemic is spreading equally against everyone and it is evident the differences with which the governments that can still decide their own strategies to face the tragedy.

For its part, the United States, while creating an almost unbelievable war front, is leaving the American population to its fate, knowing that thousands will die in the streets, since millions of inhabitants are not covered by any social security, nor do they have access to medicine or equipment, nor sufficient food, while the private health care system is geared towards the privileged. This is what the capitalist system looks like in this turbulent cycle, which also indicates its collapse.

Ten million unemployed in recent days most of them will become totally unprotected social disappearances, without social security, without public hospitals and without labor laws, to favor the big profit and exploiting companies.

Trump, besides admitting, with a chilling coldness that if the deaths by COVID-19 reach 200,000, “we will have done a good job”, announced the deployment of troops, ships and aircraft carriers in clear position to invade Venezuela, under the false argument of the fight against drug trafficking, which they themselves administer. The plan is also to go through Cuba, Nicaragua and subjugate the rest of the countries in the region, imagining that this could save their electoral campaign and cover up other failures of their administration in the midst of negotiations between Russia and Saudi Arabia for oil. All the while continuing the antiquated media campaigns against China and the Russian Federation as those countries are sending tons of aid, scientists and doctors to countries around the world including the US. This enormous contradiction cannot be hidden anymore. Nor can we hide the solidarity without borders of a small but immense country like Cuba.

The failure to stop the military operation in the Pacific and the Caribbean that also threatens Central America, Mexico and the rest of the region and especially all countries where there are military bases and establishments of the United States is another leap into the breach of Trump in these circumstances.

Their delirious fundamentalism believes that there is still time for its dreamed global governance, a mirror in which they looked at themselves and which was shattered when other powers appeared on the horizon, not precisely emerging, very consolidated ones that ended up with imperial unilaterality and not through brutal wars, like those dreamed of by the decadent businessmen of the arms and death industry.

In this way, entangled in his delirium of further strengthening the military supremacy of the United States, violating all international laws, ignoring the rights of the countries of the world, and the economic pandemic that dying capitalism is facing, the US president has become the greatest danger facing humanity and the American people. In these hours, as never before in history, a virus, barely a speck in a microscope, laid bare in weeks the entrails of an empire, of a deeply inhumane and perverse system, which is slowly and dangerously collapsing.