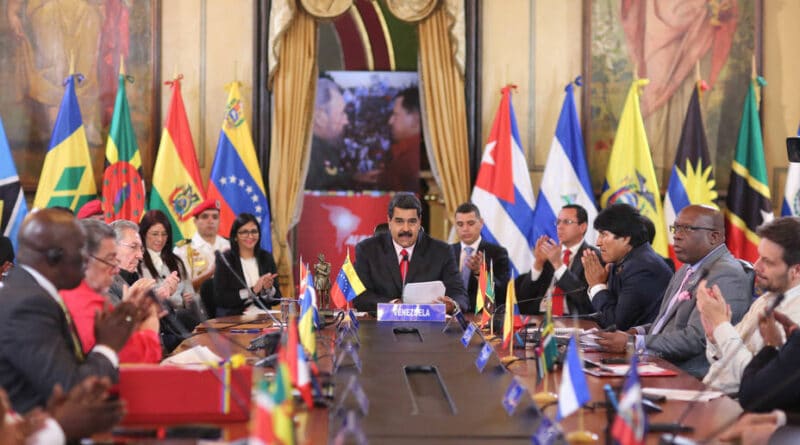 The member countries of the Bolivarian Alliance of the Peoples of Our America-Peoples Trade Treaty (ALBA-TCP) strongly condemned the new aggression of the United States government and its European allies against the people and institutions of Nicaragua.

Through an official statement, the nations of the ALBA-TCP regional bloc responded to the recent announcement of fresh unilateral coercive measures by the US and the EU council. Like other acts of economic warfare waged against Nicaragua by the US, EU, and other allies, including Canada, these aggressive measures are not corroborated by United Nations decisions, and therefore constitute violations of international law.

The text of ALBA-TCP’s statement was published by the executive secretary of the Bolivarian Alliance, Sacha Llorenti, on his social media account, @SachaLlorenti.

The new sanctions were announced on January 10, the same day President Danial Ortega was holding his inauguration ceremony. Great support for President Ortega by the Nicaraguan people provided powerful evidence of the defeat inflicted by the Central American nation against the neocolonialist states, and demonstrates sovereign Nicaragua’s resolve to remain free from foreign domination.

The ALBA-TCP document emphasized that these new measures violate international law and undermine the fundamental principles of the founding charter of the United Nations (UN), in addition to violating the human rights of the Nicaraguan population, doubly inhumane during the the COVID-19 pandemic.