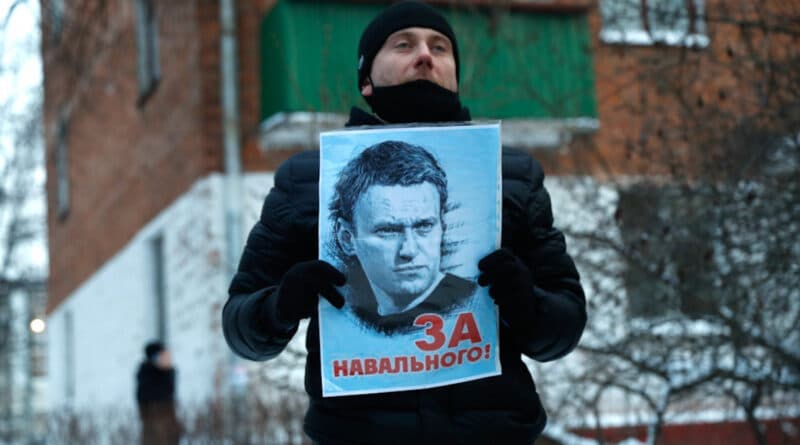 Only 48 hours in power, and already the team behind The Maidan is looking to start a colour revolution in Moscow.

Joe Biden enters the White House with an entourage of faces very familiar to OffGuardian, and many of those readers who have been with us since the beginning.

Glassy-eyed Jen Psaki is once again taking the White House press briefings. Victoria “Fuck the EU” Nuland is going to be secretary of state, and Samantha Power is hoisted back onto a platform from which she can berate the rest of the world for not following America’s “moral example” by bombing Syria back to the stone age.

It was the machinations of these people – along with Biden as VP, John Kerry as Secretary of State and of course Barack Obama leading the charge – that lead to the coup in Ukraine, the war in Donbass and – indirectly – the creation of this website. For it was our comments on the Guardian telling this truth that got everyone here banned, multiple times.

So, for us, pointing out cold-war style propaganda is like slipping back into a comfy pair of shoes.

A good thing too, because with this coterie of neocon-style warmongers comes another familiar friend: the propaganda war on Putin’s Russia. Throughout the media and on every front, all within hours of Biden’s inauguration.

Now, anti-Russia nonsense didn’t go away while Trump was President – if anything it became deranged to the point of literal insanity in many quarters – but it definitely quietened down in the last 12 months, with the outbreak of the “pandemic”.

No more! Now we’re back to good old-fashioned cold-war craziness. The media tell us that Russia was a “spectre that loomed over Trump’s presidency”, that one of the Capitol Hill rioters intended to “sell Nancy Pelosi’s laptop to Russia” and other such brazen hysteria.

Of course underneath the standard pot-stirring propaganda to keep the “new cold war” on the boil, there is the Navalny narrative. An incredibly contrived piece of political theatre that may even evolve into a full-on attempt at regime change in Moscow.

For starters, three days before Biden’s inauguration, Alexei Navalny (having supposedly only just survived the poison the FSB placed “in his underpants”), returned to Russia. Where he was promptly arrested for violating the terms of his bail.

He knew he would be arrested if he returned to Russia, so his doing so was pure theatre. That fact is only underlined by the media’s reaction to his 30 day jail sentence.

Yes, that’s thirty DAYS, not years. He’ll be out before spring. Even if he’s convicted of the numerous charges of embezzlement and fraud, he faces only 3 years in prison.

Nevertheless, already the familiar Russia-baiters in the media are comparing him to Nelson Mandela.

On the same day as Biden’s inauguration, the European Parliament announced that Russia should be punished for arresting Navalny, by having the Nordstream 2 pipeline project closed down. (Closing this pipeline down would open up the European market to buy US gas, instead of Russia. This is a complete coincidence).

And then, the day after Biden’s inauguration, the European Court of Human Rights announced they had found Russia guilty of war crimes during the 5-day war in South Ossetia in 2008. The report was subject to a gleeful (and terrible) write-up by (who else?) Luke Harding. (Why they waited 13 years to make this announcement remains a mystery)

It doesn’t stop there, already Western pundits and Russian “celebrities” are trying to encourage street protests in support of Alexei Navalny. An anonymous Guardian editorial states Navalny’s“bravery needs backing”, whatever that means.

All of this could mean Biden is “forced” to “change his mind” and pull out of the re-signing of the anti-nuclear weapons treaty. Ooops.

But are there bigger aims behind this as well? Do they hope they can create another Maidan…but this time in Moscow? That would be insane, but you can’t rule it out.

One thing is for sure, though; they work fast. Less than two days in office, and we’ve already got a new colour revolution kicking off. Speedy work.