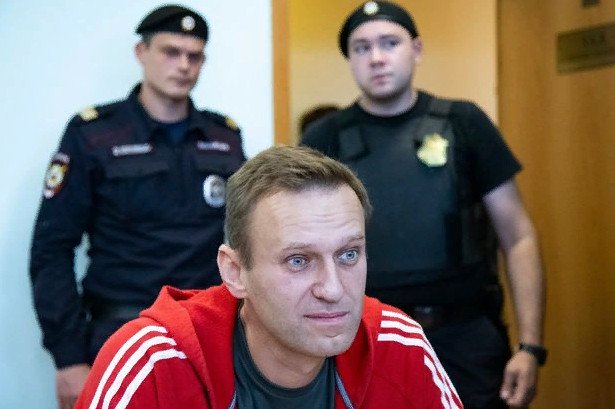 US-NATO continue building “momentum” behind Navalny incident – hope to end Nord Stream 2 pipeline before facts emerge, the pipeline is completed, and as all other options have so-far failed.

Alexei Navalny is the ideal opposition figure for any incumbent government – he is ineffective, unpopular, and transparently compromised by malign foreign interests.

According to a poll carried out by the Lavada Center – a polling organization funded by the US government itself via the National Endowment for Democracy (NED) – a mere 9% of all Russians look favorably on him and his work, with most Russians unaware of who he even is.

His continued existence and his monopoly over Russia’s equally unpopular opposition ensures that an effective opposition never takes root in grounds choked by his presence. 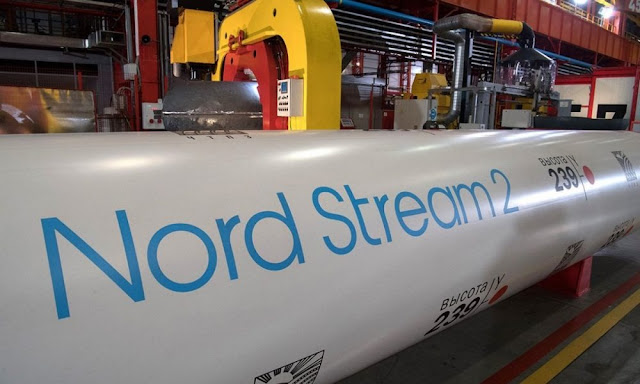 For Moscow – Navalny’s continued existence is not only not a threat, he occupies space where a real threat might otherwise emerge.

For the United States and its NATO partners who have dumped millions of dollars and political capital into Navalny’s dead-end opposition in Russia – Navalny’s continued existence is an underperforming investment at best.

He wasn’t just “poisoned.” He was allegedly poisoned with nerve agents called “Novichoks” alleged to be available only in Russia. Navalny was rushed by a shadowy NGO with opaque funding called “Cinema for Peace” to Germany – of all places.

Delivered right to the heart of what is surely one of Russia’s most important economic and diplomatic projects at the moment – it is the perfect excuse for the US and NATO to pressure Germany to abandon Nord Stream 2 – an objective Washington has struggled and failed to achieve for years.

The US and NATO wasted no time accusing Russia even with no evidence presented that Russia was responsible – not to mention lacking any conceivable motive for the alleged “assassination” attempt of such an unpopular opposition figure at such a crucial time for Russia, its economy, and its ties with Western Europe and Germany in particular.

German state media, Deutsche Welle (DW), in an article titled, “Navalny, Novichok and Nord Stream 2 — Germany stuck between a rock and a pipeline,” indirectly lays out not only the real motive behind Navalny’s alleged poisoning, but the most likely culprit as well.

Many are looking to Germany, whose Nord Stream 2 pipeline is a prominent example of selective cooperation with Russia despite concerns about the country’s approach to human rights both domestically and internationally.

The Nord Stream 2 project, which is more than 90% complete, aims to double Russia’s supply of direct natural gas to Germany. Running under the Baltic Sea, the pipeline bypasses Eastern European states, sending gas from Russia’s Narva Bay to Lubmin, a coastal town adjacent to Merkel’s constituency in Mecklenburg-Western Pomerania.

It’s noted that the pipeline bypasses Eastern Europe where the US has repeatedly toppled governments and installed client regimes hostile to Russia – complicating Russia’s delivery of hydrocarbons to Western Europe – Ukraine being a recent example. 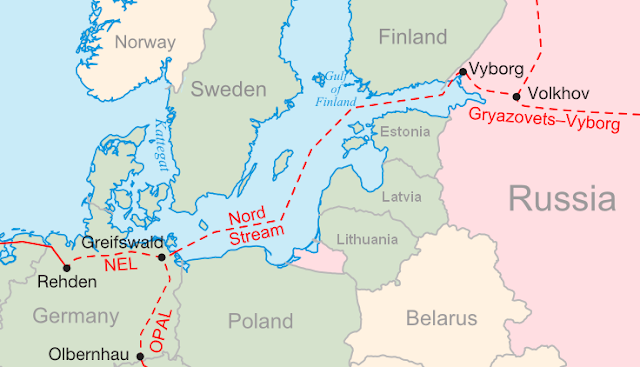 The DW article then admits:

Critics do not view Nord Stream 2 as purely a business affair, instead calling it a major win for Russia’s image and standing at the international level. The Navalny poisoning, which draws strong parallels to the 2018 Novichok attack on a former Russian double agent that the United Kingdom has accused the Kremlin of orchestrating, further complicates Germany’s efforts to keep politics out of Nord Stream 2.

“After the poisoning of Navalny we need a strong European answer, which Putin understands: The EU should jointly decide to stop Nord Stream 2,” tweeted Norbert Röttgen, an outspoken Russia critic in Merkel’s conservative party.

His voice carries particular weight, as Röttgen chairs the Bundestag’s Foreign Affairs Committee and he is currently running for the party’s leadership.

It doesn’t take an expert in geopolitics to have understood that an attempt on Navalny’s life would have provided a mountain of political ammunition for the US and NATO in its ongoing attempts to sabotage Nord Stream 2 and prevent “a win for Russia’s image and standing at the international level.”

This is the most compelling reason why the Kremlin would not have ordered it – especially so close to completing Nord Stream 2.

It must also be remembered that Navalny was flown directly to Germany after the alleged attack.

The alleged presence of “Novichok” nerve agents – had the attack been the work of the Kremlin – would have been a smoking gun and a virtual calling card left – all but guaranteeing immense pressure from across the West and in particular – pressure placed on Germany to cancel the Nord Stream 2 pipeline.

The DW article covers what the US has already done to pressure Germany, noting (emphasis added):

The Trump administration wants to sell Germany its own gas, which critics say is more expensive than gas from Russia. Sanctions have bipartisan support in Washington, and the US has already imposed them against companies laying pipe in the Baltic Sea, prompting the Swiss-Dutch company Allseas to pull out of the project in 2019. More sanctions are awaiting the US president’s signature.

Then DW quoted Sarah Pagung – a specialist on German-Russian relations for the German Council on Foreign Relations. The article would note her saying (emphasis added):

“We can’t rule [the canceling of Nord Stream 2] out as an option, but it’s unlikely,” Pagung told DW, although she said Germany could use the Navalny poisoning as an “opportunity” to shift its position on the pipeline without appearing to be caving to US pressure.

DW all but spells out the true motive of Navalny’s alleged poisoning and his “serendipitous” delivery to Germany for treatment – to serve as a catalyst for the cancellation of Nord Stream 2.

Since Moscow has absolutely nothing to gain from this – it is the least likely suspect.

Since it not only fits into the US and NATO’s openly declared agenda of coercing Germany into cancelling the Nord Stream 2 project, it also fits a pattern of staged attacks and fabricated claims used by the US and NATO to advance their collective foreign policy – they are the most likely suspects.

Consider the much worse and absolutely verified crimes against humanity the US and NATO are guilty of – with the 2003 invasion of Iraq and the 2011-onward military interventions in Libya and Syria as just two examples. Poisoning Navalny – a failed investment as a living, breathing opposition figure and turning him into a martyr – is a relatively small act of false-flag violence to create a difficult impasse for the German government regarding Nord Stream 2.

The fact that the US and NATO are rushing to conclusions without evidence – as they’ve done many times before when pushing now verified lies – only further incriminates both as the most likey suspects in Navalny’s poisoning.

For Navalny himself – his fate – if he was actually poisoned – is tragic. The very people he worked for and whose agenda he served seem to find him more useful dying than healthy in terms of advancing Western foreign policy against Russia.

There are too many “coincidences” surrounding this incident:

For a US and NATO who have sold the world entire wars based on “evidence” and “accusations” of everything from nonexistent “weapons of mass destruction” in Iraq to lies about viagra-fuelled rape squads in Libya – one more lie about an unpopular Russian opposition figure poisoned in Russia, picked up by a dubious NGO, and placed down right in the middle of German-Russian relations and the Nord Stream 2 pipeline the US and NATO are desperate to stop – fits a disturbing but all-too-predictable pattern.