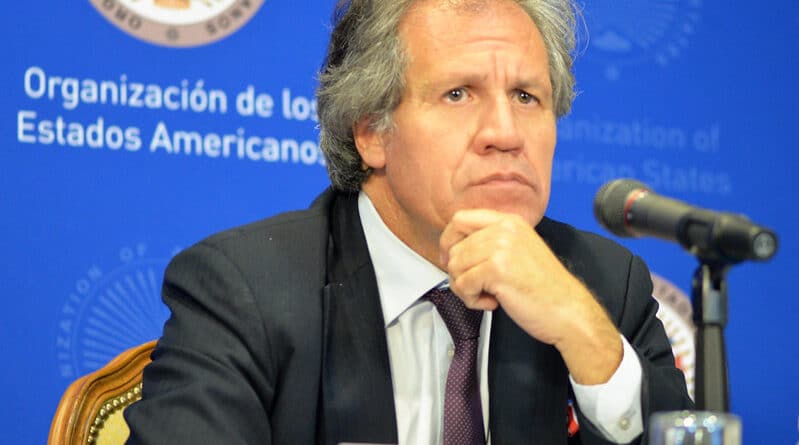 The revitalization of legitimate organizations of regional cooperation and unity, promoted by a number of Latin American and Caribbean governments, is exacerbating the crisis of the Organization of American States (OAS) without Trump in the coming year.

Experts believe that the new U.S. administration of Joe Biden will continue to utilize this association to protect U.S. interests, but also that a period of uncertainty is beginning, especially for Luis Almagro of Uruguay, the controversial Secretary-General of the OAS. The year 2020, disastrous worldwide in health, social, and economic terms, hit especially hard in Latin America and the Caribbean, although recent elections and people’s mobilizations have indicated the possibility of changes both within OAS and elsewhere.

Toward the end of 2020, leaders of a number of countries gathered to mobilize other organizations as spaces for communication and dialogue, such as CELAC (the Community of Latin American and Caribbean States), the most representative with 33 member nations, this year headed by Mexico.  CELAC, which does not include the U.S. or Canada, proposes, among other goals, to convert the region into a Zone of Peace in order to promote development.

RELATED CONTENT: PARLASUR Requests the Opening of Investigation on OAS&#8217;s Almagro for his Role in Bolivia Coup

Similarly, there have been recent statements in favor of reactivating the Union of South American Nations (UNASUR) and the Common Market of the South (MercoSur), among others, apart from the decisions of the OAS.  Bolivia will be the site of a UNASUR meeting in March, at which a new formation to be called Runasur, dedicated to the defense of indigenous peoples of the region, will be launched.

The role of Almagro at the head of the OAS during the coup d’etat against President Evo Morales at the end of 2019 was criticized despite the Trump administration’s support, and this criticism continues.  Jorge Richter, Bolivian Presidential spokesperson, reiterated the falsehood of the conclusions drawn by the OAS about those elections: beyond what is indicated by the inconsistent reports of the OAS there was no evidence of fraud.  The Parliament of South America (ParlaSur) proposed to open an investigation in January about the role of Almagro during the Bolivian crisis of 2019, demanding an explanation of “the terrible error committed suppressing Latin America and the people of Bolivia,” as ParlaSur President Oscar Laborde, from Uruguay announced.  Similarly, Adolfo Mendoza, the president of the Parliament of the Andes (PA), requested a formal hearing with reference to the actions of the OAS concerning Bolivia.

In addition, several humanitarian organizations in Argentina, where Evo Morales was forced to seek asylum, denounced Almagro before the UN Commission on Human Rights for his interventions against the sovereignty of Bolivia.

RELATED CONTENT: What is Behind the Attacks by the OAS and the Venezuelan Opposition on Trinidad and Tobago? (Güiria Tragedy)

Among other critical assessments, one of the most notable was that of U.S. Congressional Representative Jan Schakowsky, head of the Congressional Human Rights Caucus, who called for an investigation of the OAS’s manipulation of data from these elections. Regarding this, she stated to U.S media that “the OAS and Trump have a sinister alliance, which could influence the organization’s verdict on the outcome of the election.”

Within the OAS, which has its headquarters in Washington, Almagro’s actions with respect to the government of Venezuela were also under question.  The Prime Minister of Trinidad and Tobago, Keith Rowley, who will preside over The Caribbean Community (CariCom) this year,  announced that his country will not take part in new votes until the dubious current Venezuelan delegate is unseated, and a legitimate representative of  President Nicolas Maduro is included. “We go to the meetings but we are not voting on any resolutions or supporting any resolutions where the people who are sitting there representing countries are not proper,” Rowley said on the issue.

General and parliamentary elections expected for this coming year in several countries, including Ecuador and Peru, then later in Honduras, Nicaragua, Chile, and Colombia, will also contribute to possible OAS changes, although the results of all of these are unpredictable.