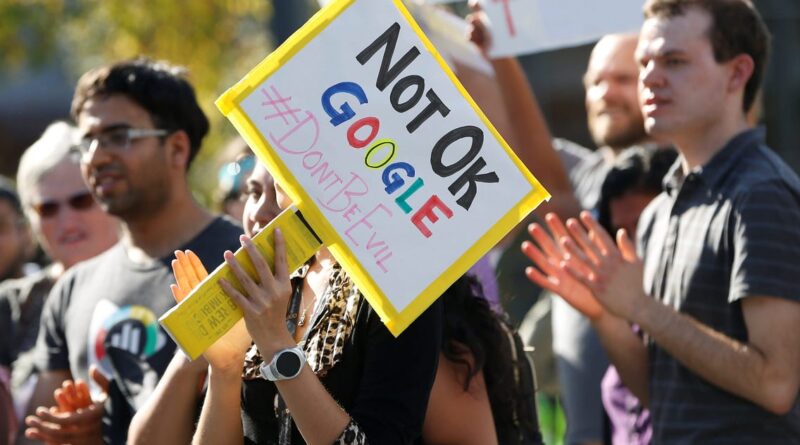 January 04, 2021.-  More than 200 Google employees on Monday announced the creation of a union, a historic first at a major technology company.

The Alphabet Workers Union, referring to Google’s parent company, is launching with support from the Communications Workers of America.

While smaller subsets of Google workers — cafeteria workers in the Bay Area and contractors in Pittsburgh — have unionized before, this marks the first effort to establish a companywide union.

“This is historic—the first union at a major tech company by and for all tech workers,” Dylan Baker, a Google software engineer, said in a statement.

“We will elect representatives, we will make decisions democratically, we will pay dues, and we will hire skilled organizers to ensure all workers at Google know they can work with us if they actually want to see their company reflect their values.”

Google workers have some history of collective action. In 2018, thousands of the workers signed a petition protesting Project Maven, a contract to help the Department of Defense track individuals in video footage captured by drones. That pressure campaign was ultimately successful, as the contract was terminated.

Google later that year announced it would end its practice of forced arbitration after 20,000 workers staged a walkout critical of the company’s handling of sexual misconduct.

In recent months the company has also come under fire for the dismissal of Timnit Gebru, a top artificial intelligence researcher at Google and one of the few women of color in the field. Thousands of Google employees signed a petition protesting her departure.

The National Labor Relations Board last month faulted Google for allegedly illegally firing two workers who were organizing against the company moving to hire a notorious union-busting firm.

The Alphabet Workers Union has several major tasks ahead of it. Gathering support from enough of Alphabet’s 120,000 workers will be daunting. Additionally, Google may not recognize the union voluntarily given its history of tamping down worker organizing.

The Hill has reached out to Google for comment.

The creation of the Alphabet Workers Union comes amid a surge of organizing at tech companies.

Around 40 Spin e-scooter workers voted to unionize in 2019, 15 employees at delivery app Instacart did the same last year and Kickstarter’s staff became the first white-collar tech workforce to unionize not long after.

Workers have also mobilized at major companies like Amazon and Facebook to press the tech behemoths to behave more ethically.

Contractors and gig workers have been some of the most vocal organizers, seeking to improve their often unstable situations.