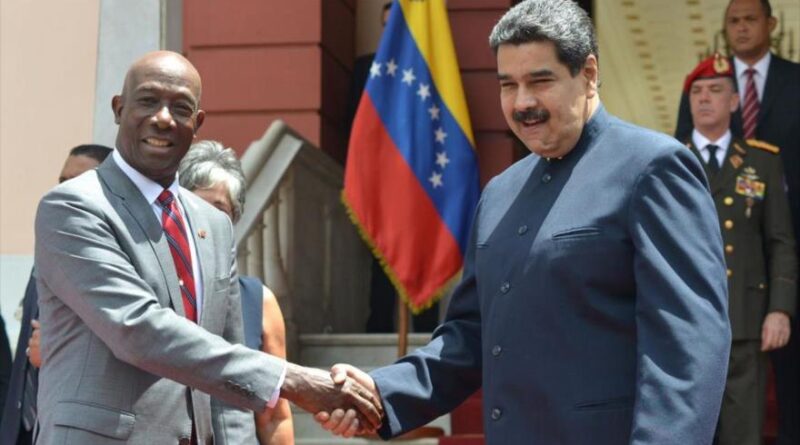 The position assumed by the Government of Trinidad and Tobago in the face of the self-proclaimed “president in charge” of Venezuela, Juan Guaidó, may be the reason why the Secretary General of the Organization of American States (OAS), Luis Almagro, and the Venezuelan extreme right have attacked hard in recent days the Executive of the aforementioned Caribbean island.

Attacks from the Venezuelan right, the so-called free press and even the US Department of State operators against the Trinidadian authorities are nothing new, but they have increased exponentially after the recent Güiria tragedy in which 28 people died in a boat-wreck of a boat belonging to a human trafficking ring that operates between the two countries.

“Attacks by the OAS and the opposition against the government of Trinidad and Tobago—with the excuse of immigration—is in response to its leadership in Caricom (the country will be its next president pro tempore), its respect for the legitimate government of Venezuela and its position in the inter-American multilateral entity,” says one of the tweets published in the aforementioned account.

The Government of Trinidad and Tobago announced this Friday, December 18, that it will not participate in any vote of the Organization of American States (OAS) until the representative of the President of Venezuela, Nicolás Maduro, is reinstated and the delegate of the opposition deputy Juan Guaidó is removed.

“We will attend the meetings, but we will not vote on any resolution nor support any resolution until the people who are sitting there representing the countries are the right ones,” announced Keith Rowley, Prime Minister of the Caribbean nation.

La Tabla highlights that “the Prime Minister of Trinidad and Tobago, Keith Rowley, who will be the next president of the Caribbean bloc (CARICOM), does not recognize Guaidó’s fantasy government, nor will he follow the OAS line. The votes of the bloc are inclined 10 in favor of the government of Nicolás Maduro and only four against.”

Rowley also rejected the statements of the Secretary General of the OAS, Luis Almagro, who had said through his Twitter account: “We call on the governments of the region to admit people fleeing the dictatorship in Venezuela seeking refuge, in compliance of the principle of non-refoulement and international law.”

The Trinidadian prime minister asserted that a “false narrative” has been promoted that the now deceased Venezuelans had arrived on the island of Trinidad, but that they were rejected and therefore drowned in the sea.

On repeated occasions, spokesmen from Venezuelan extreme right, among whom the fugitives from justice Julio Borges and David Smolansky are conspicuous, “have pointed out to the Government of Trinidad and Tobago to cooperate with the ‘dictatorship’. Their criticisms against the reelected Trinidadian government have been systematic.”

Featured image: The president of Venezuela, Nicolás Maduro (right) shakes hands with the person in charge of security matters in the Caribbean Community (Caricom), Keith Rowley.