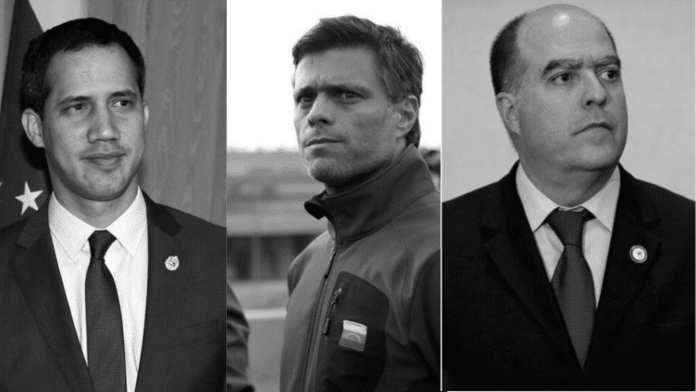 In an interview with Voice of America, the fugitive from Venezuelan law, Leopoldo López, revealed new conflicts in the crisis within Venezuelan opposition factions.

The ultra-rightist’s criticism of his supposed allies adds to a series of already frequent disputes which increased with the bankruptcy of the Monómeros company, a Venezuelan asset based in Colombia, seized by Colombia from the Venezuelan people.

In his words, López, who remains under the protection of Spanish government authorities, admitted that “the opposition is at a critical moment where they run the risk that ‘the flame goes out’ and Venezuelans believe that ‘it is not worth continuing to fight.’”

As will be recalled, the former mayor of the upscale municipality of Chacao, in Caracas, has repeatedly attempted to assault the administration in Venezuela, with the complicity of the US government. However, he accused President Nicolás Maduro of remaining in power “because of the support he receives from China, Russia, or the Islamic Republic of Iran, Cuba, and Turkey.

“We have had significant support from the United States, Europe, and the international community,” admitted López, “but a very different support. We have received political, diplomatic, and strategic support.” López conveniently neglected to mention military threats, mercenary incursions, assassinations and coup attempts, all financed by Washington and Colombia, in the last three years alone.

Criticism of Guaidó
On the other hand, Leopoldo López also pointed out the contradictions surrounding former deputy Juan Guaidó, an accomplice of the Colombian government in the dispossession of the multimillion dollar firm Monómeros from Venezuela.

“I am surprised that President Guaidó has proposed a restructuring and an external audit,” commented López, “and that the person who has prevented the restructuring and the external audit from being carried out is President Guaidó’s own foreign commissioner, Julio Borges.” Thereby, López cut into his former close ally Julio Borges, who had recently criticized Guaidó’s criminal handling of the multi-million dollar asset, Monómeros.

This crisis within the right-wing generated a clash between Juan Guaidó—who calls himself head of a non-existent National Assembly parallel to the legitimate one—and deputies of his supposed parliament.

Likewise, the statements constantly issued by members of the Justice First opposition party also reveal the distancing from Guaidó by figures such as Enrique Capriles and Julio Borges, among others. These fissures occur just weeks before the 21N mega-elections (November 21), the first elections the opposition will participate in since 2016.