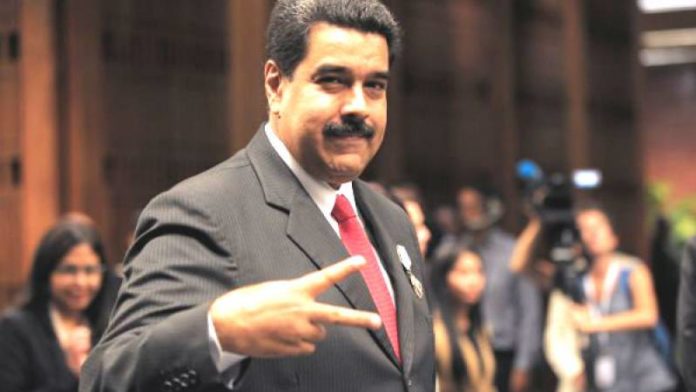 On Thursday, October 28, President Maduro called upon the people of Venezuela to inform themselves about the diverse political proposals in the upcoming November 21 regional elections, and also sent a clear message to all the candidates competing in the elections.

The president exhorted the political aspirants, both Chavistas and from the opposition, to effectively formulate their agendas as part of a major political event that will materialize as an expression of peace, harmony and democracy in Venezuela.

“The day has arrived, October 28,” stated the president. “The electoral campaign has begun in the run-up to the mega-elections of November 21. Everyone should get ready. I congratulate all the candidates from the Bloque de la Patria, the Bolivarian forces, the Chavistas and the opposition groups as well.”

RELATED CONTENT: Campaign for Venezuela’s 21N Regional Elections Begins: How Many Candidates are There?

“The people deserve the best of the best,” asserted President Maduro in his Twitter post, and added a voice message directed to all the contenders who aspire to win the people’s vote in the upcoming elections.

Popular participation
President Maduro also highlighted the faith with which all the candidates have mobilized to present their proposals and programs and to reach the voters. “Let’s get ready for a great November 21 election,” he stressed. “And may it be a great victory for democracy, for the Constitution and for the freedom of the Republic of Venezuela.”

The president urged the voters to participate in the campaigns that will last until November 18. “To you, my dear compatriots, I call on you all to get informed, join, motivate and prepare,” he said in his message.

In addition, President Maduro pointed out that the nation is setting a world record, celebrating its 29th election since the Bolivarian Revolution came to power.

Enthusiastically referring to the upcoming election which is being held in accordance with what is established in the Venezuelan Constitution, in the midst of a permanent dialogue and with a nation in peace, President Maduro remarked, “Let us go for the definitive recovery of Venezuela.”

Featured image: President of Venezuela, Nicolás Maduro, called upon voters and candidates alike to participate in the electoral campaigns and the democratic process of 21N. File photo.