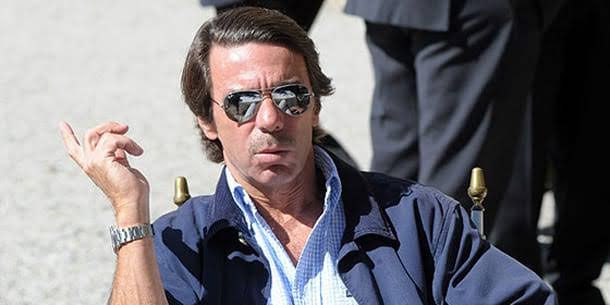 Caracas, October 3, 2021 (OrinocoTribune.com)—The President of Venezuela, Nicolás Maduro, said this Sunday, October 3, that former prime minister of Spain, José María Aznar, does not want to see how colonialism, which Aznar defends, massacred, assassinated, enslaved millions of indigenous peoples in Latin America during the Conquest and the colonial era, and robbed the wealth of the region. President Maduro said this in reference to racist statements made by Aznar in public, when the former Spanish premier recently attacked the President of Mexico, Andrés Manuel López Obrador for having requested the Spanish monarchy and the Vatican for a formal apology for colonial era crimes.

Recently, on the occasion of bicentennial of Mexico’s independence, Pope Francis wrote a letter to the government of Mexico, formally recognizing and apologizing for the crimes committed by the Catholic Church against the indigenous peoples of Mexico during the conquest. The king of Spain is yet to respond to López Obrador’s letter.

President Maduro reiterated that Spain must apologize “to the peoples of Latin America and the Caribbean for the crimes committed” during the conquest and colonization of the continent. Maduro, like his predecessor Hugo Chávez, had already requested in 2017, 2019 and 2020 formal recognition of the crimes by the European former colonizers, similar to what President López Obrador of Mexico requested in 2019.

“Spain has to make a great historical rectification for the crimes committed by the Spanish empire against the peoples of America, it has to make a great recognition and ask… for forgiveness from the peoples of Latin America and the Caribbean for the horrible crimes that it committed against our ancestors,” said Maduro during a working meeting on COVID-19 this Sunday, broadcast by the state TV channel Venezolana de Televisión (VTV).

“European colonialism came to massacre, loot, steal, devastate and enslave all of America,” continued the Venezuelan president, “something that the former prime minister of the Spanish government, José María Aznar, does not want to see.” President Maduro also criticized Aznar’s racist attacks against Mexico’s AMLO.

On Thursday, Aznar mocked the request of the government of Mexico to the Spanish monarchy to apologize for the empire’s colonial era crimes. In a racist and white supremacist attack, Aznar stressed that both the name and surnames of President Andrés Manuel López Obrador have Spanish origin, as if this is not another evidence of the atrocities of the European colonizers, who had forcibly evangelized the indigenous peoples of America in an attempt to obliterate their cultures.

“‘And what’s your name?” Aznar said mockingly during the national convention of Spain’s Popular Party (PP), referring to the Mexican president’s letter to the king of Spain. “My name is Andrés Manuel López Obrador. Andrés for the Aztecs; Manuel on the part of the Mayans; López is a mixture,” was Aznar’s cruel joke, in the typical supremacist tone of fascist and racist people.

When asked about Aznar’s supremacist comments, López Obrador’s response was “love and peace” for Aznar and people like him. He insisted on forgiveness for everyone, and refused to “polemicize” the issue or make it personal.

“Love and peace,” said President López Obrador this Friday, at his usual morning press conference. “Please remember that we must forgive. Not forget, but forgive. It is an act of humility to offer forgiveness; it is an act that dignifies both the one who offers it and the one who receives it, forgiveness.”

Referring to this matter, Maduro emphasized that Aznar “does not want to see how Spanish colonialism… massacred, assassinated, exiled and enslaved millions of indigenous peoples” and then “transferred, enslaved and massacred 50 million of our African brothers and sisters who were abducted and brought to this part of the world.”

“That is what José María Aznar does not want to see in his stubborn colonialist, racist vision,” concluded the Venezuelan president a few days before the celebration of what in Venezuela is the Day of Indigenous Resistance, on October 12. Until some years ago the day was called the Race Day (Día de la Raza) or Columbus Day (Día de Colón), and it was President Hugo Chávez who declared October 12 as the Day of Indigenous Resistance. At present, many cities, regions and countries throughout the American continent have opted to call the day something different, but all recognizing the indigenous cultures and peoples that have fought and survived despite all attempts by the European conquistadores to wipe them off the face of the earth.