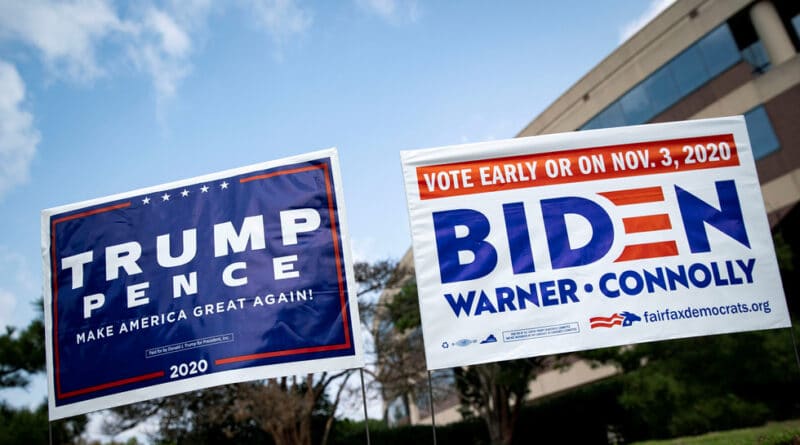 News US Electoral System
October 14, 2020October 14, 2020 orinocotribune 2020 US Presidential Elections, US, Virginia
October 13, 2020.-  Virginia’s entire voter registration system has been felled by a rogue cable, according to the state’s info-tech agency, which blamed an “accidentally-cut” line for an outage that may stop procrastinators from voting altogether.
The ‘Citizen Portal’ that allows Virginian residents to register online to vote in the 2020 election was knocked out on Tuesday morning – the last day state residents were allowed to register, the Virginia Board of Elections has revealed, posting notices to its website and Twitter account.

This morning we were alerted by VITA that a fiber cut near the Commonwealth Enterprise Solutions Center was impacting data circuits and VPN connectivity for multiple agencies. This has affected the citizen portal along w/ registrar’s offices.

The agency explained that it had been alerted by the Virginia Information Technology Agency that “a fiber cut near the Commonwealth Enterprise Solutions Center” during roadside maintenance was the culprit, sabotaging both “data circuits and [Virtual Private Network] connectivity” for “multiple agencies,” including the office in charge of registering voters.

RELATER CONTENT: American Voters Only Have the Illusion of Choice: Geopolitical Analyst

While a spokeswoman for the Board of Elections attempted to assuage voters’ fears by telling reporters that Verizon techs were busily working to restore service, as of Tuesday afternoon, there was still no estimate “if, or when, the problem would be fixed,” according to multiple local media outlets.
Voters determined to register can still print and fill out a paper application, as long as the mailed form is postmarked Tuesday.

It’s not clear if there are plans to extend the voter registration deadline or if procrastinating would-be voters are just out of luck. Lt. Governor Justin Fairfax has called for an extension, but the Board of Elections has made no statement one way or the other.

Some counties warned that anyone attempting to vote early in person would be given a provisional ballot – an option which has in previous elections been equivalent to having one’s vote thrown into the trash. The fate of provisional ballots was not forgotten, and several took to social media to advise against settling for such a “solution.” Others warned the state that if they didn’t extend the registration deadline voluntarily, lawyers would be standing by to force their hand.

!Voters! This means you must demand an extension. Provisional ballot isn’t good enough. Don’t let them take away your vote.

So you will be extending voting hours to compensate, no?

Tuesday’s crash was actually predicted in September, when state officials warned the Virginia Election and Registration Information System (VERIS) was not “sufficiently functional or reliable” and hinted it might fail on Election Day. Already labeled “unreliable” in 2018 after server failures during the 2014 and 2016 elections, the system is due to be replaced in July 2022. Errors have been cropping up since the first day of early voting last month, when Fairfax City residents’ votes went unrecorded due to a computer error.

Nor was the last minute crash Virginia’s first. In October 2016, the state’s online voter registration system also collapsed the day before the deadline, leading several voting rights groups to file a lawsuit that forced the state to extend the registration deadline.

Despite extended in-person voting in more than 35 states and dramatically stepped up mail-in voting nationwide, Americans in some areas are still reporting voter fraud and voter suppression tactics by their local governments, and countless images of ballots addressed to dead people or printed with incorrect information have been shared on social media.

Images of absurdly long lines at the polls in the state of Georgia, which began in-person voting on Monday, have also gone viral, with some voters claiming to have waited as long as 11 hours to cast their ballots. Local officials blamed faulty voting equipment and pandemic related spacing requirements for the snafu.