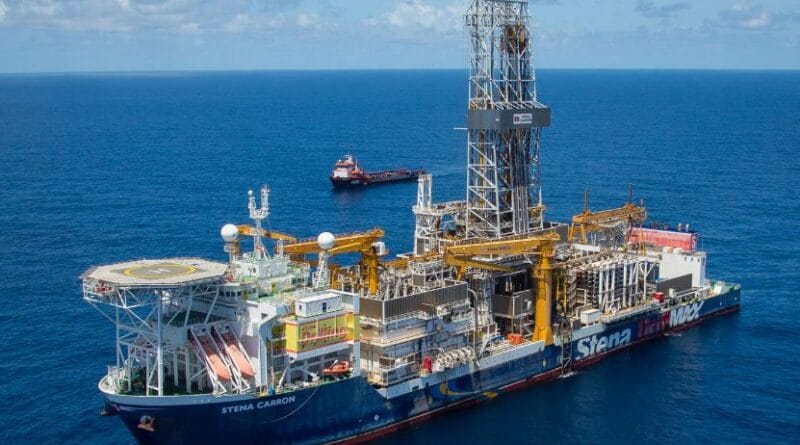 Oil expert Einstein Millan takes a look at the hot topic of Exxon Mobil’s oil exploration in the disputed strip between Venezuela and Guyana.

The historical dispute between Venezuela and Guyana concerning the delimitation of the Essequibo Strip has recently been stoked up once again.

Control over the strip would not only drastically affect the administration of a region rich in strategic hydrocarbons and minerals, but also the projection of Venezuela’s Atlantic front.

Local media has recently reported Canada’s, the US’ and of course the UK’s support for the Guyanese position on this issue, which is based on the hydrocarbon resources found there. On the Venezuelan side, Maduro’s government approved a decree for the creation of a defence and development zone on its Atlantic front and the Armed Forces offered information on patrols in the area.

However, despite being an old problem, Venezuela has never drawn up a detailed and comprehensive developmental action plan for the Essequibo, something it should have done a long time ago. The great problem with our politicians and part of our population is the passivity and delay in tackling problems that harass the nation, with politicians often putting their party and power interests before our national interest.

While Guyana has busied itself with developing the reclaimed strip without much protocol or bell ringing, only speeches and decrees can be heard in Venezuela.

In the case of Georgetown, the recent increase in the level of military aggressions by not only the US but also Commonwealth countries stems from the support of [US oil giant] Exxon Mobil and a group of companies such as [fellow US oil firms] Hess, Chevron, Anadarko and [UK oil firm] Tullow. The transnationals have created great expectations for fast development of the region due to the exploitation of its extensive hydrocarbon resources (not reserves), which are about 8 or 9 trillion barrels. These resources, however, do not seem technically or economically sustainable in reality and in the magnitude initially reported after a year in operation. Apart from the aforementioned operators, Spain’s Repsol and Norway’s Equinor are also working in the Strip, among others.

The Stabroek oil field lies about 550 kilometres south-southeast of the CoroCoro field, located north of [the Venezuelan town of] Pedernales. This field was initially developed by a consortium made up of [Venezuelan oil firm] PDVSA and [US oil firm] ConocoPhillips. The latter, alongside Exxon Mobil, quickly immersed itself in a highly controversial debate with PDVSA from 2006 onwards concerning royalties, shareholder rights and the type of company to be formed during the administration of [former PDVSA President] Rafael Ramirez. Following the controversy, the Venezuelan government transferred control of the Corocoro field to a joint venture controlled by PDVSA and [Italian oil firm] ENI.

It was all part of a plan to subtract confidential, strategic and expensive information for free, which has been running through the defunct Cristóbal Colon Deep Water project and the Exxon Mobil subsidiary Lagoven since the end of the 1970s and early ’80s. This information is today used against us.

Starting in 2015, Exxon Mobil formalised its intention to develop the assets off Georgetown’s coastline. The Guyana government of the time was desperate for funding and the country, which was close to bankruptcy. The development offered large tax dividends as long as what was already known was confirmed through exploration, as part of a totally unfair agreement. This is how the current operators of the Stabroek field in Guyana begin their route to where they are today.

Deep down, Exxon Mobil’s real motivation was another. The operations are to stop the firm’s decapitalisation that began with the collapse of oil prices in 2014 and was complemented by the decline of its reserves, failed operations, and the abrupt recoil of the shale oil/gas market. This hemorrhage continues today.

The firm’s shares have gone from about US $93 in 2014 to less than US $32 in October 2020. They currently sit around US $47, having suffered a reduction of about 50 percent in value. Even with all the propaganda and announcements of alleged recurring successes, the corporation is failing to attract investor’s attention, continuing the collapse of its shares since the very beginning of its operations in Guyana on December 20, 2019.

The truth is that Stabroek’s assets appear to be the only somewhat lucrative ones at current oil prices. However, they do not appear to guarantee the sustainability of the production plateau in the medium term given the inherent characteristics of the reserves, which, in just one year of production have gone from an oil-gas ratio of less than 500 PCN/BN to about 1,150 PCN/BN, showing a marked dissipation of energy in the field despite it being subject to fluid injection since at least the second quarter of 2020. From this point onwards, we can see the transnational’s need to rapidly incorporate more and more fields into its productive apparatus.

Despite Exxon Mobil’s recurring operational failures, Guyana has been positioned among the ten countries in the world with the highest volume of burning and venting of toxic gases per capita only months after production began. The rest of Guyana’s largest offshore licenses are found in deep and vast waters, which, apart from being highly compartmentalised structures, bring limited, high-risk and saturated deposits. To this day, operators in Guyana speak only of resources and not of reserves, since the profitability has not yet been commercially established in the vast majority of the fields.

For this reason, Tullow announced a delay in its investments despite having an even more favourable agreement than Exxon Mobil, in which only one percent of royalties (compared to 2 percent for the latter) would be paid.

On the other hand, Exxon Mobil-Hess drilling in the Kaieteur block, which is adjacent to Stabroek, proved non-commercial. Similarly, the cost of production was initially estimated to be US$35 per barrel for phase I of the Liza field, but operational results predict that this could be significantly higher.

It is here that under ideal conditions, with a well-operated and vertically efficient PDVSA, Venezuela could enter the market to compete and close off the way for firms not only from Guyana, but also from the rest of the neighbouring producers. We have the potential, and all that is really necessary is to place Venezuelan talent at the service of PDVSA and the nation. However, everything seems to indicate that Maduro’s government has plans that are not exactly focused on recovering our global presence.

As has been previously stated, it is my opinion that PDVSA should reduce its exposure to assets that raise unit costs and represent the greatest impact in an elevated operational cycle, as is the case with Orinoco Oil Belt and offshore projects.

These assets represent a strategic area in terms of geopolitical control, being the first column and the front for the country’s resources. However, they are fields that border or lie close to neighbouring countries, some of which are political enemies of the government and/or competitors in oil and gas. The treatment of these areas deserves an additional ingredient: the presence of operators with robust military outfits that defend their interests and investments under clearly established rules.

Einstein Millán Arcia is a Venezuelan oil and gas specialist with a Ph.D. from Oklahoma University. He has written over 250 opinion articles on the matter.