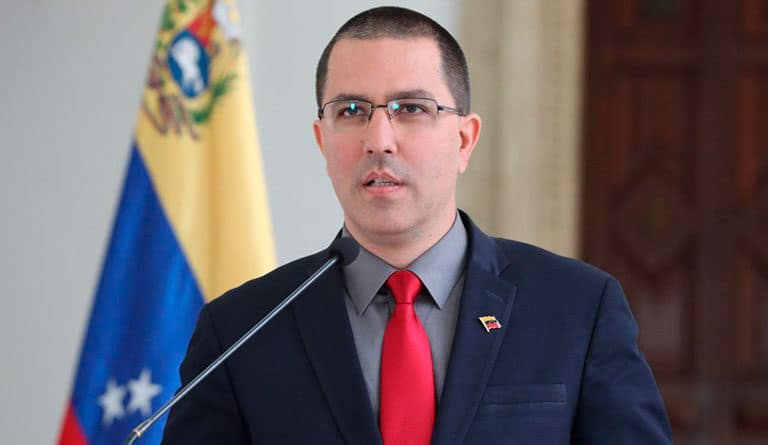 Venezuelan Foreign Affairs Minister, Jorge Arreaza, rejected the interpretation of the 1966 Geneva Agreement made by the International Court of Justice (ICJ) in the case of the partial lawsuit of the Cooperative Republic of Guyana against Venezuela.

The diplomat expressed this through his account on the social network Twitter, “The interpretation made by the Court of the 1966 Geneva Agreement ignores the spirit of fairness and the fundamental search for conciliation between the parties, as the Agreement was conceived.”

Through a statement, the Foreign Minister explained to the national and international community the position of the Venezuelan State on the decision of the ICJ that was read in a hearing by video conference on December 18, in relation to the partial claim filed by the Cooperative Republic of Guyana against the Bolivarian Republic of Venezuela on the validity of the Arbitration Award of 1899.

It stated that Venezuela rejects the judgment issued by the ICJ in the aforementioned terms, while claiming the validity of the 1966 Geneva Agreement and ratifying that it will continue to support and exercise its claim against the mockery and deception that was the Arbitration Award and the damage that it entailed to Venezuela’s territorial integrity.