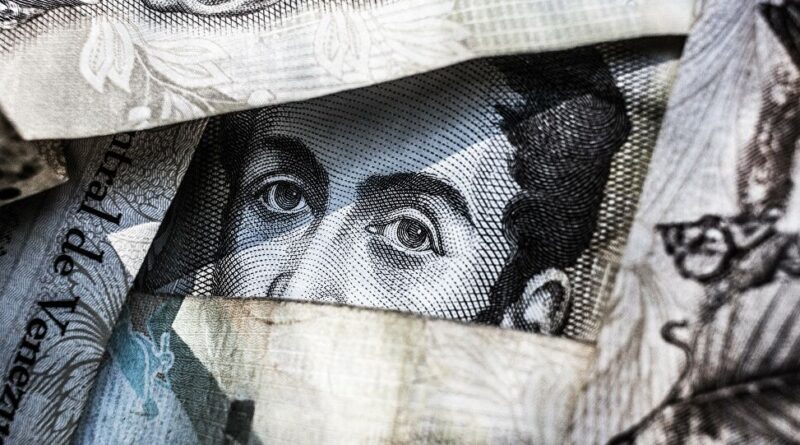 Venezuelan GDP fell about 70 percent from 2013 to date, and the economy is in stagflation. Pasqualina Curcio, a Venezuelan economist, explains to Sputnik why this situation came to be, what the government has done, and some of the main dilemmas that the country is currently facing.

Venezuela is under a process of stagflation, that is, recession and inflation, since 2013. This was the first characteristic pointed by Pasqualina Curcio, economist, professor at the Simón Bolívar University in Caracas, and author of a series of books on the past and present of the Venezuelan economy.

Gross domestic product (GDP) fell around 70 percent from 2013 to date, explained Curcio. Furthermore, with the “inflationary process, even hyperinflationary, we have had price variations greater than 50 percent per month. At the peak in 2018, it reached 130,060 percent, according to official figures.”

GDP and inflation are, along with unemployment, some of the great indicators of the economy. The latter, according to the presidential message before the National Assembly, stands at 8.8 percent for 2020, two points more than in 2019, which, for Curcio, “despite the significant drop in GDP, is not an alarming figure for unemployment.”

With these numbers, we get a picture of an economy that underwent great transformations. “The important thing, in addition to the characterization, are the causes,” said the expert, for whom there are several central elements that account for the current situation.

The causes
Starting in 2013—when the government of President Maduro began—”the process of economic warfare intensified, which is part of an unconventional war,” according to Curcio’s analysis.

The development of the economic warfare had, from that date, several decisive moments and elements. One of the first was “a programmed and selective shortage of goods, in 2013, 2014, 2015 until 2016, which was not caused by a drop in production, but by an alteration of the distribution mechanisms.”

Parallel to this internal phenomenon, “and in a covert manner,” she explained, international actions began, such as “manipulation of the financial index of national risk when Venezuela was punctually complying with its external debt commitments, leading to problems carrying out financial transactions.”

A central moment in the escalation was in August 2017, coinciding with the beginning of the National Constituent Assembly, when the coercive measures against the Venezuelan oil industry and the state company PDVSA , the backbone of the national economy, began. The aggression then went from covert to open.

RELATED CONTENT: Messi and the ‘Dollarization’ of the Venezuelan Economy

“The financial obstacles were formally initiated. PDVSA was prevented from refinancing its debt, making its payments, acquiring spare parts and supplies for production, and in Venezuela PDVSA is the company that historically generates 90 percent of the country’s foreign currency income “explains Curcio.

The attack on PDVSA unleashed several consequences: when production fell, with a minimum of 400,000 barrels in 2020, “exports fell, foreign exchange earnings fell, and consequently we had fewer resources to import final consumer goods, inputs, raw material, and spare parts for the production not only oil, but for the rest of what an economy needs.”

Sinking the bolivar
Another weapon they have applied, which explains inflation in particular, is the attack on the bolivar [Venezuelan currency], explained Curcio, who pointed out that, although the first attacks on the currency began in 2006, when “they began to position an alleged price of the bolivar, which was not the true price,” the central attack began from 2012-2013 and became more acute in 2017.

“That’s what generated the hyperinflation, from 2012 to today, according to the websites that position a supposed price of the bolivar [black market dollar or parallel dollar], that supposed depreciation of our currency is around a trillion percent.” In 2012, one dollar was equivalent to eight bolivars, and currently it’s equivalent to 1.5 million sovereign bolivars, that is 150 billion in bolivars before the 2018 reconversion [erasing five zeros to the bolivar].

“With all responsibility, many things happened in Venezuela these years economically, and politically, but they can’t explain why the bolivar depreciated one trillion percent.”

That attack on the currency was confessed to in December 2019 by US Senator Richard Black, who stated, regarding Venezuela, “we have demonetized your currency, and, through the international banking system, we made the Venezuelan currency worthless. And then we go and say ‘look how bad this government is, its currency is worth nothing.’ Well it was not them, we were the ones who made its currency useless.”

The effects
The attack on the currency unleashed critical effects on the economy. By generating a hyperinflationary process, with a “daily, rapid and disproportionate increase in prices,” real wages deteriorated.

With this deterioration “the purchasing power of households was lost, consumption priorities are established, things are left un-purchased, and that has repercussions on production, because if they don’t have buyers then they don’t necessarily produce, and it generates a contraction in the economy.”

A similar phenomenon occurred in the public administration of the state, according to Curcio analysis. There, in the face of unpredictable inflation, “the planned budget was not enough for the State. It impacted on its performance in all the services it provides from electricity, water, telecommunications, health, education, the prison service, judicial,” something that is visible in Venezuelan daily life, particularly outside the capital of the country, Caracas.

The answers
The Government developed various responses over the years. Faced with shortages, for example, the Local Supply and Production Committees were created in 2016, which allowed the generation of an organization process to distribute food subsidized by the State.

At the beginning of 2018 “the creation of the petro was announced , which was born as a cryptocurrency, mainly to circumvent the blockade of the financial system.” A few months after its creation, the petro was sanctioned by an executive order from Trump.

In August of that year, the Government announced the Recovery and Economic Prosperity Plan. “it made a wage adjustment of almost 3,700 percent. However, that adjustment in September already began to deteriorate again. They began to attack the bolivar again, and in less than a month they doubled the exchange rate devaluation.”

The Plan incorporated another central measure: the flexibility of foreign exchange control. “It was done with the hope that private foreign investment could come, because one of the excuses was that they had nowhere to freely trade currencies,” explained Curcio. However, “investments have not necessarily arrived, not because the exchange system is not free, but because they are observing the stagflationary situation that generates instability at the time of making investments.”

The ongoing situation caused by the economic blockade led the Government to approve the Anti-Blockade Law in October 2020, in order to, among other goals, attract private capital.

The Anti-Blockade Law
“A law against the blockade is necessary,” says Curcio. However, she raised doubts about its effectiveness: “Certainly we require that foreign currency enter, but to what extent will these currencies, if they do come, end up flying in a free exchange scenario, within the framework of an induced depreciation that continues with the attack on the bolivar?”

It’s still early to know the effectiveness of the Anti-Blockade Law, in particular because its clauses indicate that the investment process is not made public. But Curcio, a researcher on the history of the Venezuelan economy, maintains that “to think that now that the private sector and foreign private investment are the ones that will solve the current problem in Venezuela is naive, if we look at behavior over more than half a century.”

According to her, “the Venezuelan State has sufficient resources, it’s not only oil, there is also gold and other minerals, in order to face this economic warfare. It doesn’t mean that private capital will not come. If they come and carry out the few currencies they create, as they have done in the past, then we are not solving the problem.”

The dilemma
Finally, Curcio raises a central debate: how the wealth generated in the country is distributed.

“In inflationary processes, and above all hyperinflationary, the inflation ends up affecting the working class the most, by way of wages, because while the owners of capital have the possibility of fixing prices in the correlation of forces of the market, especially if they are monopolies, the worker does not have the possibility to set his salary.”

According to numbers from the Central Bank of Venezuela, in 2014 private capital appropriated 31 percent of GDP, 36 percent was for wage earners, and the State obtained 13 percent. In 2017 that number—more up-to-date data—was modified in favor of private companies, which came to obtain 50 percent, and to the detriment of workers (18 percent) and the State (9 percent).

Thus, in the process of reducing GDP, the total was distributed in an increasingly unequal way in favor of “the owners of capital.” Real wages from 2018 to date fell 99 percent, and while the state remained close to 75 percent of the budget for social investment, that amount was reduced by the total received by the State.

Curcio insisted that “it cannot be the working class that receives the greatest impact of the economic war.” One of the first steps is to increase wages, and one of the ways is through taxes: “the most progressive is income taxes and large fortunes… It’s a matter of redistribution, it is capital that is being carried out of the country in a proportion bigger than before, and historically they have not paid enough taxes.”

However, “in a revolutionary process the dilemma should not exist, the priority is the worker, the working class, their living conditions, living standards,” she said.