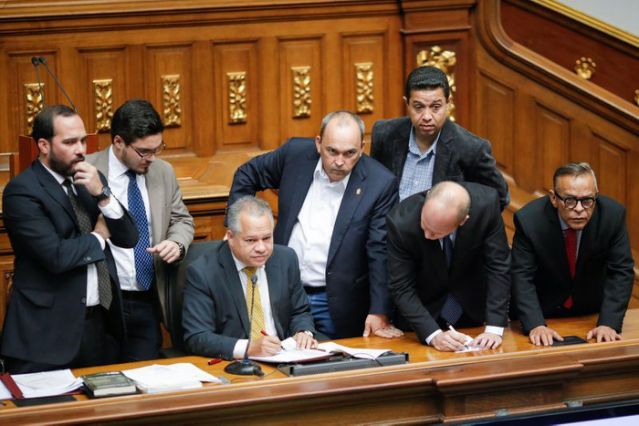 The parties of the so-called G4 (Popular Will, Justice First, Democratic Action and A New Time) intend to implement a virtual parliament so that their deputies fugitive from Venezuelan justice can vote “online” in the National Assembly (AN), and thus ignore the alternate deputies, the parliamentarian of the “Bloque de la Patria” party, Francisco Torrealba, complained Tuesday.

“The deputy (current president of the AN, Juan) Guaidó knows that he does not have the numbers to be re-elected on January 5 2020, that is why he is so nervous and he intends to carry forward, along with the G4, a madness like ignoring the presence and historical existence of alternate deputies in this parliament, so that if they try to create a virtual parliament, they will have to believe it in a cloud, because here in the Federal Legislative Palace the decisions are made with the deputies present in the House, not with the absent ones”, sentenced Torrealba in statements to the press.

He explained: “These follies of the deputy Juan Guaidó have no relevance in a country where a Constitution and the Internal Debate Regulation, which is the law of the Republic, are respected.”

In this sense, William Gil, deputy of the Bloque de la Patria, stressed that “they (the deputies of the G4) want to do it from abroad, allowing fugitives from justice to vote, and want to violate the Constitution, and we alert the Venezuelan people: we, the deputies of the Bloque de la Patria, will stand firm and we will defend the Constitution of the Bolivarian Republic of Venezuela.