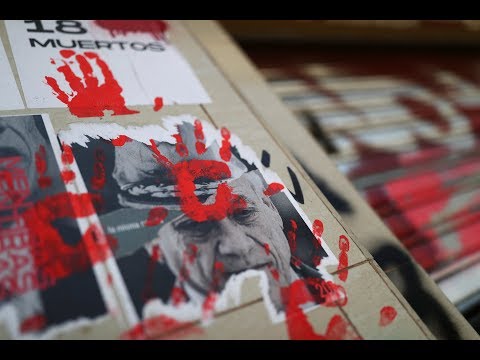 The complaint has been filed in relation to the abuses committed during the repression of the social protest by police forces.

The Court of Guarantees No. 7 of Santiago de Chile admitted a complaint on Monday against President Sebastián Piñera for crimes against humanity, in relation to the abuses committed during the repression of the social protest.

The complaint was filed by Senator Alejandro Navarro (MAS party), and also targets Interior Ministers Andrés Chadwick (already resigned) and Gonzalo Blumel; to the general director of Carabineros, Mario Rozas; and to the commander in chief of the Army, Ricardo Martínez.

The complainant, who confirmed the acceptance of his complaint through a note posted on Twitter, considers them responsible for committing human rights violations, “for the dozens of people who have lost one or both eyes since October 18 due to the repression of state agents. ”

The accusation is based on article 5 of Law 20,357, which typifies crimes against humanity and genocide, as well as war crimes.

RELATED CONTENT: Chile: As Many as 352 Eye Injury Cases Due to Repression

The rule considers that a crime is against humanity when “the act is committed as part of a generalized or systematic attack against a civilian population,” or “that the attack responds to a policy of the State or its agents .”

If the complaint is successful, the president of Chile “risks up to 20 years in jail,” said Navarro, legislator for the Biobío region.

“This is a complaint that seeks justice, and justice, in this case for human rights violations, is a prison sentence for Piñera. It is the only way that these facts are not repeated, with justice for the pain of the victims, for the mutilated, for those who have become blind,” he concluded.

Last week, the Chamber of Deputies of Chile dismissed a constitutional accusation against the president for human rights violations in the context of the social conflict, a resource that if advanced led to the removal of the president, and a suspension from hold public office for a span of five years.